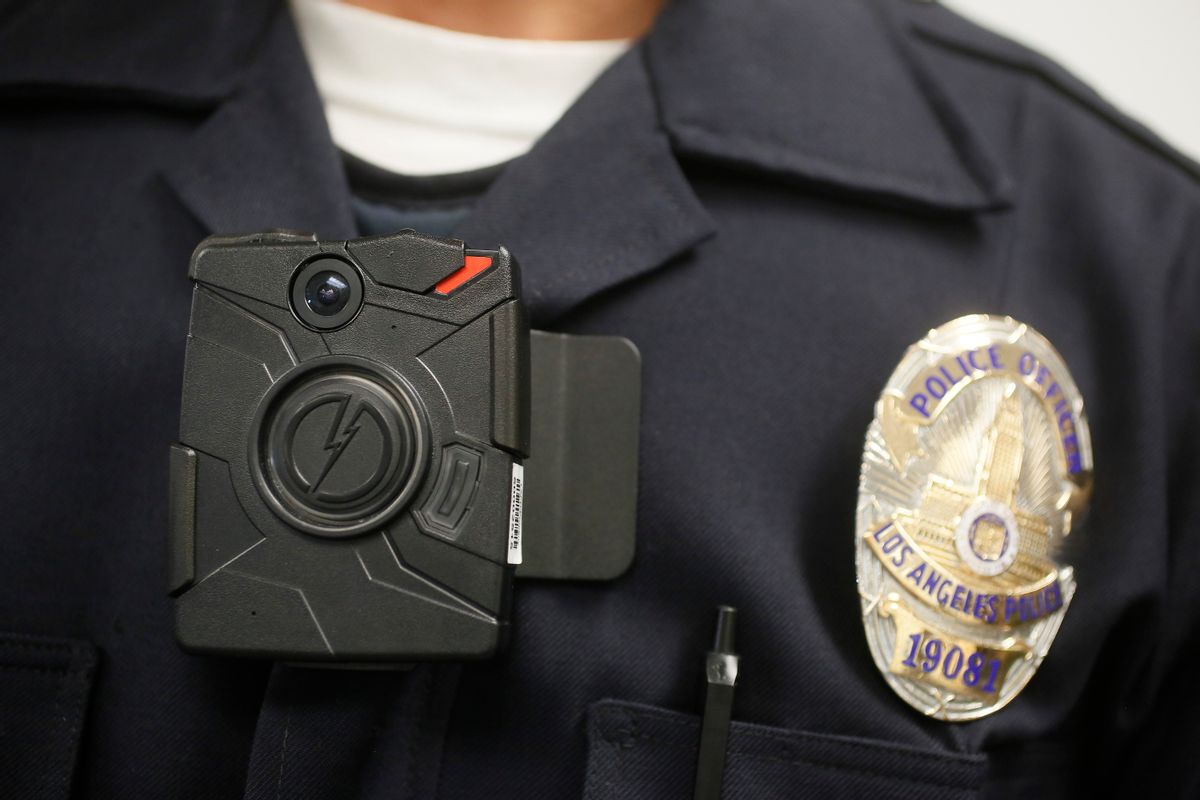 FILE - In this Jan. 15, 2014 file photo, a Los Angeles Police officer wears an on-body camera during a demonstration for media in Los Angeles. The fatal police shooting of the unarmed black teenager in Ferguson, Mo. has prompted calls for more officers to wear so-called "body cameras," simple, lapel-mounted gadgets that record the interactions between the public and law enforcement. (AP/Damian Dovarganes)
--

After unarmed teenager Michael Brown was fatally shot by Officer Darren Wilson in Ferguson, Missouri, many conflicting accounts of what occurred during the fatal incident began floating around. Was Brown the aggressor, as Wilson claims? Did Wilson really have legitimate fear for his well-being? Or, were Brown and his companion Dorian Johnson unfairly targeted? Is it true that Brown had his arms up in surrender? These questions and more could have been avoided if Wilson and the rest of the Ferguson Police Department had been wearing body cameras.

Well, now they are, thanks to a donation of around 50 cameras by companies Safety Visions and Digital Ally last week.

"We are still playing with them," [Police Chief Tom] Jackson said.

The cameras are being assigned to squads, and each officer will get one to use, he said.

Jackson said the officers had the devices on during the protest march on Saturday and were able to capture video images of crowd members taunting officers...

Michael Brown's death brought the issue of police brutality into the national spotlight, leading a number of police forces to take similar measures. The nearby town of Ellisville recently approved the spending of $7,500 on body cameras, while other counties have seen marked decreases in the use of police force with body camera programs. As of now, only one in six police departments in the U.S. uses some type of body camera.

A recent Cambridge University study focused on the police department in Rialto, California, and found that the use of body cameras led to an 89 percent decrease in the number of complaints against officers, as well as a reduction of the number of times police used force in just one year.

According to the Wall Street Journal, the use of body cameras leads to a change in psychology for all involved parties -- when people are under the impression that they are being watched, they generally behave better. Jay Stanley, senior policy analyst at the ACLU, said, "This is a technology that has a very real potential to serve as a check and balance on police power."

A petition to establish the "Mike Brown Law" mandating that all police wear cameras currently has 152,000 signatures.