Reddit freaks out over McKayla Maroney photos, for all the wrong reasons

Users fret about the consequences -- for themselves 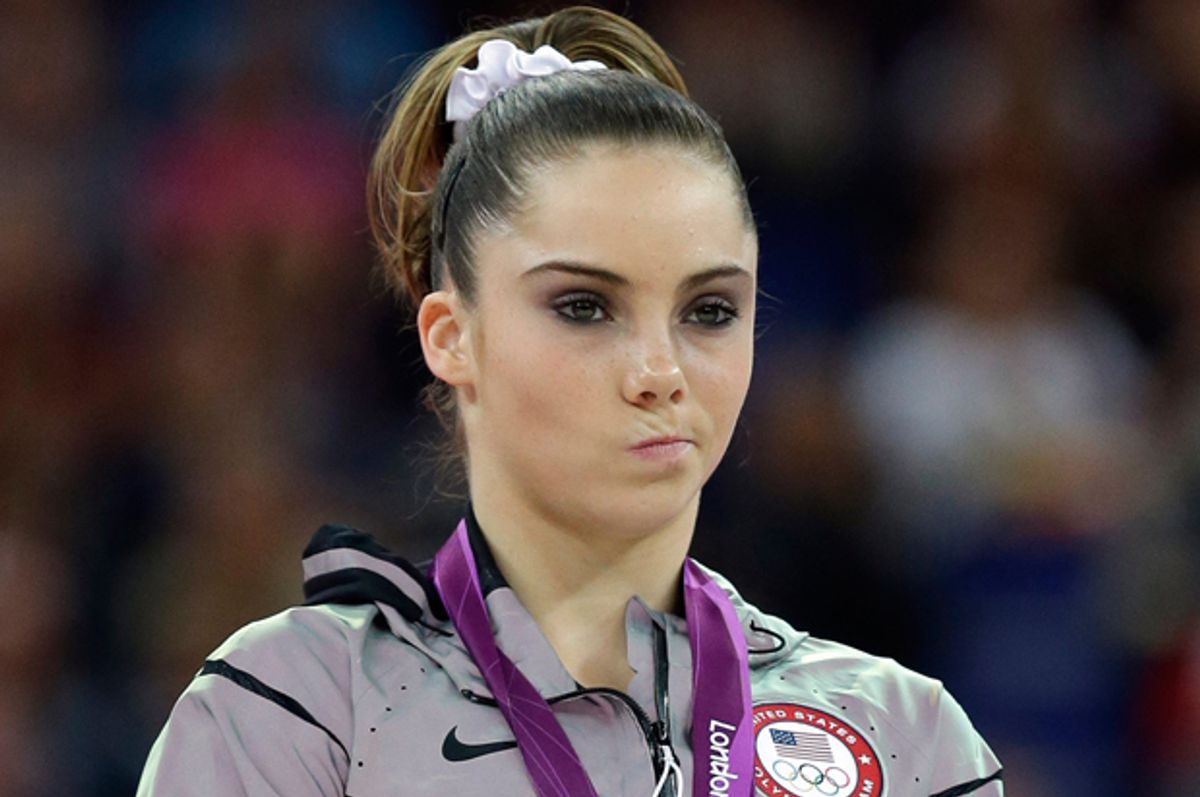 As BuzzFeed first noted Tuesday evening, among the photographs in the notorious collection were some purporting to be of Olympic gymnast and epic shade thrower McKayla Maroney. Reddit has now issued a stern warning to its fappenistas that "Effective immediately: any images/galleries/torrents/mega dumps/etc containing McKayla Maroney or Liz Lee will be immediately removed due to the fact that they were underage in the photos taken…. It is considered CP (Child Pornography), and breaks reddit's site-wide rules (in addition to international law, age of consent is completely different than child pornography), and will get this subreddit banned if we were to allow them to be posted." MTV actress Lee was not part of the initial leak, but is the subject of rumored nudes taken by her ex-boyfriend when she was 16. Reddit admins say, "He is a current sex offender because he posted them to 4chan."

Whether the photographs are of Maroney or not is almost beside the point. What's illuminating is the fantastic prior level of utter disregard the fap enthusiasts – plenty of whom, let's remember, are lonely, middle-aged dirtbags – have for the teenage girls they're beating it to. They have to be warned not that they're being scummy little creeps getting off to stolen images, but that if they're not careful they could get their sad, used-tissue-littered playground banned. So here's to you, fapsters, you supremely under self-actualized bunch. Because you've really got to hand it to the commenter whose level of concern is explicit enough to query, "How about the picture of her taking a picture in the mirror, which shows no visible nudity and she has a layer of clothing on? Would that count as CP?" And to the amateur critic who reassures, "There was only one topless picture from what I recall and it was certainly not impressive." And to the guy who asks, "What about her pic showing the butt, but clothed? its not cp actually (damn that butt tho)." And most of all, to the curious user who wonders, "Non-celebrity girls have been prosecuted for taking and sending nude photos. How can they punish guys for receiving it and not punish her?" Oh, don't you worry your head over that one, buddy. I'm sure just the mere thought of someone like you having an orgasm to her photograph is punishment enough.