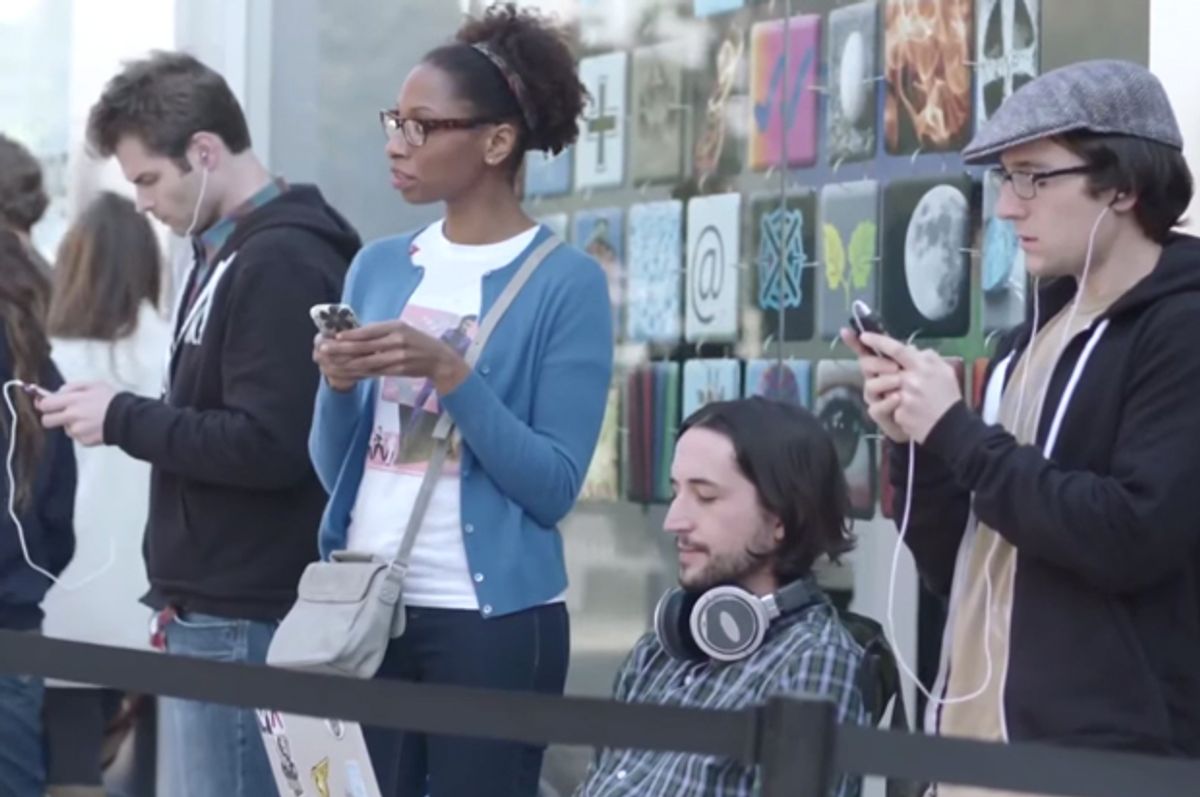 Apple cultists, as imagined in a Samsung ad
--

Six days before Apple is expected to announce a new iPhone that probably won't be available for purchase for another 10 days after that, at least four people have already gotten in line in front of the Apple Store in New York. This impressive display of otaku derring-do, numerous Apple-watching sites promptly reported in a mix of tones ranging from mockery to fake disgust to awe, breaks the all-time record of 18 days in advance for which people have waited in line for an Apple product.

Quartz took the radical move of sending a reporter to interview the four line-sitters, and discovered that the story is a good bit more complicated than run-of-the-mill metastasizing iPhone fetishism. Two of the line-sitters are being paid by VideoMedicine. VideoMedicine, reports Quartz, paid $2,500 to the first two line-sitters to move ahead in line, in order to reap the sublime publicity benefits of being first in line.

So what we have here is not the usual commodity fetishism raised by Apple to a high art. Instead, we are witnessing a much more interesting thing: the commodification of Apple commodity fetishism. Indeed, it's not even the fandom that it is being commodified and monetized -- it’s the media's obsession with covering outré fandom that has being transformed into a product. Cue the Samsung ad.

This is late capitalism distilled to its purest essence. Out of nothing -- a piece of pavement outside of a store -- we have created an advertising and marketing epiphany. The idea of avid fandom -- not the actual presence or existence of it -- is now a billboard.