The best sitcoms we wish would come back

"The Tick" returns! Jemaine Clement is coming back to HBO! Now, where are these faves? 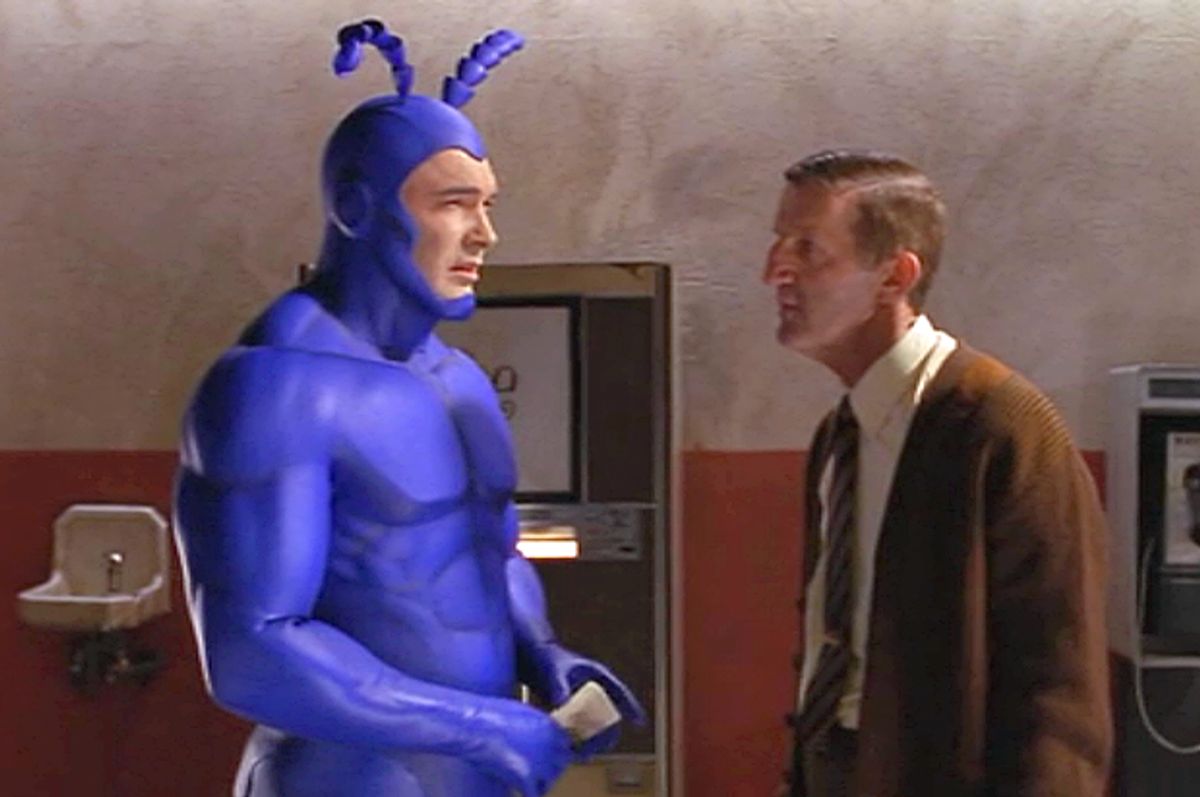 OK, so the restrained and hasty response from Jemaine Clement Wednesday that "Flight of the Conchords" is not returning to HBO was a bit of a letdown. Nevertheless, comedy geeks have had plenty to rejoice over this week, with the news of a new "four-episode comedy" Clement is developing for the network with sometime "Conchords" director Taika Waititi. Combine that with the announcement that the live action version of Ben Edlund's gloriously loopy "The Tick," which burned brightly and briefly as a Fox sitcom in 2001, is being developed as a pilot for Amazon – complete with the original big blue dude himself, Patrick Warburton -- and you've got another good reason to smile. The Wrap reports that Warburton himself is behind the deal with Sony television, which has held the rights to the series for the past 13 years. SPOOOOOON!

Hooray for second chances. In 2011, MTV revived "Beavis and Butt-head" after a 14-year hiatus. And in 2013, "Arrested Development" returned on Netflix several years after its cancellation by Fox – to a robust response and Netflix's vow that more episodes are coming. And if the Tick and Jemaine and the Bluth family can come back, surely there's room in our entertainment roster for other far too short-lived comedies that we've been obsessively rewatching for much too long. Yes, we miss "Firefly" and "Freaks and Geeks" too, but we're talking strictly laughs here. And I don't care how successful the stars of these shows have become in the ensuing years -- bring back David Brent!

It inspired a durable U.S. version, but Ricky Gervais' original, painfully awkward show – which only ran for two seasons in the early 2000s – was unparalleled. Gareth Keenan, you could outweird Dwight Schrute any day.

The 2009-2010 corporate satire would have been worth it for the fake Veridian Dynamics ads alone. Throw in Portia de Rossi's frosty, brutal boss Veronica and you've got an unsung comic gem. At least you can binge-watch the original series on Netflix.

Some might say that a fish out of water cop comedy that only aired briefly – and 21 years ago at that – might be gone forever. I say that anything involving Giancarlo Esposito, Ron Eldard and Brian Doyle-Murray is not dead so SHUT UP.

The offbeat adventures of a Brooklyn novelist/amateur private eye lasted only two seasons on HBO, but the brilliant comic chemistry between stars Jason Schwartzman, Zach Galifianakis and Ted Danson deserved a much longer run.

The short-lived Starz series about a dysfunctional catering company boasted one of the most heavyweight comedy casts ever assembled: Jane Lynch, Ken Marino, Adam Scott, Martin Starr and Megan Mullally, among others. Last year, rumors of a movie version were squashed by Scott,  to the heartbreak of hopeful fans everywhere.

It might be a little weird bringing a 1999–2000 British series that is so resolutely about the messiness of early adulthood back, but who wouldn't love to see Jessica Stevenson's Daisy and Simon Pegg's Tim now, tackling the horrors of midlife and parenthood?