Colossal dinosaur discovered: It "would have feared nothing in its landscape"

Meet Dreadnoughtus, the supersize dinosaur, whose skeleton was found in Argentina 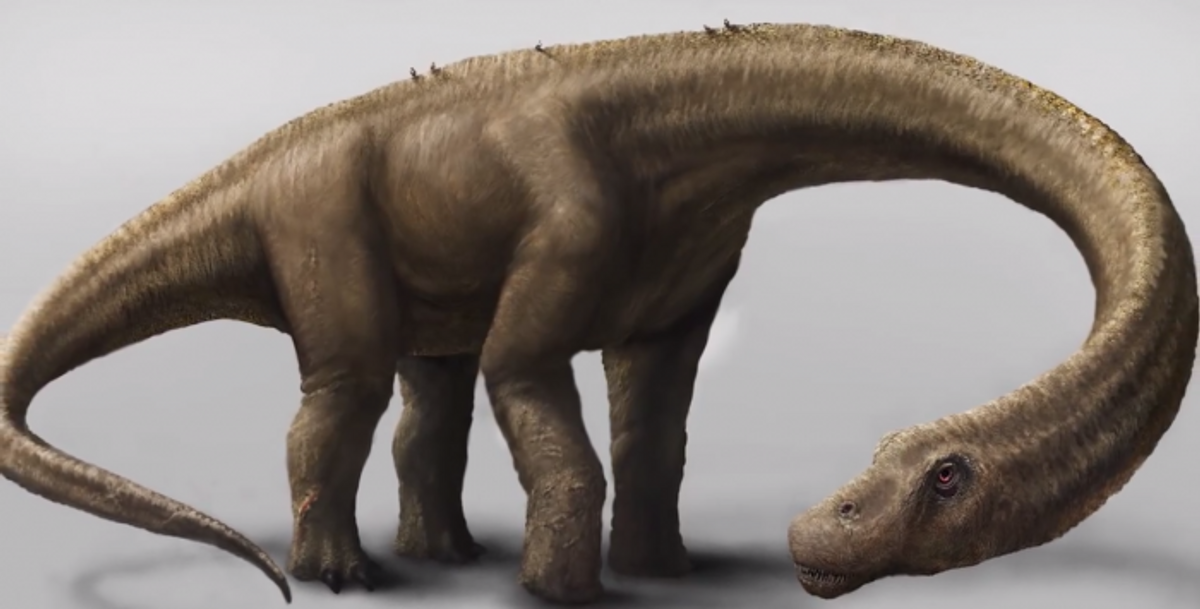 The most complete skeleton of a massive herbivorous titanosaur -- some of the heaviest creatures to roam the Earth -- was discovered in Argentina. It is estimated that during its life this colossal dinosaur weighed 65 tons -- the equivalent of around 13 bull African elephants. Argentinosaurus, another massive dinosaur, is estimated to be comparable in size, but its remains are scant -- only a backbone, shin bone and other fragments remain, according to the Guardian.

The dinosaur was named Dreadnoughtus schrani, after the early-20th century dreadnought battleships, and the name means "fears nothing." Research on this discovery was published recently in the journal Scientific Reports.

The name is apt, explains Dr. Ken Lacorvara, an associate professor of Biodiversity, Earth and Environmental Science at Drexel University.

"So everything about this dinosaur is giant," Lacorvara states. "The femur is six-feet tall, the upper-arm bone -- the humorous -- is almost as tall as I am. The tail bones are gargantuan, with huge muscle scars that show us that it essentially had a weaponized tail that was 30 feet long. One vertebrae in the neck is over a yard across."

"So this incredibly large and muscled individual -- that would have feared nothing in its landscape."

Lacorvara first spotted the remains in 2005 in the scrubland of Patagonia, Argentina. This dreadnoughtus likely drowned in quicksand, according to the Guardian, and its bones were very well preserved. It took the team four consecutive years to excavate the skeleton, and 45 percent of the skeleton was recovered.

One of the biggest surprises of this discovery was that this already enormous dinosaur was not finished growing. “When you look at the bones of dreadnoughtus, it’s clear this individual was still growing fast," Lacorvara told the Guardian. "There are no indications of a cessation of growth.”

With these remains, researchers will attempt to learn how it moved. They're using a laser to create 3-D-printed replicas of its bones, which they'll then motorize.

Other scientists, including Mary Schweitzer, from North Carolina State University, are attempting to better understand the dinosaur's biological building blocks, through the recovery of ancient cells.

Get an in-depth video tour of the bones from the video below via Drexel University: