Rivers paved the way for women in late-night television 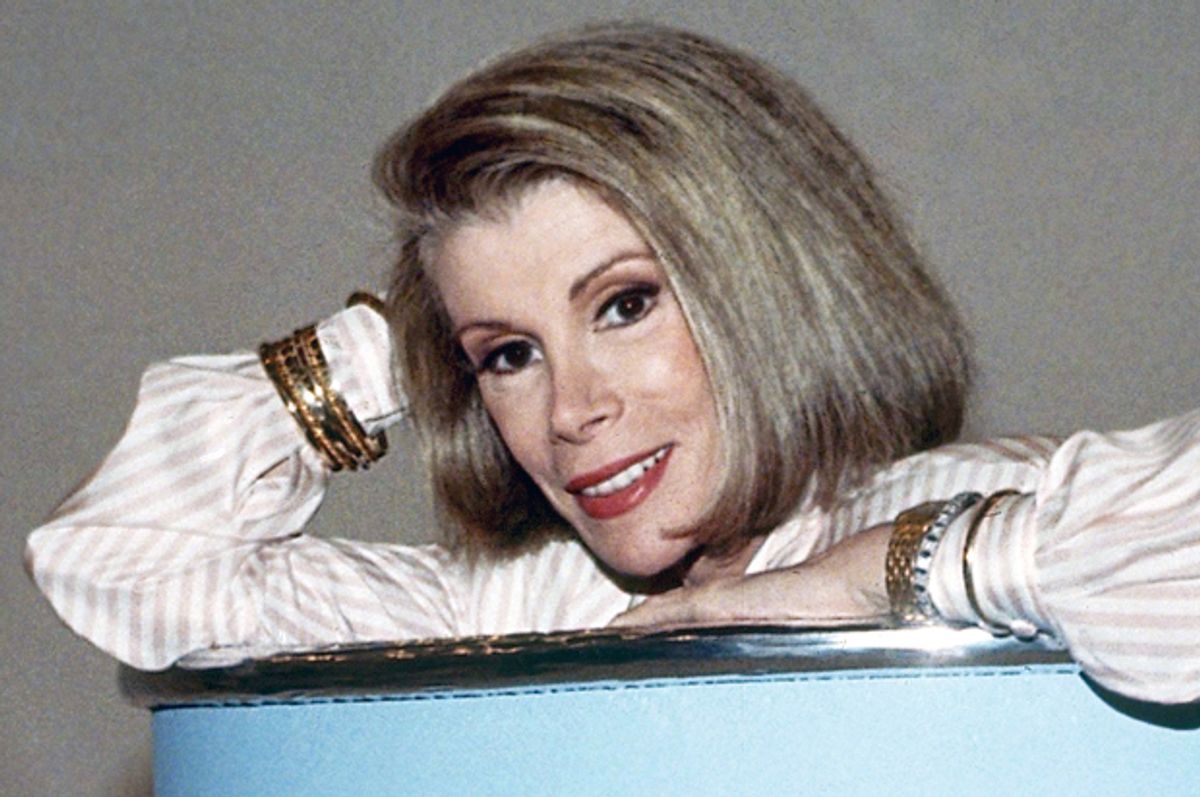 "It is with great sadness that I announce the death of my mother, Joan Rivers," Melissa Rivers said in a written statement on Thursday. "She passed peacefully at 1:17 p.m. surrounded by family and close friends. My son and I would like to thank the doctors, nurses, and staff of Mount Sinai Hospital for the amazing care they provided for my mother." Rivers' health condition was being monitored over the past week, after she stopped breathing mid-surgery, reportedly due to cardiac arrest, in late August.

Rivers, a comedian and comedy writer, rose to prominence in the 1960s as a guest on "The Tonight Show." She stayed with the show through the 1980s, citing Johnny Carson as a mentor. In 1986, she went on to become the first woman to host her own late-night talk show, "The Late Show Starring Joan Rivers," on the Fox Network. In 1989, she hosted daytime talk show "The Joan Rivers Show," for which she won an Emmy in 1990. She later created and hosted E! Network's "Live From the Red Carpet" in 1996, and in 2010 joined E!'s "Fashion Police" as a co-host. She also frequently appeared on-screen with her daughter, Melissa, with whom she starred in reality TV series "Joan & Melissa: Joan Knows Best?" since 2011.

In addition to her extensive comedy, radio, film and television work, Rivers has published 12 books ranging from humor, self-help, memoir and fiction. Her latest, "Diary of a Mad Diva," was published July 1.

Over the years, however, Rivers also attracted controversy for her specific brand of insult comedy, and for her abrasive comments on sensitive issues like the Holocaust, Palestine and the victims of Ariel Castro. However, she always dismissed the criticism, saying, “Life is so difficult and I cope with it by making jokes about absolutely everything. I just wrote today on Twitter: 'Hitler: like him or not, he was a great dancer.’ Some people ask, how can you make a joke about that, or 9/11? I would have made jokes in concentration camps. You have two choices: laugh or die.”