A jury has convicted Bob and Maureen McDonnell on 11 and 8 corruption charges, respectively. Prison could come next 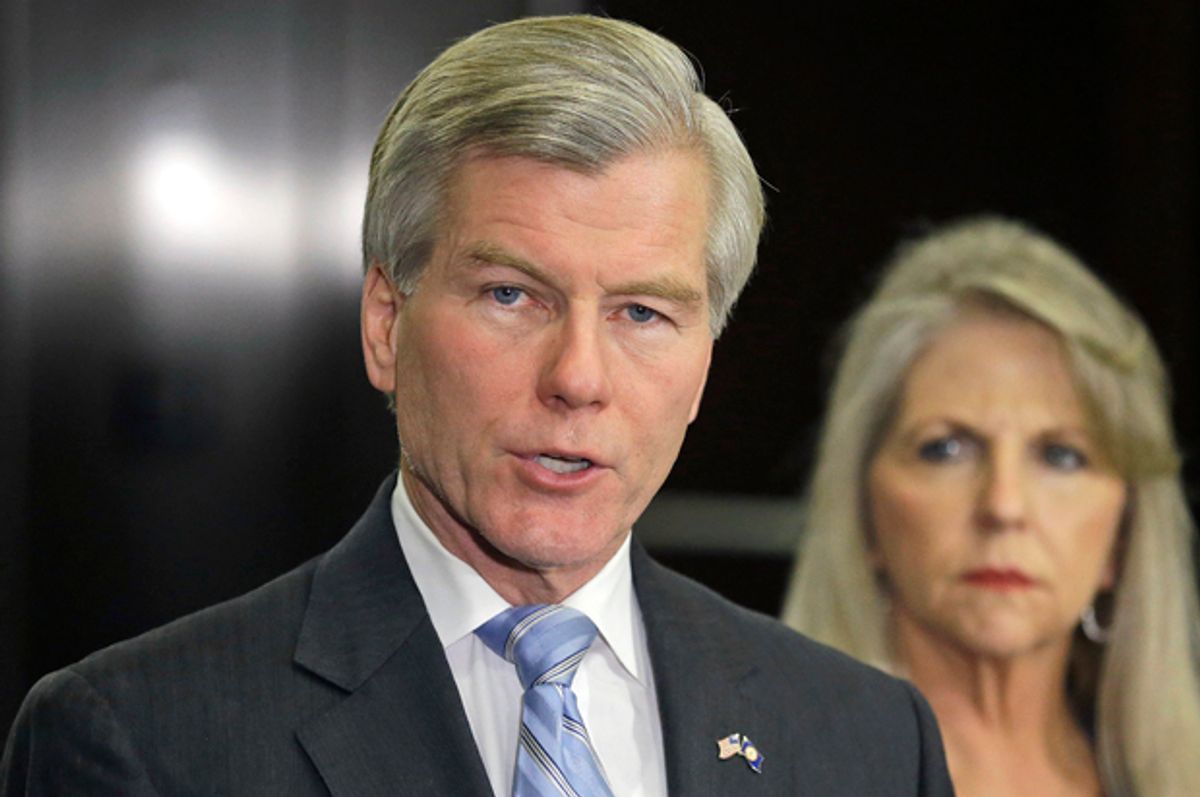 Bob McDonnell makes a statement as his wife, Maureen, listens during a news conference in Richmond, Va., April 24, 2014. (AP/Steve Helber)
--

The McDonnells, according to the Washington Post, were sobbing inside the courtroom as the verdict came down. It's a humiliating fall for a governor who was considered a possible vice-presidential pick in 2012, and for a family whose defenses rested on laying bare the most personal and fraught aspects of their relationship.

The McDonnells now await sentencing and potential jail time after a lengthy trial, in which they were accused of accepting hundreds of thousands of dollars in gifts -- a" silver Rolex watch, golf clubs, Louis Vuitton shoes and $15,000 to help pay for the McDonnells’ daughter’s wedding," along with more cash -- from Virginia businessman Jonnie Williams Sr. The McDonnells were accused, then, of lending the weight of the governor's office to inappropriately help Williams promote his line of questionable dietary supplements.

The McDonnells -- who each had their own lawyer -- rested on a couple of defenses. Bob McDonnell claimed that there was no quid pro quo there; he was just trying to help out a Virginia business as he would any Virginia business. And, most embarrassingly, the couple claimed that their relationship was in such tatters that there was no way they could have "conspired" to promote Williams' company. Defense lawyers also argued that Maureen McDonnell had a little "crush" on Williams that made her the primary point of contact with Williams. This line of argument has been called the "crazy wife" defense. It didn't work.

McDonnell will now be the first governor in Virginia history to have been convicted of a crime. Sentencing is scheduled for early next year.