Rep. Frank Wolf's bill allows the president to attack ISIS -- and every other vaguely unsavory person on earth 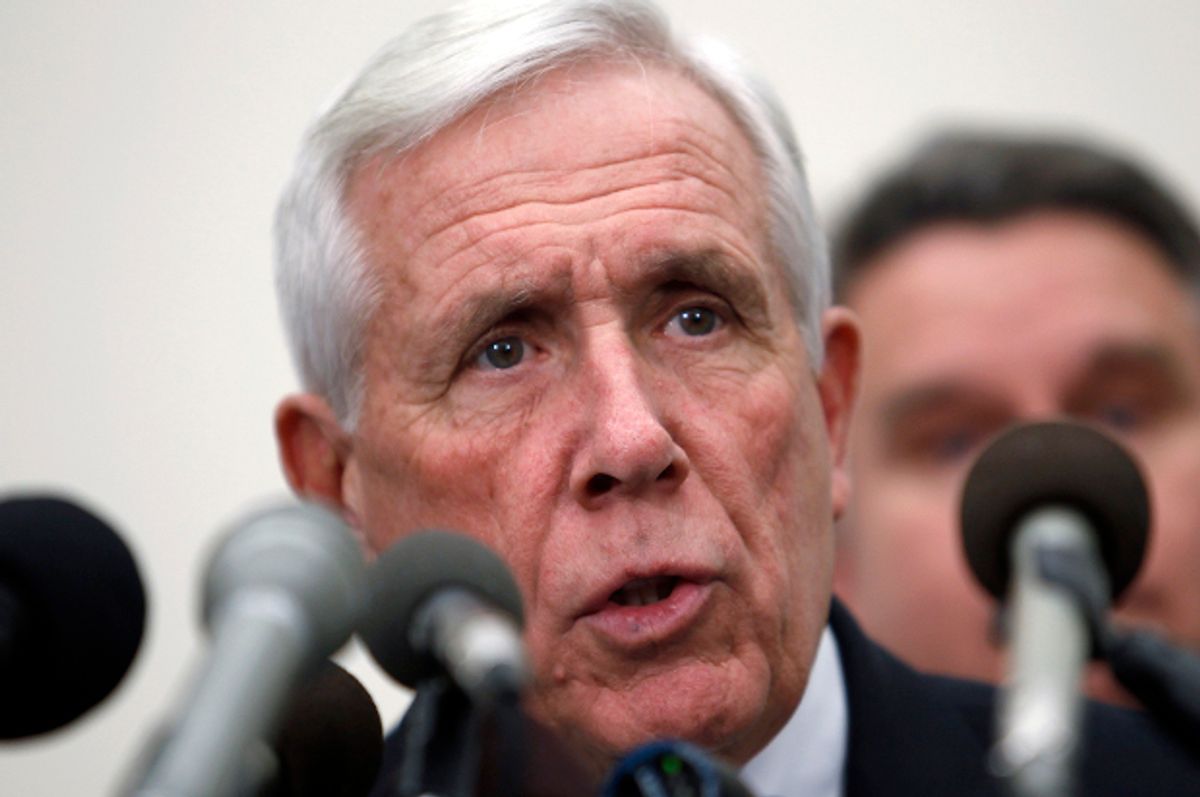 If President Obama decides to ask Congress for authorization to fight ISIS in Syria and Iraq -- which he should do, if that's the path he wants to go down -- he'll probably get it. As of now there are two Authorizations for Use of Military Force that members of Congress plan to introduce when they return from the August recess that they're literally still on: ones from Bill Nelson in the Senate and Frank Wolf in the House. Let's just say that Wolf's is a bit, um, broader than Nelson's. Or to put it another way: Frank Wolf's will codify the president's authority to basically bomb whomever he wants, wherever, and whenever, forever.

Nelson's AUMF, according to a release from his office, would grant the president "authority to order airstrikes against ISIS in Syria." The president supposedly already has authority to bomb ISIS in Iraq based on the AUMF Congress passed before the Iraq War over a decade ago. That's always seemed like a tenuous reading of the earlier AUMF's intention. Nelson should add authorization for military strikes against ISIS in Iraq to this new AUMF as well, for mission clarity.

And then we have Frank Wolf's. Instead of simply tailoring the mission to ISIS, Wolf grants authority to the president to use "all necessary and appropriate force" against ... well, if anyone so much as gives the United States a funny look, the president will have the authority to destroy (or finish off! crush!) them with the full arsenal of American power:

Christ on a hotplate, that's a lot of leeway. Any "countries, organizations or persons associated with or supporting" any number of current terrorist groups, or unknown faddish terrorist groups of the future, would be open season. Wolf is right in saying that the post-9/11 AUMFs for al-Qaida/Taliban and Iraq are, by this point, quite dated, and should be replaced with something more reflective of the times. But that doesn't mean that the replacement has to be authorization for the president to bomb anyone anywhere who's ever had a nasty thought about America. How about an individual authorization per "threat"? ISIS is a thing; here's an authorization for ISIS that sunsets after a period of time. Next year, some group of terrorists in some other region will be a thing. A new authorization that sunsets after a period of time for them, too. And so on. The idea being that when the U.S. is going to unleash extensive military operations in a new place, at a new time, a debate and a vote should be had. Some would complain that that would limit the executive's "flexibility." No shit.

Wolf is a longtime Northern Virginia congressman whose district contains many defense contractors. He's retiring at the end of this term. Not to be all cynical, but to be all cynical, one could consider this AUMF Wolf's parting gifts to the military-industrial complex with whom he's had such a mutually beneficial relationship over the years. That's sweet of him. But this is going to need some ... tweaks? Nah, just throw the whole thing out.