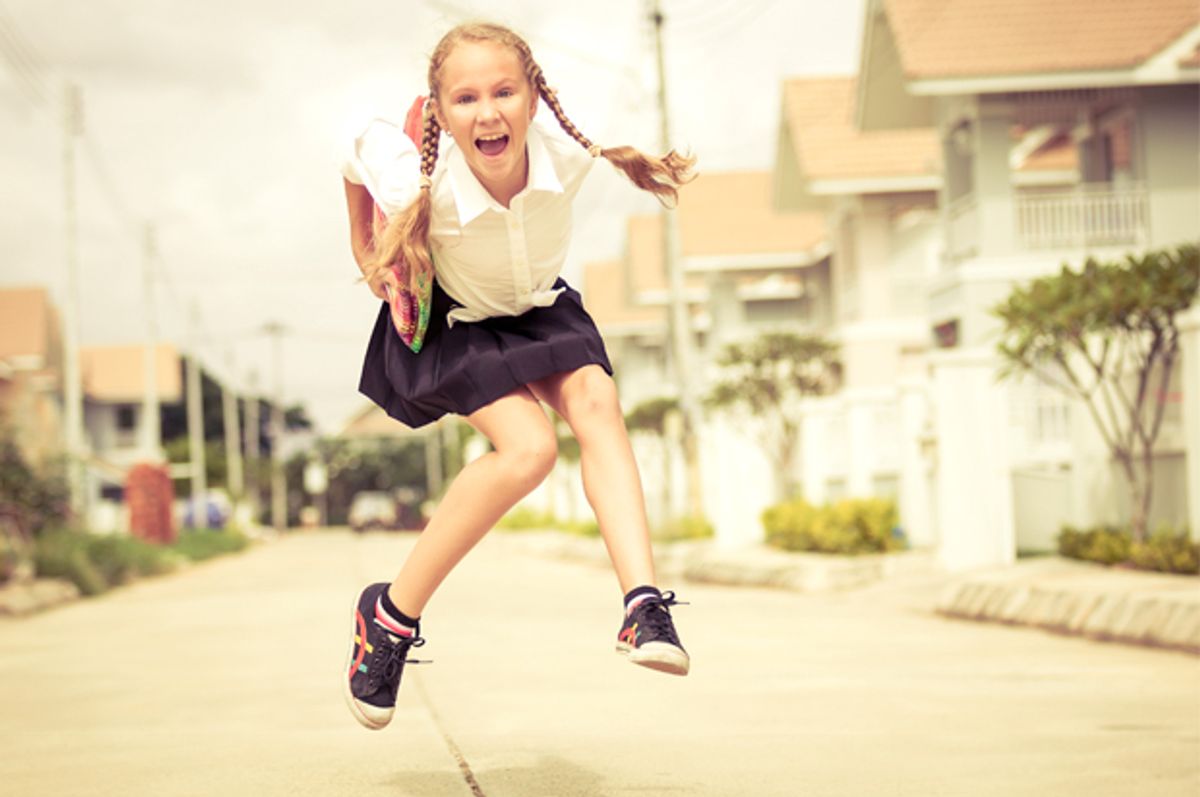 Go on Facebook right now and you’ll be deluged with photos of school-age children — from pre-kindergartners to high school seniors — with a tag line “Back to school” or “Time flies!” or “You won’t believe how much they’ve grown!” The child is generally standing with his or her arm around a sibling or friend. A giant backpack is in tow and a gap-toothed grin is on display. One friend told me about her Facebook feed: “There’s a back-to-school picture with a 3-month-old in front of a chalkboard.” People I haven’t seen post in months — a year, even — have squeezed an image of their child waving to the camera.

Sharing back-to-school photos of your children through social media has become September’s Christmas card. The #kindergarten hashtag has been trending on Twitter since Aug. 25. On Instagram, more than 1.3 million people are using the #backtoschool hashtag. Look up #firstdayofschool on Twitter and you’ll find endless anecdotes and photos, including a black-and-white cuddly shot from actress Vera Farmiga, who tweeted: “Heart is beyond heavy in this moment of takeoff, going to miss my oldest's #firstdayofschool tomorrow. Xcrutiating.”

Xcruciating indeed. Sure there are some parents, like writer Lyz Lenz, who opt out of the trend altogether. Yet it didn’t stop Lenz from acknowledging that she was opting out on Facebook: “Both my kids went to school today. You are welcome for not posting a picture. I would say I did it because I have high social media standards, but it's really because the baby ate a face full of dirt while we were outside trying to get a picture and the three-year-old has a giant bruise on her face.”

With the swarm of digital photo warnings right now — specifically, the safety of cloud-based storage — it’s a wonder that people are willingly sharing photos of anyone, particularly of their kids, right now. There’s also the argument against parents posting any photos of their children online in order to protect their kids’ “future anonymity,” as Slate’s Amy Webb recently wrote.

But the sentimentality factor is hard to ignore, even for cynics like me. The beginning of a school year marks a singular moment of promise in the lifespan of your kid's education. Before all of the bullying. Before the teasing. Before the studying. Before the stress and the homework. Before the lunchroom politics. Before any hurt feelings or botched tests or schoolyard disappointments. Last year, when my son refused a photo, I reminded him that a pic of him was sure to surface on the Facebook page of one of his friends' parents, whether he liked it or not. And it did. I thanked that mother and saved the snap to my desktop photo album.