Community Discussion: Should we resurrect the passenger pigeon?

Some extinct animals may be brought back, but is it worth it? 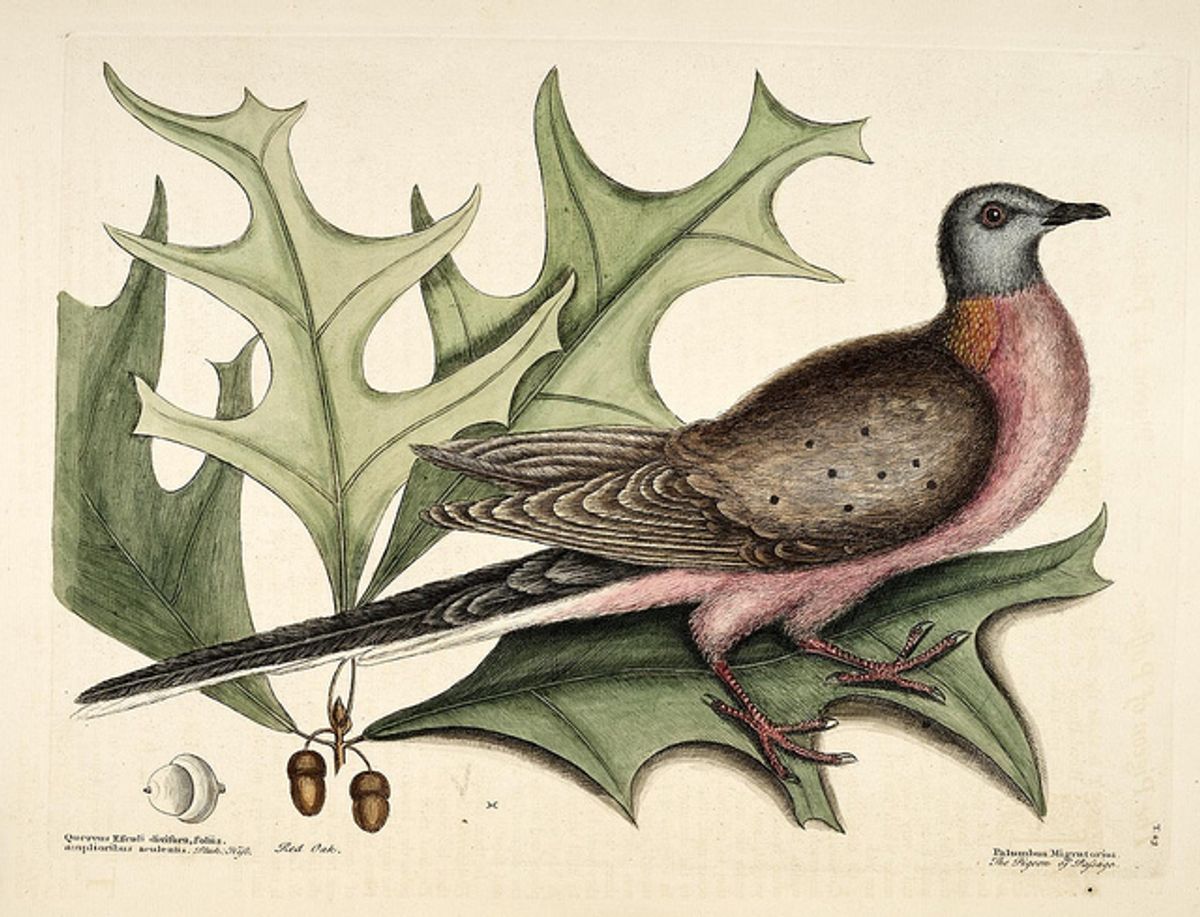 September 1st marked one hundred years since the death of Martha, the last passenger pigeon. The decline of the passenger pigeon was so rapid -- there had been as many as five billion birds in 1880 -- that it shocked America and helped inspire the first conservation laws. These came too late to save the passenger pigeon and many other animals. A recent study in Conservation Biology concludes that animal extinctions have become 1000 times more likely since the arrival of humans, further confirming that we are responsible for what Elizabeth Kolbert calls, “the Sixth Extinction.”

But all may not be lost for the passenger pigeon. It is a leading candidate for “de-extinction”, a process of genetic manipulation or selective breeding to bring species back to life. Such efforts, currently focused on keystone species, may have real benefits. The Uruz Project is seeking to recreate the auroch in part to aid in nature restoration, similar to how the bison is being used to restore the prairies. The Pleistocene Park project seeks to reintroduce the woolly mammoth to Siberia, to restore grasslands and keep the tundra from thawing. The passenger pigeon may have played an essential role in the health of American forests.

Critics charge that such flashy projects are expensive distractions from efforts to prevent species from becoming extinct in the first place. A proposal to recreate the heath hen is controversial in part because it would share its habitat with similar species, such as the vulnerable Greater prairie chicken. The success of de-extinction is purely speculative. An effort to clone the Pyrenean ibex ended when the first kid was born with malformed lungs. Such animals may not even qualify for protection under the Endangered Species Act, but instead be classified as genetically engineered organisms. And anyway, is the America of today ready or able to accommodate billions of passenger pigeons?

Do we have a moral responsibility to reverse our past mistakes, or should we concentrate on preventing future ones? Does the evocative value these extinct animals have weigh in favor of their de-extinction, or do the costs outweigh any benefits? What extinct animals if any would you like to see brought back to life?