Portland's planning a village of tiny houses for the homeless

The tiny house movement offers an appealing alternative to shelters 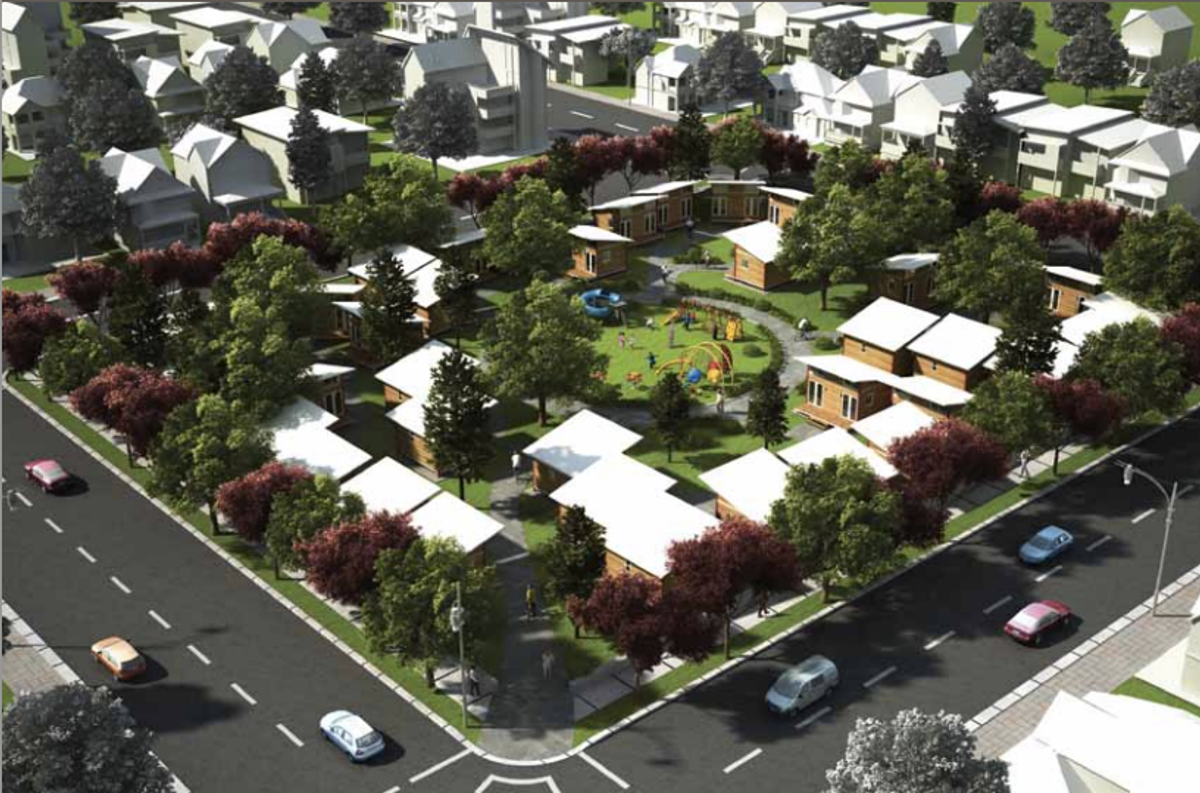 Despite the fact that Pinterest is obsessed with them, tiny houses are more than just a novelty. As the growing tiny house movement attests, people see the minimal square footage, environmentally friendly domiciles as ways to simplify their lives and keep themselves out of debt. And some see their potential as going even beyond that: in a plan being developed in Portland, the miniature homes could soon provide safe, affordable housing to the city's homeless population.

Tiny house company Techdwell calls their product the "perfect housing solution for people in transition and hardship." Their basic designed has already been deployed in Haiti, and as co-founder Tim Cornell explained to Co.Exist, is easily adaptable to an urban environment.

"I said, look, we can do a community -- 25 homes, 40 homes -- in an infill lot, making it look acceptable," Cornell said. "Not a camp, not tents, but aesthetically pleasing. Just do something -- here's a plan that's feasible."

Techdwell predicts that the 12 by 16 foot homes would cost about $12,000 to build (out of all recycled and recyclable materials) -- construction, from the prefab models, can be accomplished in two days, entirely by unskilled laborers. They'd include a kitchen, bathroom and couch that coverts to a bed.

Portland's not the first city to try this: variations on the idea have been realized in Austin, Texas, upstate New York and Wisconsin, among other places. Cornell's particular vision is expected to join them soon. He's been in meetings with city and council officials for months, and so far has been met with unanimous approval from the community boards in neighborhoods where the tiny villages might spring up. According to an advisor, Portland mayor Charlie Hales is "infatuated" with the idea. Final zoning approvals are happening this week; if all goes according to plan, the first community could be up and running by February 2015.