But he has never seen the show 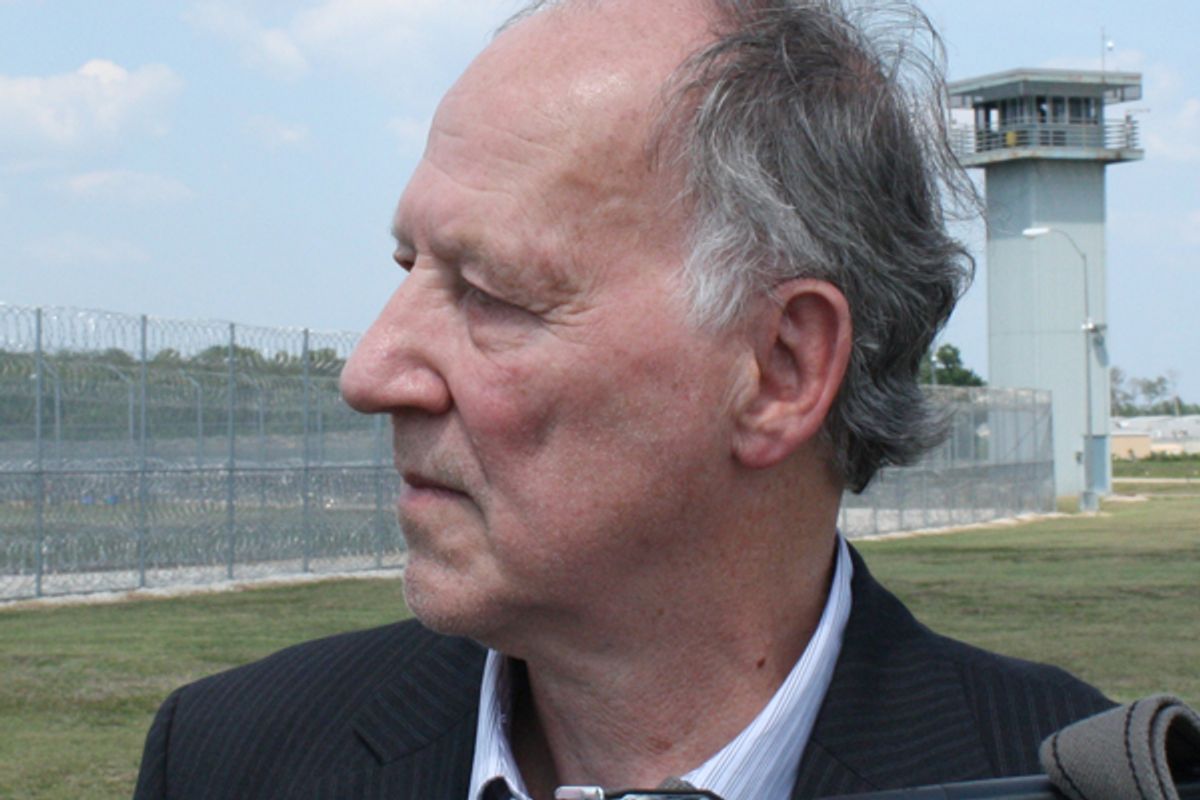 Legendary German filmmaker Werner Herzog recently told an audience at the Brooklyn Academy of Music that he just finishing taping a cameo on "a TV show called, uh, Parks and Recreation," although he has "never seen" it. Flavorwire reports:

“Just ten days ago I acted in a tiny cameo part in a TV show called, uh, Parks and Recreation?” The audience laughed and cheered, and he went on to explain how he’s playing “an elderly guy who sells his decrepit house to the young couple who are the leading characters in this, and directly to the camera, I address the audience and I say, ‘You know, I lived in this home for 47 years. And I decided to move out now and sell this because I’m moving to Orlando, Florida, to be close to Disney World.’ I’ve never seen the show, but I hope they kept some of it.”

So Werner Herzog might appear in some TV show that you may or may not have heard of, he's not so sure himself, but some nice folks recorded him so if you happen to watch let him know that you saw him he'll be glad to have heard from you!

Herzog's other cameo credits include voice acting for "The Simpsons," and Hayao Miyazaki's "The Wind Rises" and, most memorably, for playing a villain opposite Tom Cruise in action movie "Jack Reacher."