The prosecution is openly attacking Gottfrid Svartholm Warg's character, and things are getting ugly fast 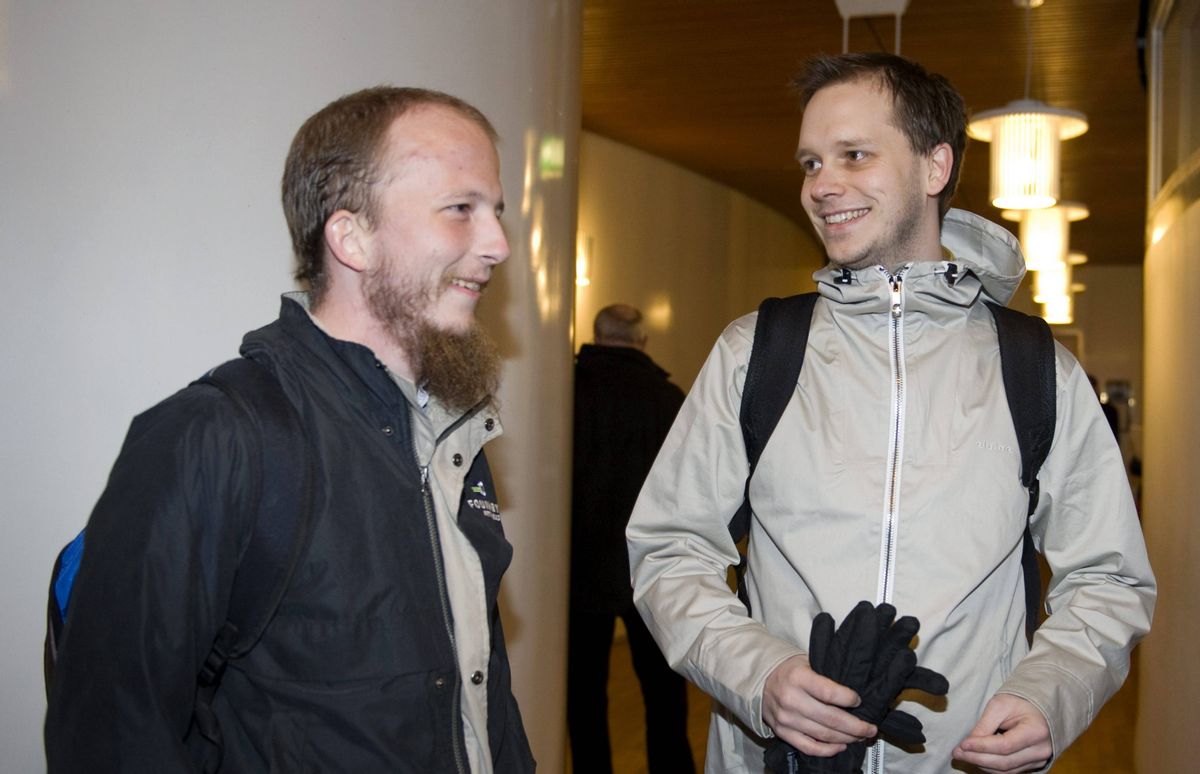 COPENHAGEN, Denmark — From the moment he surprised the defense with new material on the first day of the trial, it was clear that the Danish lawyer prosecuting Pirate Bay co-founder Gottfrid Svartholm Warg wasn't messing around.

Anders Riisager opened the prosecution in the biggest hacking trial in Danish history with an as-yet-unseen video taken during Svartholm Warg's 2012 arrest at his apartment in Phnom Penh.

The video showed the apartment in a chaotic state, piled with empty cans, and Svartholm Warg himself, looking thin and disheveled, puffing mechanically on a cigarette. It wasn’t a good look.

On the second day, he presented a story from a Cambodian expat news site, which alleged that by the time of his arrest in 2012, the 29-year-old "hacktivist" was "messed up on drugs," and "a total recluse" whose only contacts were "his dealers and landlord."

At this point, Svartholm Warg objected that Riisager was trying to "smear" him. His lawyer protested that it was unfair to offer that article as evidence, as the author, the news site's British owner, had had a serious falling out with her client over a deal to provide web services to the site, and had as a result wanted to discredit him.

Later, when Svartholm Warg attempted to explain the technical reasons why the data intrusion could easily have been carried out by others to whom he had given remote access to his computer, Riisager interrupted so often that he was formally rebuked by the judge three times.

"It was aggressive, but I didn't expect anything else," Svartholm's lawyer Luise Hoj told GlobalPost on the morning of the second day. "This case is about what kind of evidence we have, but it's also about character."

When Svartholm Warg was seized in 2012 in Cambodia, internet activists initially assumed that he was being brought back to serve the one-year sentence he received in 2009 for setting up The Pirate Bay, a site that allows users to illegally share films and music.

Instead he was charged with hacking into a series of Swedish government databases held by the IT firm Logica, and later accused of hacking into Nordea, a Scandinavian bank.

The accusations continued to pile up. Svartholm Warg and his 21-year-old Danish co-defendant are now also accused of hacking into Danish computer mainframes operated by US IT giant CSC, stealing social security numbers from Denmark's national driver’s license database, illegally accessing information in a Schengen region database, and hacking into police email accounts.

During an earlier appeal last year, the judge ruled that the prosecution could not disprove Svartholm Warg’s claim that the two computers seized in his apartment had been used remotely by others to carry out the intrusion. The current trial is based largely on the same evidence drawn from computers as that earlier appeal.

Svartholm Warg claims that the two computers, a Macbook with six broken keys mainly used for running Windows, and a desktop computer, were "lab computers" that were generally open to being remotely controlled by Svartholm Warg's collaborators all over the world, who used them for testing software ideas.

He said that he had paid little attention to the files these people saved on the computers.

"The CSC documents were just 100 to 200 files out of a quarter of a million in total," he said.
In their 15-month investigation, Danish police have been unable to break the encryption on the computer seized from Svartholm's co-defendant and, judging by the case presented so far, have unearthed little material evidence that has not already been revealed.

Svartholm Warg’s lawyers on Tuesday brought sensational new evidence to the case, announcing the internet handles of four of the loose group of graphics programmers, called The Lattice Team, to whom he said he had given access — naming Eraser, RBL, Nohyb, and Ripley.

At this point, Riisager raised his voice. "I want their real names."

Svartholm Warg refused, arguing that he did not know for sure that these people were behind the intrusion.

"I do not want be called a traitor or a snitch," he added.

At any rate, he said, it should have been easy for Danish police to track them down, since he had first passed over the handles more than a year ago.

"The motivation to investigate has been equal to zero," he said. "There has been every opportunity to find out their names. You have had more than a year to do so."

Michael Juul Eriksen, the lawyer for Svartholm Warg 's co-defendant, said he could prove that a key part of the evidence incriminating his client, a log of internet chats between a user called "Advanced Persistent Terrorist Threat" and one called "My Evil Twin," who Danish police claim are the Dane and Svartholm respectively, had been changed.

WikiLeaks founder Julian Assange has aired suspicions that Svartholm Warg is being punished for helping the organization set up its systems in the lead-up to the release of its "Collateral Murder" video in 2010.

WikiLeaks collaborator Jacob Appelbaum last year described him as "a political prisoner," pointing to the 10 months he had spent in prison awaiting trial in Sweden.

Svartholm Warg has since spent a further 10 months awaiting trial in Denmark, where he has been kept in solitary confinement in a prison reserved for the most dangerous criminals.

The two defendants face up to six years in prison if they are convicted. The cross-examination of Svartholm Warg continues on Friday.