These freaky conditions give new meaning to the phrase "night terrors" 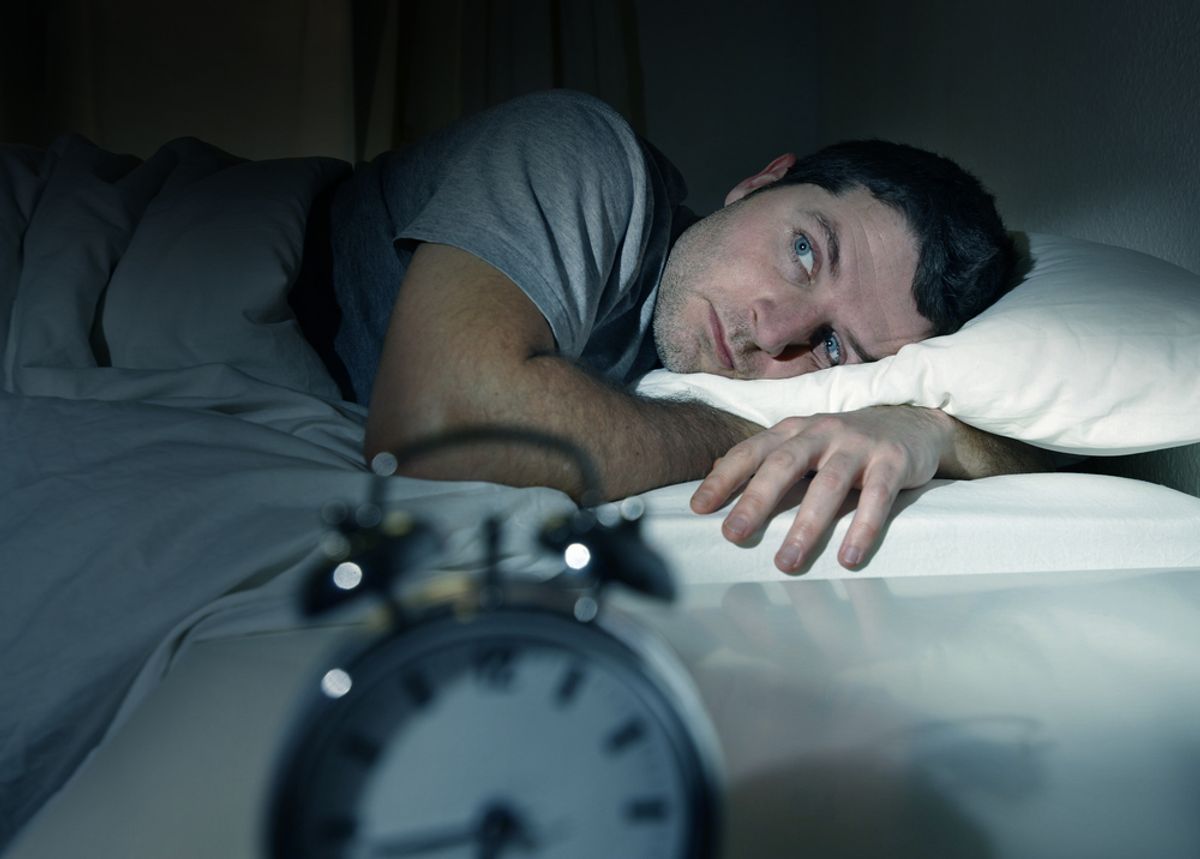 Most of us have experienced some form of sleep disturbance at one point or another, most commonly arising from the occasional nightmare or bout of insomnia, which is often a result of stress or anxiety. While sleep is supposed to allow our bodies to rejuvenate in preparation for the next day, a minority of unlucky people experience a number of troubling psychological or neurological sleep conditions — parasomnias—that go far beyond mere sleep disruption and can resemble a scene from a sci-fi movie.

From sexsomnia to exploding head syndrome, here are eight of the most downright disturbing and medically mysterious sleep conditions that will have you appreciating your basic night terrors.

1. Sleeping Beauty Syndrome. Sleeping beauty syndrome, or Kleine-Levin Syndrome(KLS), is a sleep disorder characterized by repetitive and unusually long episodes of sleep in which the sufferer is too tired to leave her bed even when awake. The disorder can cause a person to sleep for up to 20 hours a day. There have been reported cases in recent times where two British girls suffering from the disorder slept for up to two months, waking only to use the bathroom or eat.

Symptoms can last a number of days or weeks with intensity and frequency varying with each episode. During the wakeful periods, sufferers exhibit bizarre behaviors including increased appetite, hypersensitivity and little recollection of what is going on. The condition is thought to affect mostly male adolescents (70 percent) and has been linked to a part of the brain that deals with appetite and sleep. Some research is being conducted to investigate a possible link to autoimmune disorders, yet to date there are few effective treatments, Huff Post reports.

2. Exploding Head Syndrome. Despite what the name suggests, this sleep disorder does not involve your head exploding in the middle of the night. Rather, exploding head syndrome occurs during the onset of deep sleep when a person will become startled by a loud booming noise that seems to originate in the head or inside the skull and is often accompanied by a flash of light. The noise can sound like a gun, a clash of cymbals or explosives detonating right next to a person’s head. The phenomenon doesn’t cause any physical pain and has not been associated with any serious illness.

Still, the parasomnia condition has stumped scientists who say it is connected with high stress and fatigue and akin to an extreme version of involuntary spasms that occur when you begin to fall asleep. Exploding head syndrome mostly affects women over 50, according to theAmerican Sleep Association.

3. Sleep Paralysis. Ever woken up and not been able to move? You may have experienced sleep paralysis. This freaky sleep disorder is characterized by an inability to move any part of your body just as you fall asleep or wake up. It occurs when a part of your brain wakes up before the rest of your body, which gives you a sense of feeling alert, even though your muscles remain immobile. Despite the unnerving sensation, the condition is not permanent. In fact, this temporary paralysis, which usually occurs during REM sleep, is there to stop us from acting out our dreams or hurting ourselves.

Doctors say the condition can be triggered by stress, not getting enough sleep at night or having a bad sleep schedule. Ancient folklore has another explanation:

“Newfoundlanders know it as the ''Old Hag.' In China, it's the 'ghost pressing down on you.' And in Mexico, it's known by the idiom subirse el muerto, or 'the dead climb on top of you.' Even today, some researchers suspect that tales of alien abduction may be explained by episodes of sleep paralysis.”

4. Sexsomnia. Sex in your sleep doesn't sound all that bad, right? That is, unless the unconscious behavior is unwanted or the issue of sexual assault is raised, which can get the sufferer into serious trouble. In a number of controversial cases before the courts, men have been acquitted of rape by arguing they were sexsomniacs or asleep during the attacks, although the defense is hard to prove.

5. Fatal Familial Insomnia. Those who fear insomnia may want to skip this torturous condition which could easily be the subject of a horror film. Fatal Familial Insomnia (FFI), once described as “ the worst disease you can get” is a rare hereditary type of insomnia in which the sufferer is tormented by perpetual insomnia and exhaustion, eventually causing his or her health to deteriorate to the point that the victim eventually falls into a coma and dies.

There were at least 27 reported cases of FFI in 2005. The brain disease impairs the part of the brain responsible for sleep, which eventually leads to a loss of motor and cognitive skills and becomes fatal. Sadly, most people with FFI will die six to 32 months after symptoms begin. FFI is 50 percent more likely to develop in a child if a parent carries the genes. While a diagnostic test is available to determine if you are a carrier, science has yet to find a treatment or cure.

6. Sleep Drunkenness. Confusal arousal, as it is known, is a sleep disorder that makes people appear confused when they awake, as if they are completely intoxicated. According to a new medical study published in August, the condition is thought to affect as many as one in seven people. Unlike normal grogginess which we experience when we first wake up, those who experience sleep drunkenness—which occurs when people are awakened during deep sleep—are not aware of their actions, and attempts to wake them up are futile. It can lead toinappropriate behavior like answering a telephone when an alarm goes off, having a conversation with no recollection of it or inflicting violence on others. The study also found that 37 percent of those who suffered from confusal arousal had a mental illness.

7. Free Running Syndrome. Free running syndrome, or Non-24 Sleep-Wake disorder, is a circadian rhythm disorder that results in timing problems with a person’s sleep-wake cycle. It has been described as living with permanent jet lag except that every day your body clock falls further and further behind so you never actually catch up to a normal cycle. While most people have a natural internal body clock that keeps them running on a 24-hour schedule, those with free-running syndrome have a sleep cycle that is delayed a couple of hours every day, making it impossible for them to have regular scheduled activities.

Eventually, those with the condition will briefly catch up with the 24-hour world, but only until the cycle begins to repeat itself. The disorder is most common among the visually impaired who don’t have a sense of light to differentiate between night and day, US News reports. Irregular daily routines, poor sleep habits and lack of sunlight can also contribute to the onset of this disorder. It can be treated with vitamin B-12, melatonin and exposure to the sun.

8. Nocturnal Eating Disorder. This disorder is bad news for those watching their weight. Nocturnal eating disorder is a sleep-related eating disorder where people go on eating binges at night, while they are asleep, with no recollection of the experience the next day—except for the leftover evidence of missing food, empty wrappers and crumbs. Like sleepwalking, this condition occurs during non-REM sleep. Symptoms include little or no appetite for breakfast, eating more food after dinner than during the meal, and lack of control over eating behaviors resulting in feelings of guilt and shame.

The disorder can be particularly dangerous when those who are clinically asleep engage in cooking, use chopping utensils or turn on the oven. For that reasons, sufferers are prone to accidents like cuts, burns and injuries from falling. To combat this disorder, doctors sometimes prescribe drugs to stop the unconscious mind from wanting to eat.