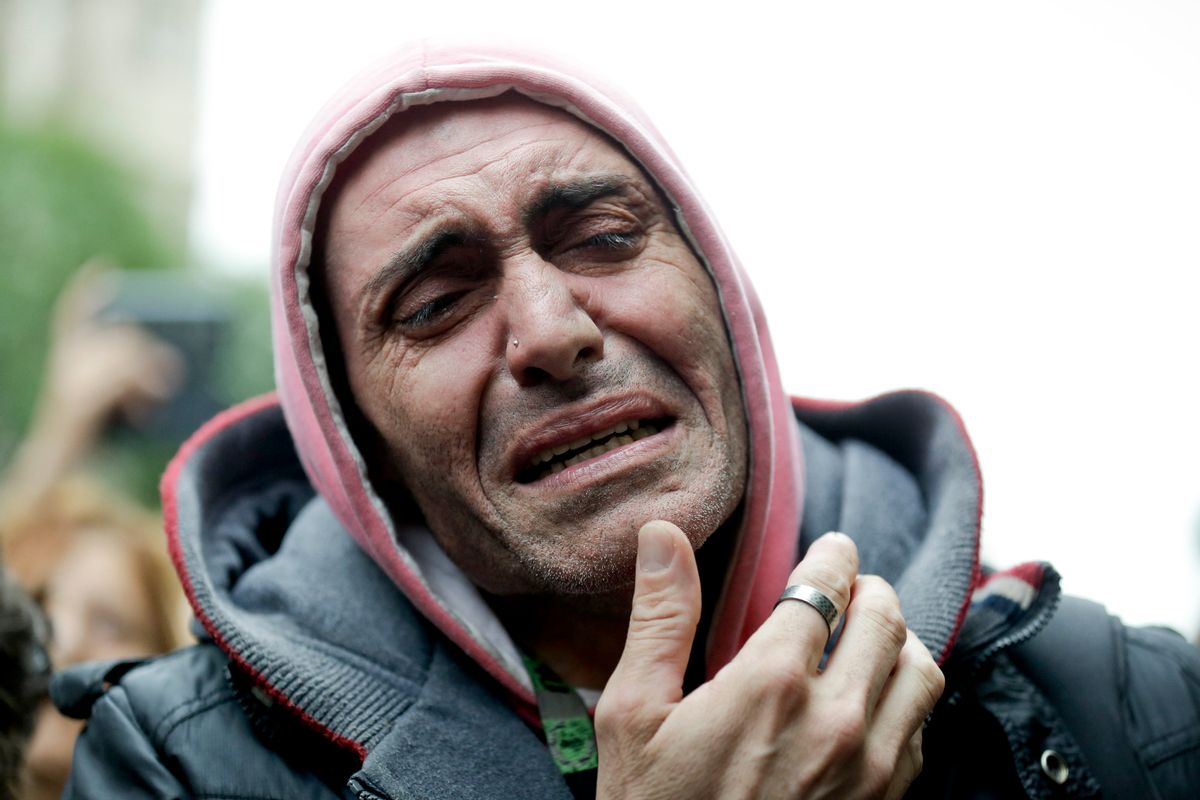 In this Friday, Sept. 5, 2014 photo, a man cries as mourners wait for the departure of the funeral car transporting the remains of Argentine rock star Gustavo Cerati to a cemetery, in Buenos Aires, Argentina. Cerati died on Thursday, four years after a stroke put him in a coma and ended the career of one of Latin America's most influential musicians. (AP Photo/Victor R. Caivano) (AP)
--

Brazil's once humdrum presidential race now resembles one of the country's famed soap operas, with newcomer Marina Silva thrust into the spotlight after her running mate died in a plane crash and longtime favorite President Dilma Rousseff reeling from a one-two punch of bad news.

Hundreds of tearful fans crowded outside a Buenos Aires legislative building to say their final goodbye to beloved rock star Gustavo Cerati. The former lead singer of the rock band Soda Stereo died four years after a stroke put him in a coma and ended the career of one of Latin America's most influential musicians.

New Jersey Gov. Chris Christie's trade mission to Mexico was promoted as a chance to foster business ties between that country and his state. The just-concluded trip also gave the potential 2016 GOP presidential contender an opportunity to bolster his foreign policy credentials. His visit coincided with an appearance by former U.S. Secretary of State Hillary Rodham Clinton, where she spoke at an event honoring scholarship students supported by the Telmex Foundation, one of several charitable organizations under the umbrella of Mexican billionaire Carlos Slim.

Clinton said her background gives her a "unique vantage point" to bring to the White House should she run in 2016. But she said she wants to be sure she has a clear vision of what she wants to achieve, as well as how to lead both sides of the political aisle toward those ends.

"I am going to be making a decision around probably after the first of the year," she said.

This gallery was curated by photo editor Tomas Stargardter in Mexico City.