Hint: He didn't do anything wrong 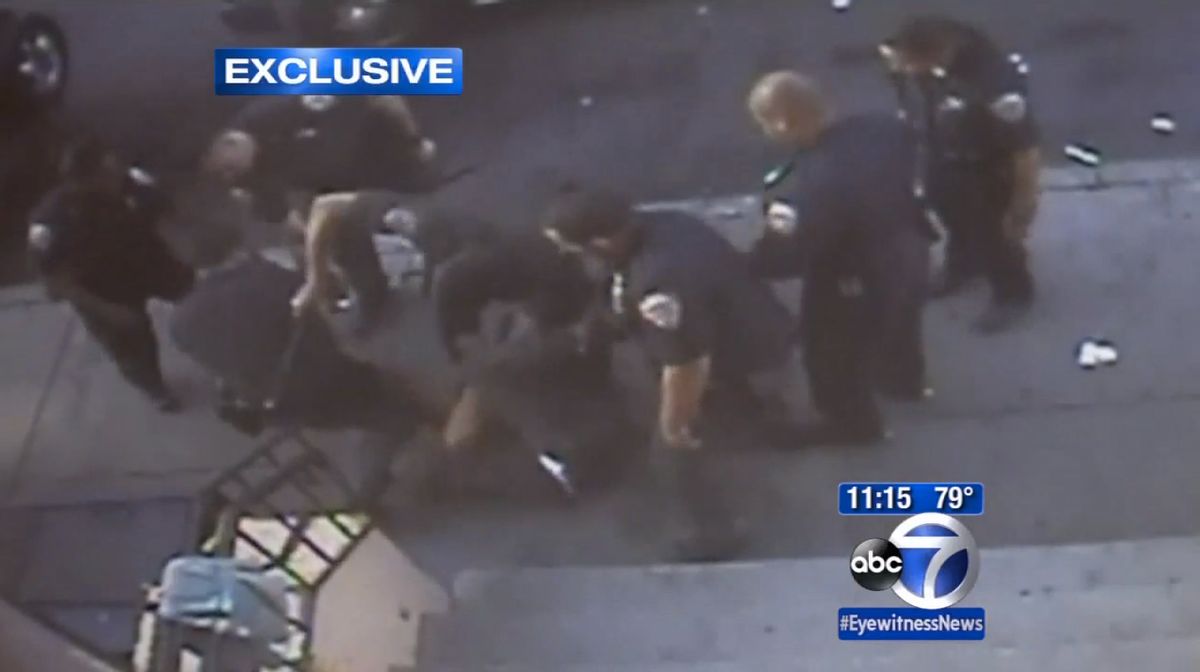 Ah, another Monday, another incident of completely unjustified police brutality. The newest incident occurred on Aug. 18 in the Bronx, when 23-year-old Santiago Hernandez was stopped and frisked, allegedly following a noise complaint.

Hernandez was waiting to meet a friend, when several officers asked him to comply with a body search. "I turned around and put my hands up," Hernandez said. When the officers found nothing, Hernandez asked why he had been searched. At that point, one of the officers began to cuff him.

"I'm like, 'Miss, what are you doing? You are hurting my arm.' She was just telling me to put my hands behind my back, but [I said], 'I'm like trying to understand what you are arresting me for. Can you please tell me?'"

Hernandez was then dragged to a nearby patrol car.

When asked why he didn't allow himself to be handcuffed, Hernandez said, "Because I'm a person to ask questions. If I didn't do nothing wrong, I'm trying to understand the reason, what they are thinking of me, or what was the reason at all to arrest me." Hernandez was especially reluctant to allow police to charge him unlawfully because he is currently on parole following a conviction related to gang activity when he was 14.

Hernandez' attorney, Jay Heinrich said, "Unfortunately, for young men like Santiago, I think this incident is all too common." The NYPD is investigating the incident.