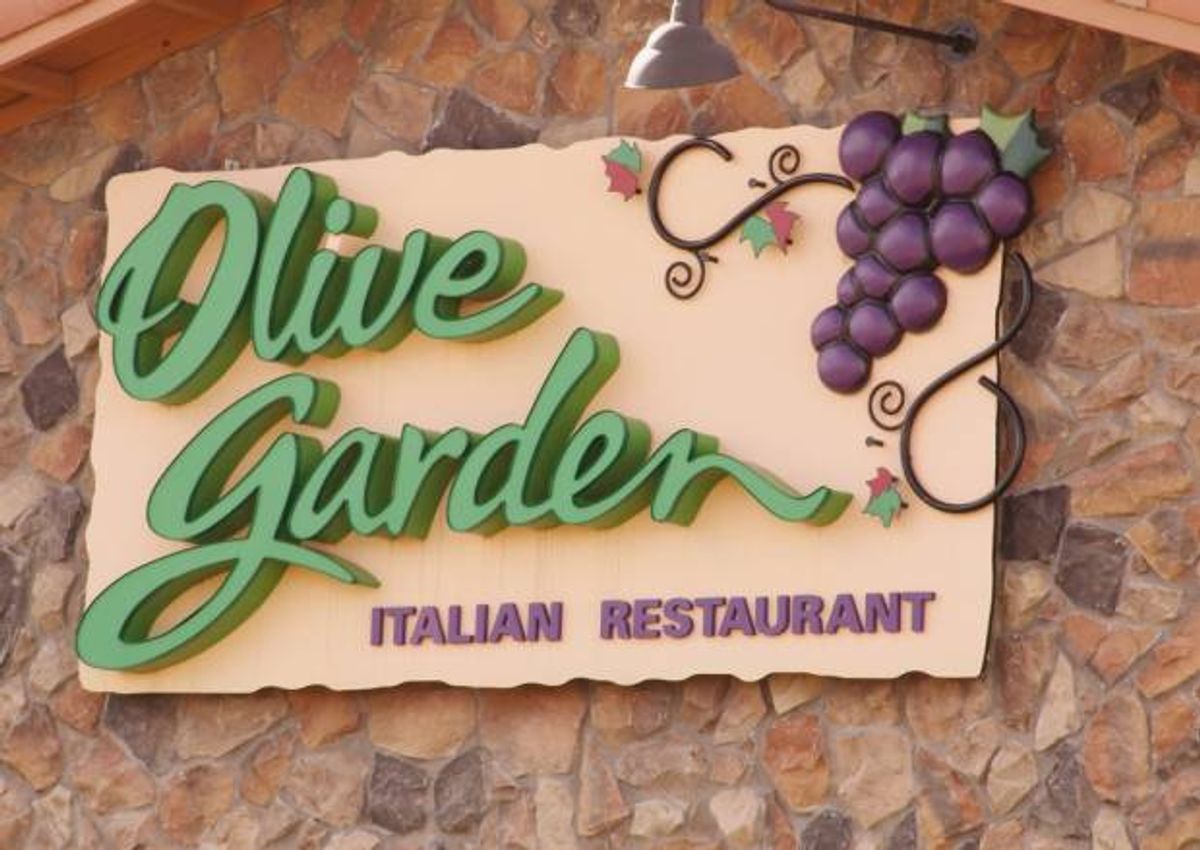 Olive Garden, home of "unlimited" items that make you second-, third- and fourth-guess the quality of ingredients being served, has upped the ante on ... itself. The Italian chain announced on Monday its first ever "Never Ending Pasta Pass," which allows customers to eat as much pasta, salad, bread and Coca-Cola drinks as they can in seven weeks, all for $100.

But you may need to act fast. Only 1,000 of these pasta passes will be sold -- beginning Monday at 3 p.m. ET -- online via the Olive Garden website. Nothing like being one of 1,000 VIP's who can gorge on pasta for 49 days in a row. The PR stunt piggybacks with the chain's annual "Never Ending Pasta Bowl" promo, Sept. 22 through Nov. 9., which lets folks eat all the pasta they want for $9.99.

"What we're trying to do is get some attention," says Jay Spenchian, executive vice president of marketing. "It's sure to provoke a reaction."

Spenchian is right! Olive Garden deserves all the attention it will garner for this crucial touchstone in the descent of human civilization. "We're trying to make our fans feel like VIPs," said Spenchian.

For those of us who are counting calories, a dinner portion of pasta at Olive Garden ranges anywhere from 700 calories (the reasonable Spaghetti with Meat Sauce) to 1,540 calories (Chicken Alfredo and Chicken & Shrimp Carbonara), with most entrées clocking in at over 1,000 calories.

A thought experiment: Let's say you eat dinner and lunch there every day for seven weeks at approximately 1,000 calories per meal (since it seems that the lighter Italian fare offered on the menu is not included in the promotion, and factoring in the occasional Coke and bread sticks). You will also likely eat some snacks throughout the day and lead a rather sedentary life since excessive carbohydrate intake has been linked with an increased risk for depression. The average sedentary man will burn up to 2,600 calories a day, while the average sedentary woman will burn up to 2,000 calories a day (that is the high end of average, by the way).

Let's say you eat an additional 1,000 calories every day (500-calorie breakfast with two or three snacks, and factoring in the occasional pasta refill or dessert), meaning there will be an excess of 1,000 calories for women and 600 for men (at least). One pound is approximately 3,500 calories, so if you partake in this "Never Ending Pasta Pass" to its fullest extent, you can expect to gain at least 14 pounds if you are a woman and 8.5 pounds if you are a man*. All on super-cheap, unlimited pasta.

*Note: I am not a nutritionist, just a girl who did some savvy arithmetic.