We are on the verge of a sixth mass extinction 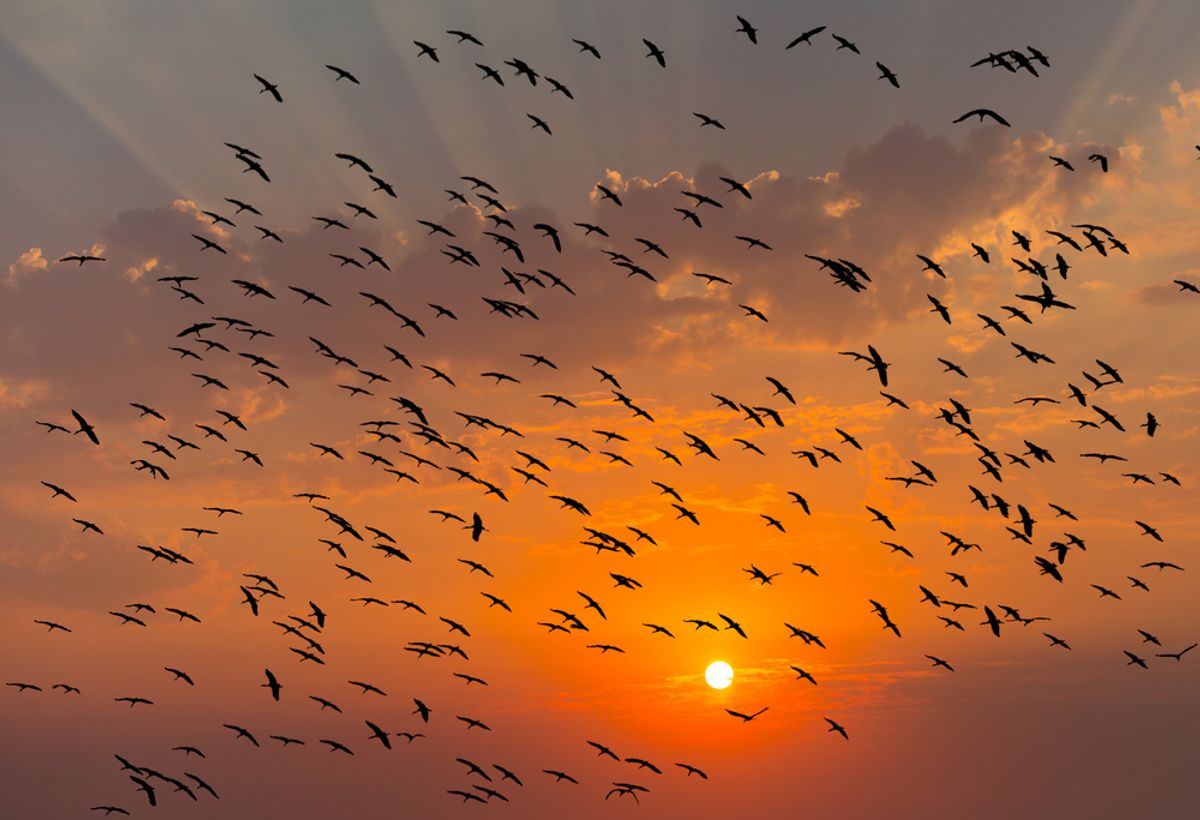 A new study published in the journal Conservation Biology found that the modern rate of extinction across all species is 1,000 times greater than it was before humans began altering our environment, and thousands of times greater than new species can be created, essentially catapulting us toward a sixth mass extinction.

If humans weren't wreaking havoc on the planet, only one bird species would go extinct every 1,000 years. The reality? At least 150 bird species have gone extinct in the last 500 years.

It wasn't hard to determine the precise rate of extinction. "Getting the rates of extinction now is pretty straightforward. You basically look at the obituary notices," said Stuart Pimm, conservation ecologist at Duke University and co-author of the paper. The past is slightly harder to gauge, given the unreliable fossil record for land species.

The results were sobering: Species are not "living fast and dying young," which is a blow to biodiversity, Pimm said. There is no bump in diversification to offset the rapid pace of extinction, he said.

"The idea is that near the present, just within the last 100,000 years, the last million years, there ought to be a blip in the number of species, because they haven't had a chance to go extinct yet," Pimm said. "The bottom line is, there is no blip."

The study also found that the background rate of extinction should be about one species per 10 million annually. Meanwhile, new species come into being at a rate of between 0.05 and 0.2 per million annually.

The last mass extinction took place 65 million years ago, when an asteroid collided with Earth and wiped out the dinosaurs. Now, we are facing what Stanford biology professor Rodolfo Dirzo calls an era of "Anthropocene defaunation." More than 320 land vertebrates have become extinct since 1500, and up to 33 percent of all species are threatened or endangered, with large animals declining at the highest rate.

This is not good.

"We tend to think about extinction as a loss of species from the face of the Earth," says Dirzo, "and that's very important. But there's a loss of critical ecosystem functioning in which animals play a central role that we need to pay attention to as well. Ironically, we have long considered that defaunation is a cryptic phenomenon, but I think we will end up with a situation that is non-cryptic because of the increasingly obvious consequences to the planet and to human wellbeing."