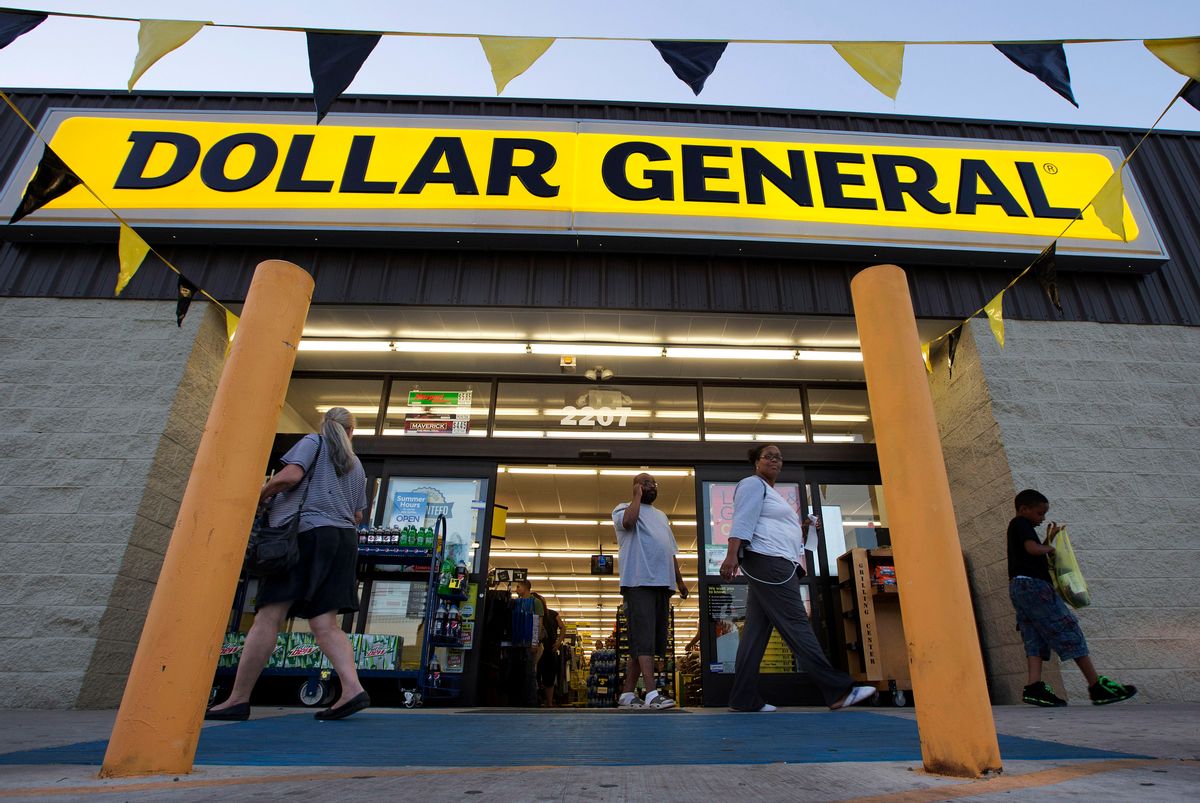 FILE - In this Wednesday, Sept. 25, 2013, file photo, customers exit a Dollar General store, in San Antonio. Dollar General is going hostile with its $9.1 billion bid for Family Dollar after repeated rejections of previous offers by its rival. The discount chain said Wednesday Sept. 10, 2014 that it is offering investors of Family Dollar Inc. $80 per share in cash, the same offer that was rejected last week by the company board. (AP Photo/Eric Gay, File) (AP)
--

Dollar General is going hostile with its $9.1 billion bid for Family Dollar after its rival repeatedly rejected previous offers.

The discount chain has commenced an open offering to investors of Family Dollar Stores Inc. for $80 per share in cash. That offer was rejected last week by the company's board, which has already accepted a deal with another discounter, Dollar Tree.

Family Dollar, based in Matthews, North Carolina, has voiced concerns about Dollar General's deal passing antitrust review. In response, Dollar General has said that it is willing to divest up to 1,500 stores if the Federal Trade Commission requires it. The company also is offering to pay a $500 million reverse breakup fee if antitrust hurdles get in the way.

Family Dollar Stores Inc. has been exploring a sale amid considerable financial stress and it has shuttered some of its stores and cut prices in an attempt to increase foot traffic. In June, activist investor Carl Icahn urged the company to put itself up for sale.

Family Dollar accepted an $8.5 billion offer from Dollar Tree Inc. a month later. The competing bid includes $59.60 in cash and the equivalent of $14.90 in shares of Dollar Tree for a total of $74.50 for each share held. Family Dollar has backed the bid, saying regulators are less likely to interfere.

There are more similarities, however, between Family Dollar and Dollar General, which stock their shelves with goods that sell for a range of prices. Everything sold at Dollar Tree costs a buck.

Appealing directly to Family Dollar shareholders, Dollar General Chairman and CEO Rick Dreiling said that a sale to his company would provide them with "immediate and certain liquidity for their shares."

"By taking this step, we are providing all Family Dollar shareholders a voice in this process, and we urge them to tender into our offer," Dreiling said in a news release.

Dollar General's offer expires Oct. 8. The latest bid, which was raised from $78.50 per share initially, represents a premium of nearly 32 percent for Family Dollar stock on the day before the Dollar Tree deal was announced in July.