The boxer, who served time for domestic battery in 2012, thinks the NFL should have stuck with Rice's original ban 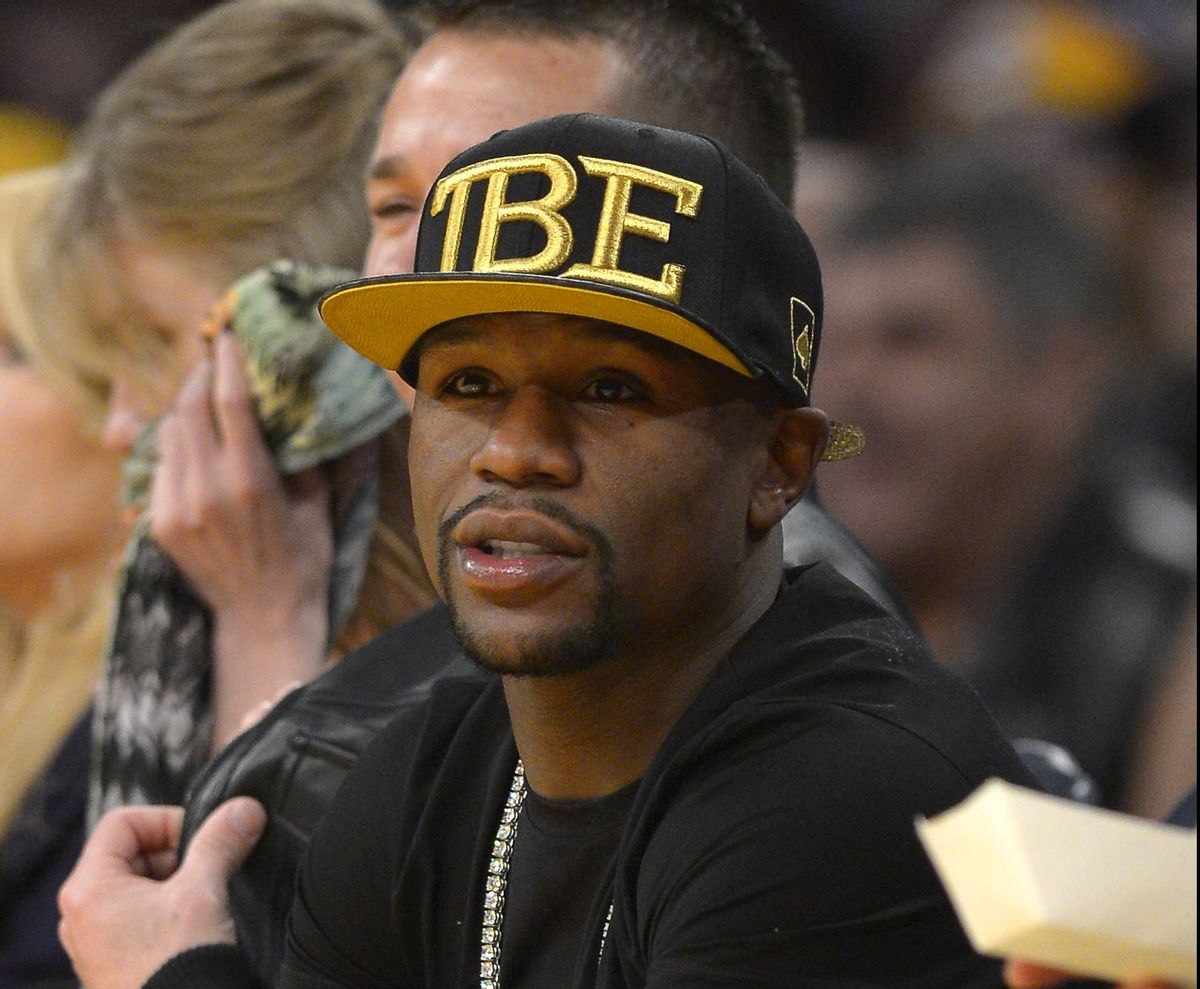 Boxing superstar and convicted domestic abuser Floyd Mayweather Jr. thinks the NFL punished Ray Rice too harshly. At a press conference on Tuesday, Mayweather said he believed the league had been overly influenced by security footage of Rice knocking unconscious his then-fiancée (now wife) Janay Palmer, which was released on Monday and resulted in Rice being released from his contract with the Baltimore Ravens and suspended indefinitely from the NFL. According to Mayweather, the league was wrong to alter Rice's (much criticized) original suspension, which banned him from playing in just two games.

"They had said that they had suspended him for two games," Mayweather said, according to the Ring. "Whether they saw the tape or not, I truly believe a person should stick to their word. If you tell me you're going to do something, do what you say you're going to do. But once again, I'm not in the NFL, so I can't really speak about the situation."

Still, despite seeing the video of Rice punching his partner in the face, Mayweather believes the NFL should not have extended the suspension -- partly because a deal's a deal, but also because worse things could have happened. "I think there are a lot worst things that go on in other people’s households also," the boxer said. "It's just not caught on video."

Mayweather, who served two months in a Las Vegas jail after pleading guilty to charges of domestic battery in 2012, went on to declare his own innocence of domestic violence. He was recently named in a civil lawsuit by his former fiancée, Shantel Jackson, who claims Mayweather assaulted her, held her captive in his mansion and publicly humiliated her with his abuse. The boxer, however, asserted that he has been the victim of false accusations.

Mayweather was joined in expressing his sympathies for Rice by yet another alleged domestic abuser, Ravens linebacker Terrell Suggs. Suggs, who was accused in 2012 of dragging his then-girlfriend, now-wife Candace Williams alongside a car he was driving -- in addition to punching her, breaking her nose and pouring bleach on her and her son -- has yet to be suspended from play or released from the team. On Tuesday, he told reporters that he and his teammates were shocked by the news of Rice's dismissal.

“It definitely kind of blindsided us,” Suggs said. “Ray is our brother, we’re not going to abandon him and turn on him now.”