Good news: The ozone layer is showing signs of improvement

According to a WMO/UN report, the ozone levels increased 4 percent in key mid-northern latitudes 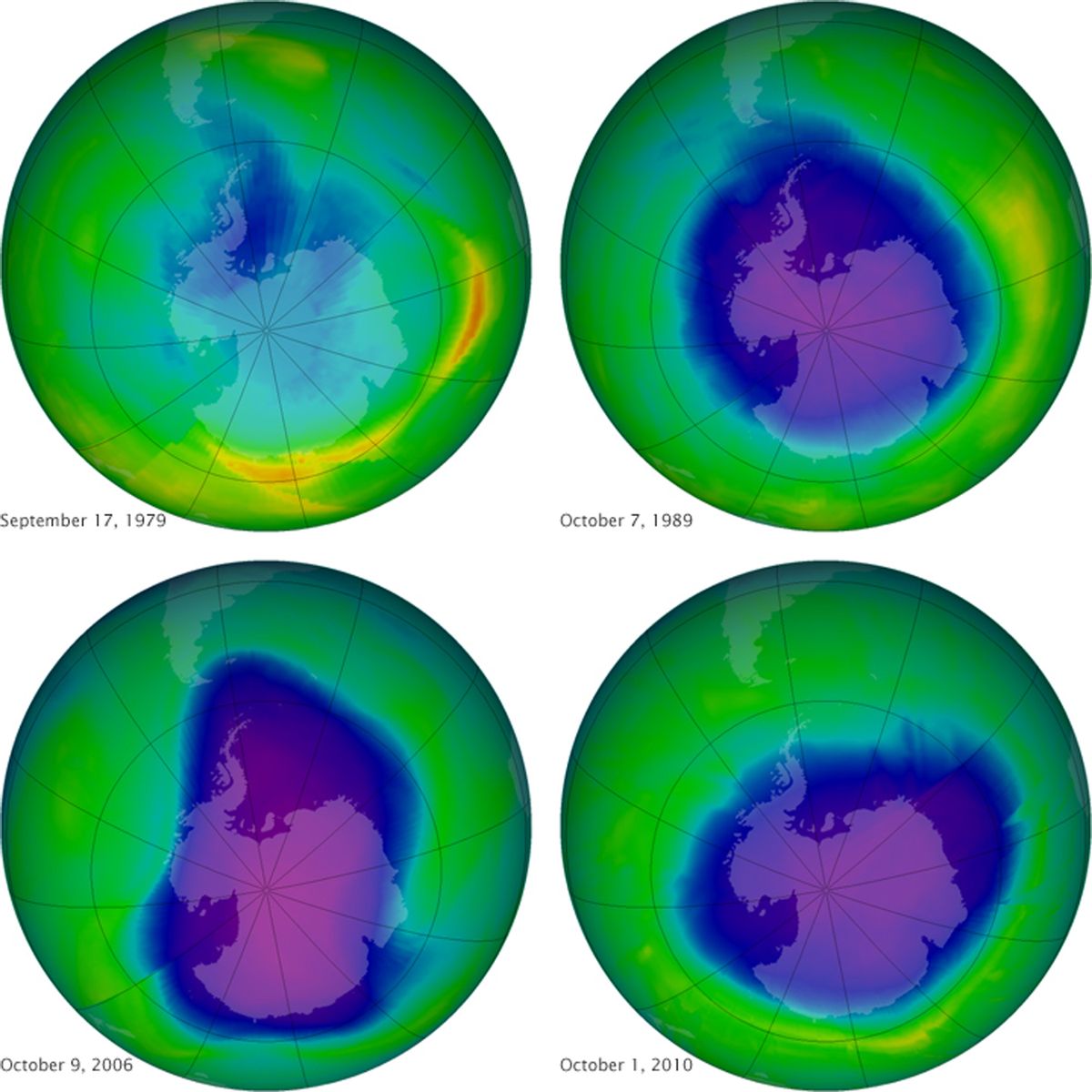 Writing about enviroionmental issues means writing about decline, failure, doom -- but not today! Today, we can put the tiniest droplet into the Good News bucket thanks to a new report published jointly by the U.N. Environmental Program and the World Meteorological Organization. The study found that the ozone layer, the life-enabling boundary that shields the Earth from the sun's ultraviolet rays, is showing signs of slight thickening after years of depletion.

The improvement appears to be due to a successful 1987 ban on the use of chemicals used in aerosols and refrigerants.

From 2000 to 2013, ozone levels went up 4 percent in the key mid-northern latitudes at about 30 miles high, said NASA scientist Paul A. Newman. He co-chaired the every-four-years ozone assessment by 300 scientists, released at the United Nations.

"It's a victory for diplomacy and for science and for the fact that we were able to work together," said chemist Mario Molina. In 1974, Molina and F. Sherwood Rowland wrote a scientific study forecasting the ozone depletion problem. They won the 1995 Nobel Prize in chemistry for their work.

The ozone layer had been thinning since the late 1970s. Man-made chlorofluorocarbons, called CFCs, released chlorine and bromine, which destroyed ozone molecules high in the air. After scientists raised the alarm, countries around the world agreed to a treaty in 1987 that phased out CFCs. Levels of those chemicals between 30 and 50 miles up are decreasing.

The United Nations calculated in an earlier report that without the pact, by 2030 there would have been an extra 2 million skin cancer cases a year around the world.

The news comes just after the announcement that the production of greenhouse gases had increased more in the past year than it had any other year on record.

"International action on the ozone layer is a major environmental success story ... This should encourage us to display the same level of urgency and unity to tackle the even greater challenge of tackling climate change," said WMO's Secretary-General Michel Jarraud.