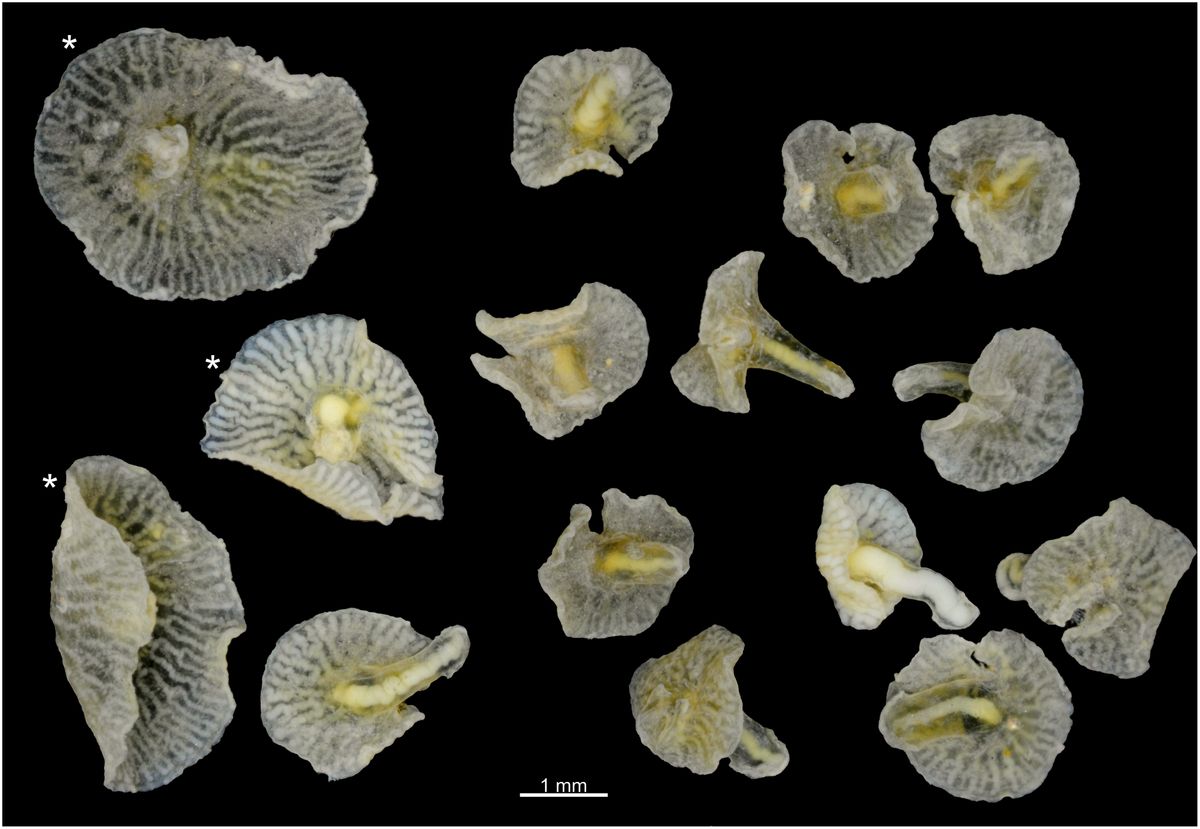 The discovery of two new species of organisms off the coast of Southeast Australia has completely perplexed researchers, because, according to the New York Times, they "defy all existing classifications of life." Although the organisms were technically pulled from the deep sea in 1986 by biologist Jean Just, they have not been scientifically described until Just published an article in the journal PLOS ONE this month:

A new genus, Dendrogramma, with two new species of multicellular, non-bilaterian, mesogleal animals with some bilateral aspects, D. enigmatica and D. discoides, are described from the south-east Australian bathyal (400 and 1000 metres depth). A new family, Dendrogrammatidae, is established for Dendrogramma. These mushroom-shaped organisms cannot be referred to either of the two phyla Ctenophora or Cnidaria at present, because they lack any specialized characters of these taxa.

The animals do not resemble any existing group, although they could be similar to some extinct species like Albumares, Anfesta and Rugoconites from the end of the Ediacaran period. In an interview with National Geographic's Jennifer Frazer, neurobiologist Leonid Moroz said that if the species do turn out to be descendants of these ancient creatures, the discovery could "completely reshape the tree of life, and even our understanding of how animals evolved, how neurosystems evolved, how different tissues evolved ... It can rewrite whole textbooks in zoology."