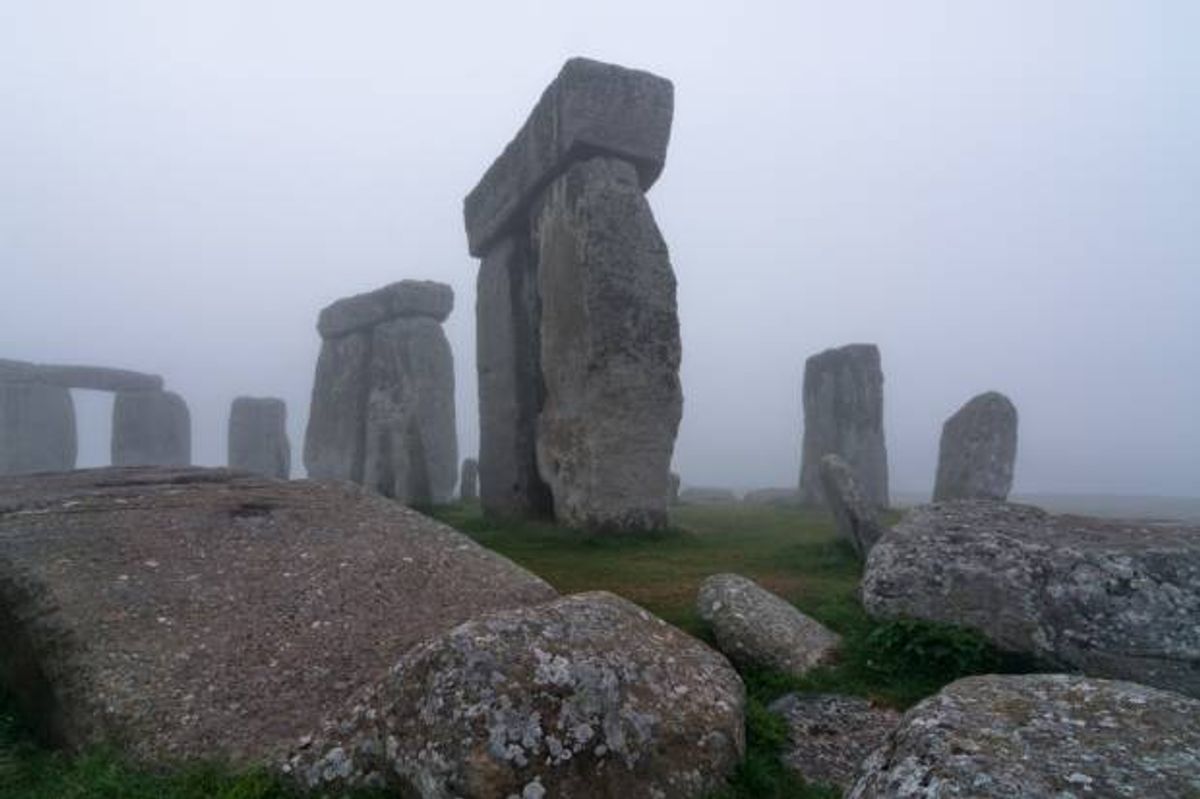 A new digital mapping project conducted by archaeologists from the University of Birmingham has concluded that Stonehenge was not always a solitary structure; instead, it was surrounded by 17 shrines. The findings include one "super henge" made up of 60 enormous stones at Durrington Walls.

"For the past four years we have been looking at this amazing monument to try and see what was around it," said Vincent Gaffney, the project's lead researcher and a professor at the University of Birmingham. One question was at the center of his research: "Was it really an excluded place, where only special people would come?

The team's new three-dimensional map, which covers an area of 12 sq km or 1,250 football fields, shows that this was not the case...

Under one of the numerous mounds, they identified a 33m-long timber building about 6,000 years old, probably used for ritual burials and related practices, possibly including excarnation (stripping flesh from bones).

"[The building] has three rows of roof-bearing posts. It is around 300 square metres and slightly trapezoidal, which is interesting because in the same period on the continent, about 100 to 200 years earlier, we also find this type of trapezoidal building related to megaliths [giant stones]," said Prof Wolfgang Neubauer, director of the Ludwig Boltzmann Institute, which was also involved in the research.

Another 17 mounds revealed previously unseen ritual monuments about the same age as Stonehenge itself.

Using a magnetometer, ground-penetrating radar (GPR) and a 3-D laser scanner, the researchers were able to see beneath the earth's surface at what the area looked like generations ago. They also discovered two pits inside the Cursus, a two-mile-long rectangular trench, as well as enormous posts beneath Durrington Walls.

"Using 21st-century techniques, the Stonehenge hidden landscapes team has transformed our knowledge of this ancient, precious and very special landscape," said Dr. Nick Snashall, the National Trust Archaeologist for the Avebury and Stonehenge World Heritage Site. "Their work has revealed a clutch of previously unsuspected sites and monuments showing how much of the story of this world-famous archaeological treasure house remains to be told."

BBC 2 will air a related documentary, "Operation Stonehenge: What Lies Beneath" on Sept. 11.