Stephen A. Smith completely loses it over calls for Goodell's resignation

The ESPN commentator doesn't think the NFL has a domestic violence problem. That's why it has a problem 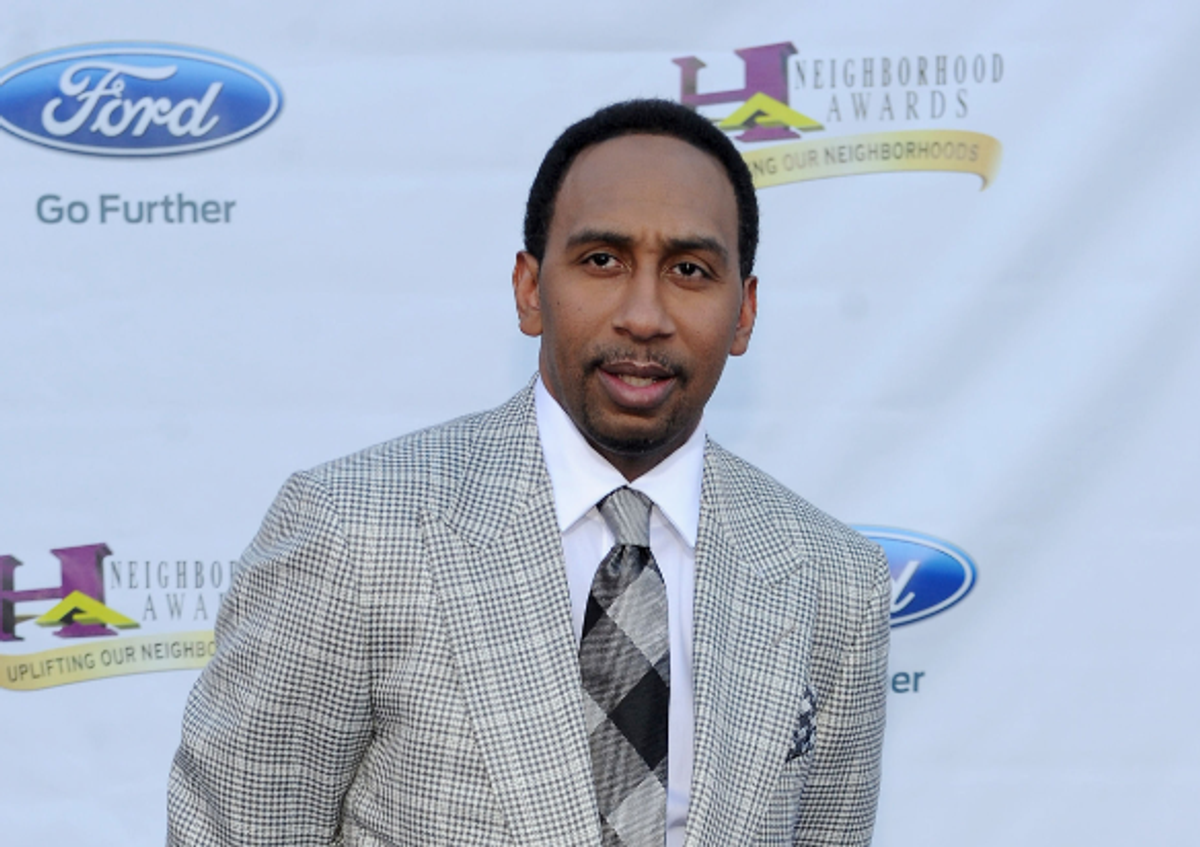 On Wednesday's edition of ESPN2's "First Take," commentator Stephen A. Smith had what might best be described as "a complete meltdown" over the National Organization for Women's calls for NFL commissioner Roger Goodell to resign. Smith, who was recently suspended from the network after suggesting that women should take responsibility for provoking their own abuse, responded with outrage to a statement from NOW president Terry O'Neill, which asserts that the NFL "doesn't have a Ray Rice problem; it has a violence against women problem."

"I'm sorry, I think this woman is off her rocker," Smith said. "I think she's lost her mind. That's right, I said it."

Fellow commentator Skip Bayless, who has previously expressed skepticism over whether Goodell should be allowed to stay, agreed with NOW. Smith did not take kindly to this:

This is the most ridiculous nonsense I've ever heard in my life. Roger Goodell deserves to lose his job? Why are you acting like he's Ray Rice? Roger Goodell didn't hit Janay Palmer Rice. He hasn't hit any women. And by the way, the last time I checked, Skip, why are we talking about the NFL as if it's some cesspool for domestic violence? There's a few cases. It's being dealt with. It needs to be dealt with harshly -- etcetera, etcetera. There are 1,800 players in the NFL! By and large, most acting like model citizens, never getting in any trouble -- what the hell is this?

Host Cari Champion attempted to cut in, saying, "We've got to wrap," but Smith continued his rant for another minute and a half before the network cut to commercial.

Contrary to Smith's angry assertion, the NFL actually does have a domestic violence problem -- a massive one, which has been overwhelmingly swept under the rug and condoned for years. Since Goodell began his tenure as commissioner in 2006, there have been more than just "a few cases" of players committing domestic abuse -- 56, to be exact, as Sidespin reported on Wednesday. The site has detailed each of the 56 cases, only a handful of which resulted in suspensions. Of the reported instances, players were suspended for a combined total of 13 games (not including Rice's suspension) and only 10 were released from their teams.

These cases of abuse do not happen in a vacuum. They happen in a highly permissive and, as Bayless calls it, arrogant NFL culture, where people like Roger Goodell condone violence against women in the interest of making a buck. But this dangerous culture has not been built around a single person's blindness, and Goodell is not the only person who has helped sustain it. There are other commissioners who came before him to blame, as Smith pointed out in his rant -- but there is also Stephen A. Smith himself, who has willfully overlooked the myriad instances of players abusing their partners for sport.

Smith is also guilty of perpetuating an attitude that puts domestic abusers above the law and blames the victims of their assaults. He has perpetuated this idea not only within the NFL, but has broadcasted it in the media, contributing to a larger culture of violence that ignores the victimization of women and misunderstands the causes of domestic abuse. Stephen A. Smith might not have hit any women, and Roger Goodell might not have either. But they have made it easier for men who have to get away with doing so without punishment, and they have implicitly promoted the idea to fans that violent behavior is acceptable.