Indies have produced some of the most haunting, bizarre scenes of sexual behavior in the history of cinema 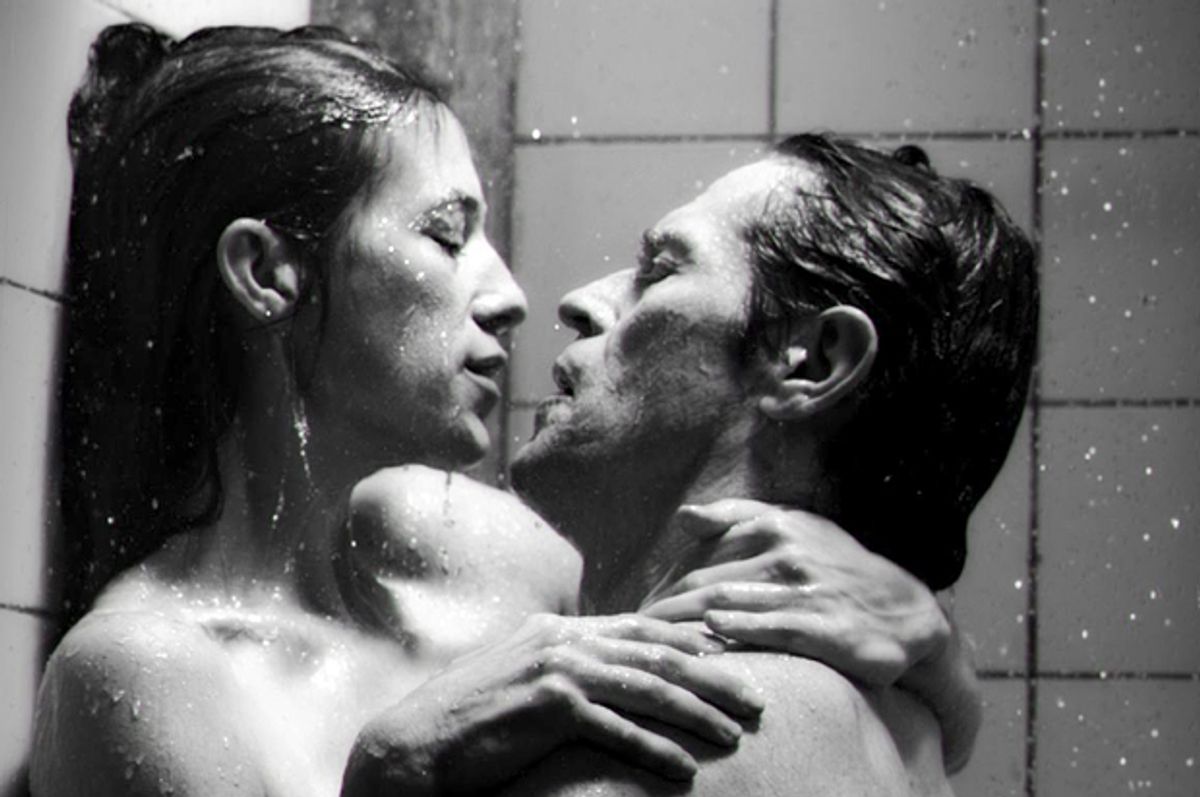 I recently wrote an article on ethical dilemmas in torture porn and received some rather extreme reactions. Given that two new films—James Franco’s “Child of God” and Kim Ki-duk’s “Moebius”--depict some rather extreme sexual activities, it seemed appropriate to consider how sexual taboos are depicted in indie films.  “Child of God” features a tender scene of necrophilia, as Lester Ballard (Scott Haze) makes love to the corpse of a young woman he finds in a car. And over the past few years, indie films have produced some of the most haunting, bizarre scenes of deranged sexual behavior in the history of cinema.

“Love Is a Mad Dog From Hell” (aka “Crazy Love”) (1987), by Belgian writer/director Dominique Deruddere, is an outstanding adaptation of a trio of Charles Bukowski stories. Unfolding as a triptych, the last and most provocative act has the main character, Harry Voss (Josse De Pauw), making love to a corpse he and his buddy have stolen. Staring at the beautiful, blonde, nude corpse, Harry registers a peculiar desire. He gently caresses this ethereal beauty, and Deruddere emphasizes her luminescence, perhaps to offset the disturbing nature of the depraved act that is soon performed. The sex is discretely presented—a few thrusts, really. The affection Harry displays in the next scene, as he strokes her face before carrying his love out into the ocean, feels sincere.

“Kissed” (1997) is director Lynne Stopkewich’s striking character study of Sandra (Molly Parker), a mortuary assistant, who falls in love with her “clients.” She has, it is revealed, a death obsession/fetish, and it piques the interest of Matt (Peter Outerbridge) a living, breathing medical student who becomes her confidant. That Matt becomes jealous of Sandra’s “other men” is an interesting wrinkle; it shifts the audience identification point. If the film provides a clinical presentation of embalming, it takes a different approach to depicting sex with the dead. Although Sandra is seen nude and climbing on to a corpse, Stopkewich stops at showing anything explicit. Instead, she lets the audience’s imagination take over as Sandra is “transported,” by engaging in her passion. Which is perhaps more effective, and maybe even a little creepy. As the film’s poster indicates, “Love knows no bounds.”

Then there’s the wild, challenging new psychosexual drama, “Moebius.” This film, written and directed by Kim Ki-duk, features a wife, preparing to castrate her husband as punishment for his infidelity. When he escapes harm, she takes her frustration out on their sleeping son. While the act of castration happens off-screen, the aftermath forms the crux of the “Moebius.”

Soon, the husband is working through his guilt by sticking a gun in his pants and researching genital transplant surgery to help his son. Shocking to be sure, Kim Ki-Duk’s film goes further in its investigation of symbols of masculinity and power. A subplot involves the rape of a female shopkeeper by a gang, which leads to the son’s arrest as a participant in the crime that others prove he could not commit. “Moebius” is an extreme and violent film to be sure, but it raises provocative questions of pleasure and pain. (Not unlike the necrophilia films.)

The fact that all of this is told in an unflinching style—without dialogue or character names—only makes it both more fascinating and more risible. “Moebius” is full of obvious phallic symbolism—subtle, it ain’t—but it is certainly unforgettable.

Castration has been portrayed vividly and viscerally, in film, from Nagisa Ôshima’s shocking “In the Realm of the Senses” (1976) to Tinto Brass’ vulgar “Caligula” (1979) and Bruno Dumant’s stunning drama, “Flanders” (2006). But two films that tackle this topic are, arguably, a cut above:

“Antichrist” (2009) is Lars von Trier’s notorious drama about an unnamed married couple (Charlotte Gainsbourg and Willem Dafoe) recovering from the tragic death of their child. Repairing to their cabin in the woods to repair their relationship, the opposite occurs. A fox claims that, “Chaos Reigns,” and soon “she” is losing her mind and performing acts of genital mutilation—such as crushing her husband’s penis with a millstone in a scene that is as squirm-inducing as the one of her cutting her clitoris.

“Antichrist” was made while von Trier was struggling with depression. Audiences just struggle watching this film as they try to make sense of his messages of grief, only to perhaps experience it themselves.

“Teeth” (2007) is a delicious black comedy about the vagina dentata myth. Writer/director Mitchell Lichtenstein (son of Roy) opens his film with a scene in which Dawn (Jess Weixler) “bites” the finger of her brother Brad (John Hensley) when he tries to touch her “down there.” His fear of female genitals prompts him to have sex with women from behind after that. Meanwhile, Dawn castrates Tobey (Hale Appleman), when he rejects his abstinence promise and forcibly rapes her in a cave (that resembles a mouth with sharp teeth). That Lichtenstein does not deny viewers the “stump” shot is meant to be shocking and funny, as is a later scene when Dawn gores her boyfriend Ryan (Ashley Springer), and his severed penis spurts blood.

Lichtenstein’s bizarre comedy is about female empowerment, and the control of a woman’s sexuality. He may take things too far when Dawn and Brad have sex and Brad’s pet dog eats (and spits out) his master’s pierced and detached penis. But does anyone go to see a horror-comedy film about vagina dentata and expect something polite?

Like “Teeth,” “Moebius” also touches on the subject of incest, another taboo that has been a staple of arthouse fare for decades. Mother-son incest has been featured in films as varied as Louis Malle’s “Murmur of the Heart” (1971), Bernardo Bertolucci’s “Luna” (1979) and Stephen Frear’s “The Grifters” (1990). But two films, by queer filmmakers depict this particular taboo in extreme, and extremely unsettling, ways.

“Savage Grace” (2007) by Tom Kalin is a re-presentation of the sordid story of the Barbara Baekeland murder case. The film showcases an arresting performance by Julianne Moore as Barbara, a wealthy, jealous mother who loves her son Antony (Eddie Redmayne) way too much. Yes, having sex with her son is inappropriate. So is her masturbating him. And having the possibly gay Tony join Barbara in bed with her gay “walker” Sam Green (Hugh Dancy) is also going too far. But does she deserve to be murdered for her behavior? Kalin’s psychosexual drama deftly addresses the mother-son power struggle. “Savage Grace” was savaged by many critics, but I think it's really an underrated film.