The Weather Channel circa 2050 is a bleak place indeed 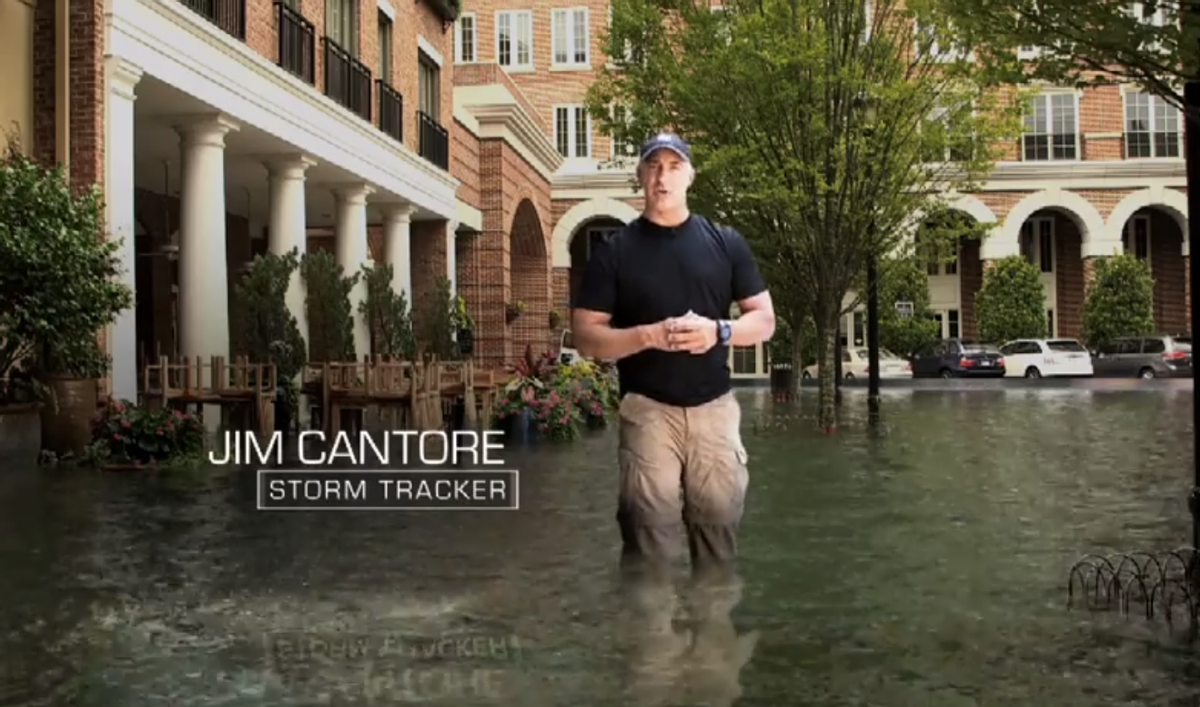 Americans may already be experiencing the effects of climate change today, but that's nothing compared to what's coming in the future. So claims the World Meteorological Organization in its worst-case imagining of the weather report for September 23, 2050. It features familiar faces from the Weather Channel (who, impressively, haven't aged a day) bringing some of the most dire predictions from the IPCC report and the National Climate Assessment to life.

The video, one of a series, would almost come off as parody, if it weren't so terrifying. The Arctic Circle as a hot vacation spot? Anchorage as the host of the summer Olympics? Temperatures upwards of 93 degrees Fahrenheit..in the evening..in September...in Chicago? The overall portrayal is of a country that's unrecognizable from the one we're currently living in.

Other parts, though, are already pretty true to life: Samantha Abrams reports on a "megadrought" wreaking havoc on the Southwest. "Megadrought" happens to be a ridiculous word that's already being used here in 2014 to describe California's ridiculously bad dry spell. Such droughts used to be once-in-a-century events; with climate change, experts warn they're going to become a lot more common. One recent study puts the odds of a 35-year drought hitting the Southwest U.S. within the next century at 50 percent. The real question might be whether, by midcentury, megadroughts will even be newsworthy anymore.

Other segments, as when meteorologist Jim Cantore reports, knee-deep in water, from a flooded Miami, are not nearly as sci-fi as they look. While that segment "might seem far-fetched," notes Mashable's Andrew Freedman, "it's not far off from what studies show." By 2050, there's a 50 percent risk of at least one 3-foot flood hitting the area; by the end of the century, that risk jumps to 100 percent.

Critics are likely to argue that the scenarios imagined here are overblown. But it's no coincidence that the WMO is releasing these videos in the lead-up to the U.N. Climate Summit. If we can get serious about cutting emissions, here's betting Jim Cantore won't even mind being proven wrong.

Watch the dispatch from the future, below: