Bookstores live! Secrets of the stores saving the book world

We spent almost two weeks touring bookstores, and returned more hopeful than ever about their future 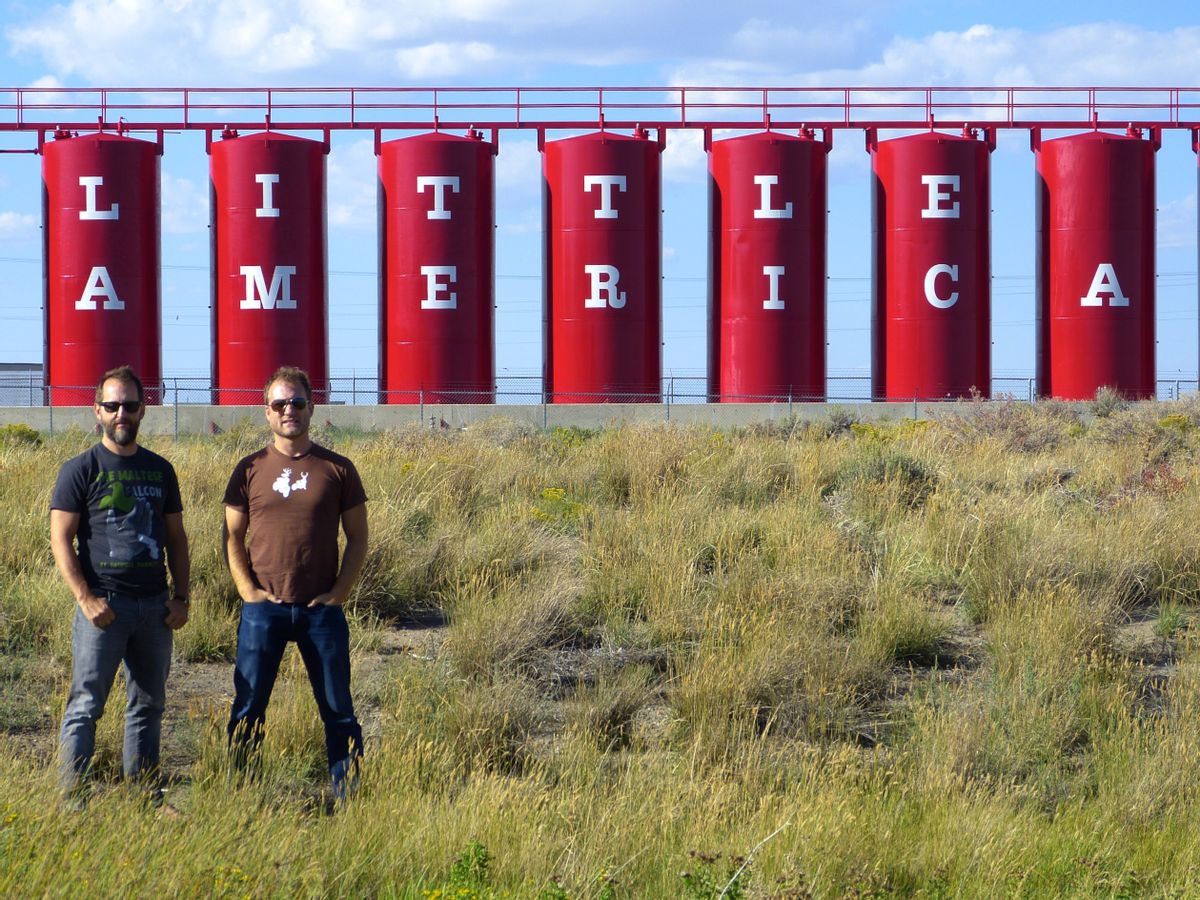 Josh Weil and Mike Harvkey are on book tour with two acclaimed new novels. Their dispatches from the road begin here.

When we left New York with nothing but an enormous summer’s sunbaked country on the other side of the windshield, and half a dozen readings on the calendar for the next week and a half, the main question we wanted an answer for was this: Will it be worth it? It’s a question that we’d figured at the start would almost answer itself. If our great American book tour road trip was a success — if it moved the needle on sales — then the answer would be yes, sure. If it was a big fat bust, then our answer would be nope, huh-uh, not even close, bub. Three thousand miles, hundreds of bucks down the tank, hundreds more on mostly shitty hotels with their shitty free breakfasts and their watery coffee — all to sell a stack of books that we could both carry up a hill while barely breaking a sweat.

Turns out, the question’s a little more complicated than we thought. As a classic road trip that literally took us from sea to shining sea, yes, it was worth it, absolutely. We made new friends and got to see old ones, had a backyard barbecue thrown in our honor, were taken to dinner more than once, slept on some nice sofas and the occasional bed, drove in literal awe through the most amazing landscapes, and walked the streets of dead, dying and surprisingly thriving American small towns. And we — two buds whose quality time is usually digital — got to spend hour upon hour side by side, IRL. When we weren’t listening to Andre Dubus III read "Townie" as if he was sitting beside us at a dive bar, we were talking — about some novellas Josh needs to work on, and his next novel, and a novel Mike’s started, and the novella Josh wants him to write. We worked through problems, talked through revisions, hashed out narratives and themes and characters and style, and realized that we’re actually headed in opposite directions now, as each of us pushes away from our last book.

But did the tour move the needle? Did it help, in any practical sense? It’s hard to say. Almost at every bookstore we were enthusiastically met by booksellers happy to have us. Every single store we occupied was independent, and we were very happy to see that they were thriving, not dying.

In Kalamazoo, the owners of Book Bug took us to dinner with other local writers, an hour spent around a table that expanded our community, gave us the sense of being part of something big, a gratitude for the good people who care about good books all across the country. That night in Michigan, they hung huge posters of our novels’ covers where they would catch customers’ eyes long after we were gone. In Denver, the folks at the Tattered Cover comped us coffee, gave us gifts: brushed-metal bookmarks engraved with our names. Many booksellers thanked us for coming. Some had worked very hard to fill seats — and sometimes it worked. A few had worked harder than that, drumming up notices in local papers or arranging interviews with local radio. Very rarely we encountered a bookseller who had done nothing — no publicity, no press, no questions asked, no attempt to get to know the two authors who had driven halfway across America to spend a couple of hours in their store. Those times we sat before our smallest audiences while the bookseller read our bios from a slip of paper, never looking up. Then we read, talked, sold a few books, signed a few more for the store, and went to a bar to let the whiskey take away the sting.

But most of the time we were properly introduced by passionate booksellers or local authors, like Nina McConigley in Laramie, Wyoming, where we read at the Second Story, a bookstore whose many small rooms off a huge parlor betray its past (once-thriving railroad track-side brothel) to an audience of 30 — the largest we had. There, as elsewhere, we sold a handful of books, signed a few more for stock. In most cases, we made six or eight sales a night, but the stock signing seemed equally important: sometimes 20 or more hardcovers that these booksellers, our new advocates, would hand-sell to their loyal customers for the rest of the year. In an era where most authors enjoy a spotlight of, at best, six weeks for all the years of effort that go into a book, an enthusiastic bookseller steering readers to our novels several months after publication is the stuff of dreams. As is the fact that these booksellers put our books on a prominent front-and-center display in their stores weeks before we even arrived, the kind of presentations our publishers’ marketing teams wouldn’t have had the budget to pay for.

Still, though, that question persists: Is it worth it? An indie bookseller convinces two dozen readers to buy our books for Christmas. Say this happens six times. That’s 150 books. Literary debuts aren’t known for big numbers, but success means more than a few hundred. Success means a good many thousand. But think about this: Some of those two dozen readers — say, a third of them — tell one or two other readers about our books. Seven people each tell two friends, and so on and so forth, like that old shampoo commercial, and the train chugs ever up that hill, slow, steady, unstoppable. As authors (and Mike having spent time on the inside, at Publishers Weekly) another question that’s always on our minds is a question that’s on every publisher’s mind: What sells books? The only answer we’ve ever heard is “word of mouth.” Personal recommendations. So: Is it worth it? The honest answer can only be: Time will tell.

Though, now that we have hiked up to a glacial lake 11,000 feet high in the Rockies, and scrambled down together through a starting storm; now that we have shared more burgers than we care to recount and tossed back our last glass of whisky followed by a last pickle juice shot (Mike, ex-Brooklynite, instructed our Boulder bartender on the basics of the pickle back); now that we have returned to opposite sides of the country, instead of sitting side by side watching the road unroll before us, we can say this: yep, uh-huh, you bet, bub. Because if we hadn’t gone and done this crazy trip, we would have never bottomed out the Prius in a field outside this strange truck stop off Highway 80 so that we could snap a picture that summed up our entire trip. Two guys, two books, one little America. Was it worth it for us? Hell yes.