Feds deny his request for leniency, say his online allegations of conspiracy show his regret is insincere 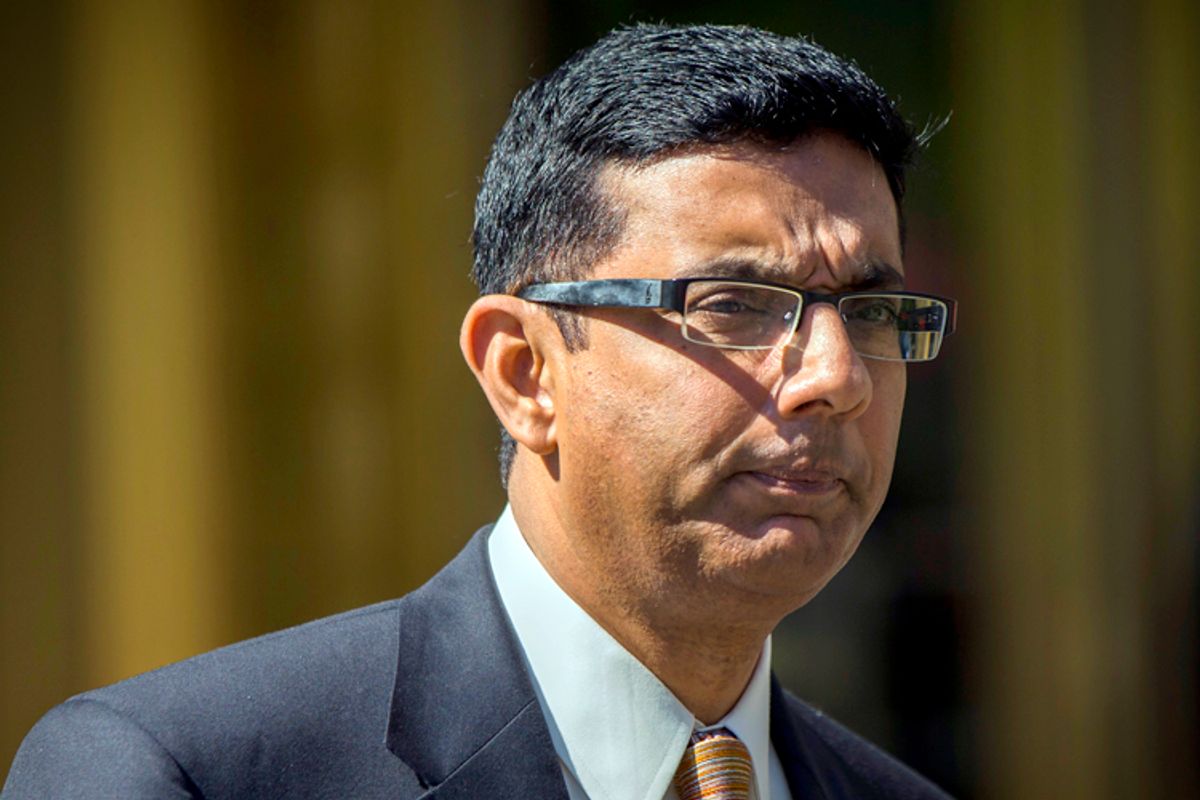 Offering a chilling reminder to the world that the first rule of Twitter is to never tweet, federal prosecutors on Wednesday rejected conservative filmmaker and campaign finance fraudster Dinesh D'Souza's plea for a reduced sentence, and pointed to his recent behavior online — particularly his insinuations that his prosecution is politically motivated — as evidence that his claim to be "ashamed and contrite" was insincere.

D'Souza, long a favorite pundit of the far-right, was indicted earlier this year for campaign finance fraud and has already pleaded guilty to using "straw donors" to funnel money to 2012 GOP Senate candidate Kelly Long. According to a report from Reuters, D'Souza professed contrition over his actions, and asked prosecutors to punish him by placing him on probation and mandating he agree to community service. The government is seeking a federal prison sentence of 10-16 months, and declined D'Souza's request.

To defend their choice, federal officials noted that D'Souza turned himself in at "the last possible moment" before trial, and since the indictment has repeatedly claimed during appearances on TV and through the Internet that he is a political target and had little choice but to offer a guilty plea. "Based on the defendant's own post-plea statements," prosecutors' filing reads, "the court should reject the defendant's claims of contrition on the eve of sentencing."

Benjamin Brafman, a lawyer for D'Souza, said in response to the filing: "Any suggestion that Mr. D'Souza has not fully accepted responsibility for his conduct is patently absurd."

U.S. District Judge Richard Berman in Manhattan is scheduled to sentence D'Souza on Sept. 23. The defendant faces a maximum of two years in prison.

The case against D'Souza, a critic of President Barack Obama, has prompted some conservatives to accuse the government of selective prosecution. Bharara is an Obama appointee.

In his own sentencing recommendation on Sept. 3, D'Souza said he "cannot believe how stupid I was, how careless, and how irresponsible."