"He had his hands in the air!": New witnesses of Michael Brown's killing come forward

Two contractors were recorded on video reacting to the shooting 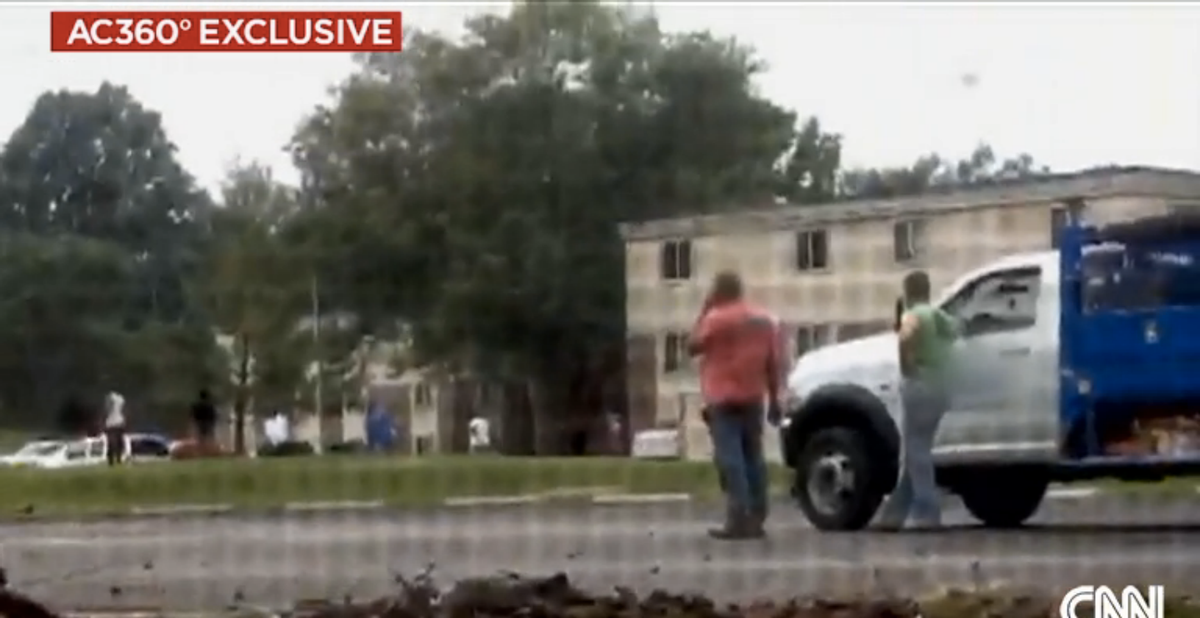 Two new witnesses of Michael Brown's killing have come forward, corroborating the account that the unarmed teenager had his hands up in surrender before Officer Darren Wilson shot him to death.

The two men who requested anonymity are contractors from out of town. The video available below depicts the two men watching events unfold. One man says, "He had his f**king hands in the air!"

CNN reports that one of the witnesses saw Michael Brown "staggering," then he said that Brown "put his hands up and said 'OK, OK, OK.'" The witness also told CNN that "the cop didn't say get on the ground, he just kept shooting."