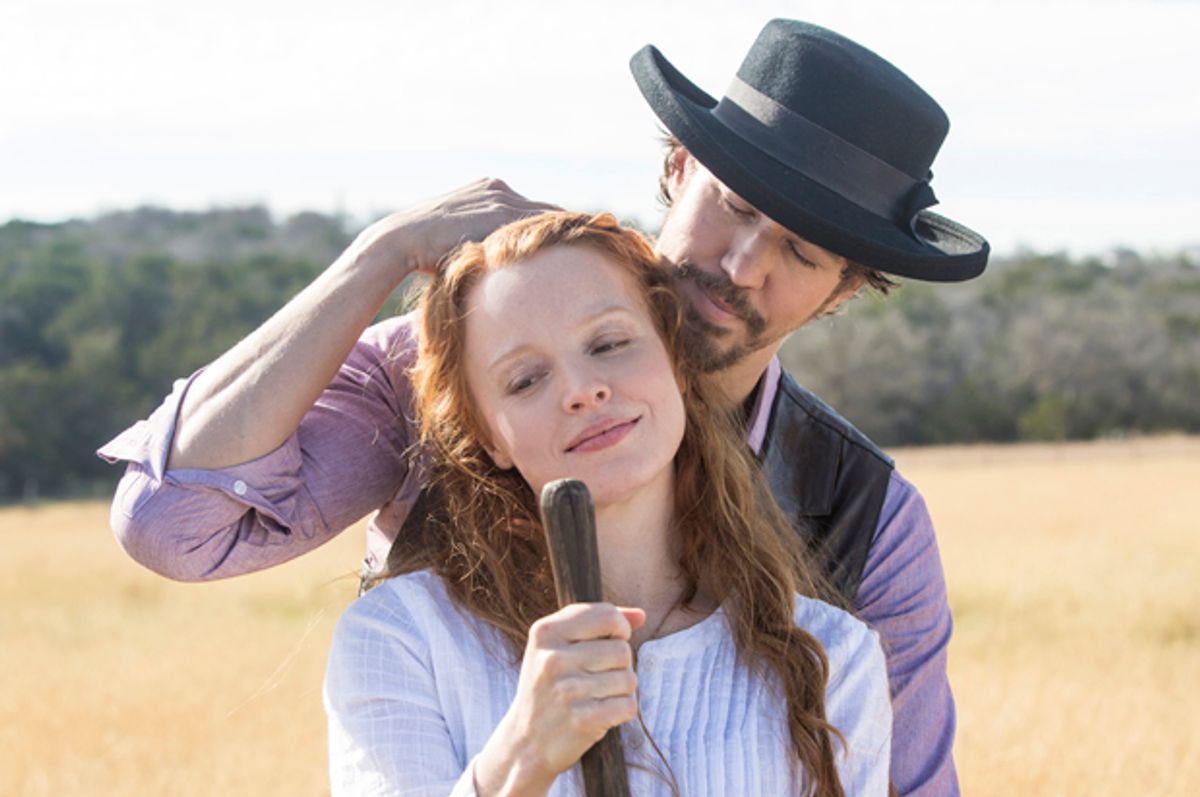 Lifetime is among the most all-over-the-place networks on TV -- mixing well-crafted reality like "Project Runway" with junk reality like "True Tori," and classy Emmy-bait like "The Trip to Bountiful" with actual trash like "The Brittany Murphy Story." The channel seems less interested in finding a brand identity and more interested in grabbing onto anything with a strong potential fan base and throwing it on the air. It doesn't make for a very coherent lineup, but maybe a slate of shows that logically lead into one another matters far less than a bunch of attention-grabbing gambits.

And so it is that a western movie produced by Nicholas Sparks, the writer's TV debut, ended up on Lifetime's air. Sparks is the novelist whose works ("The Notebook," "Dear John," "The Lucky One," "Safe Haven") are unusually easy to adapt into films. The Nicholas Sparks movie, at this point a genre all its own, stars inexpensive actors and features a plot that's heavy on sentiment if a bit light on reason. ("Safe Haven," his most recent film, revealed at its end that a central character had been a protective ghost the whole time.) Each novel basically feels like a blueprint for an eventual movie. Cutting out the middleman, as Lifetime has done, would seem more efficient -- Sparks is the executive producer of "Deliverance Creek," but it's not based on any existing material.

This would certainly seem to be Sparks' B-material, had he written it -- it's airing on TV rather than hitting theaters timed to Valentine's Day, and the logline is about a widow protecting her family, rather than getting into a torrid affair that heals her broken heart. (The movie is intended as a "backdoor pilot" to test the waters for a potential series.)

Sparks, though prolific, is more slow-moving than many of his contemporaries atop the best-seller list, and famously has a fairly lofty opinion of his own books; this TV movie is a way to extend his brand while being upfront about his involvement or sullying his name too much if it's poorly received. "Deliverance Creek" could very well be bad, but it's hard to imagine it being a failure; Sparks' fan base will show up even despite the fact that he didn't write it and that it would seem to have little in common with his contemporary love stories.

More than anything, Sparks-ism is a mood -- one that this movie doesn't quite capture. Nicholas Sparks lends to "Deliverance Creek" the same sort of aura Lindsay Lohan gave Lifetime movie "Liz and Dick," or that V.C. Andrews gives the network's slate of movies now. He may make little sense with the rest of the network's broadcasting, but he is guaranteed to draw in a few fans. As a next step for Sparks, this movie makes perfect sense. And for Lifetime, it seems practically genius, and another step away from the era of the generic woman-in-danger movie for the network. If all alliances between the brandless Lifetime and very well-branded authors looked so seamless, Lifetime might make a lot more sense.