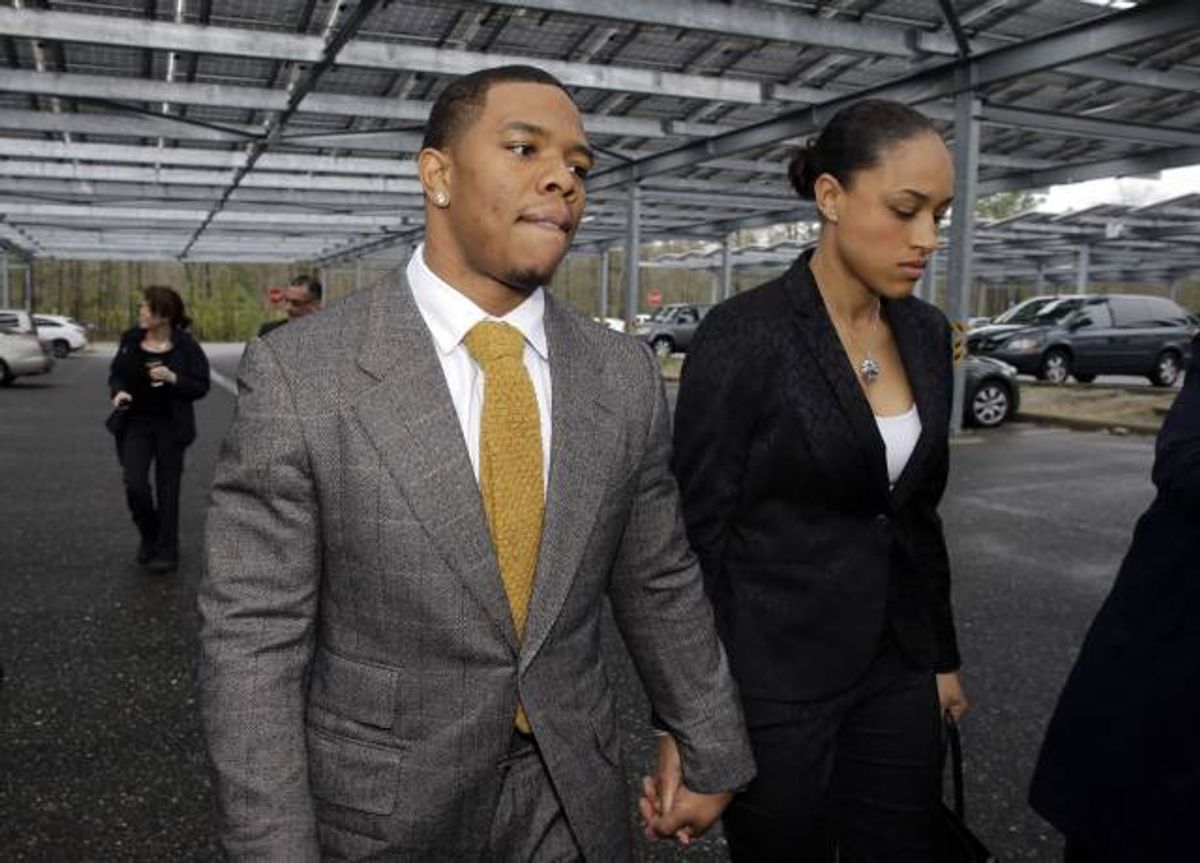 Ray Rice never went to jail for punching Janay Palmer in the face. He never would have, even if he weren't a public figure and even though the assault was captured on camera. According to New Jersey prosecutors, who have come out in defense of their handling of the criminal charges against Rice, the former Ravens running back would have faced either a two-year probationary sentence as a first-time offender, or a 12-month pretrial intervention program (he was sentenced to the latter at his lawyer's request).

In an interview with the Press of Atlantic City, prosecutor Jim McClain explained and defended his decisions in the Rice case, saying the law would not have allowed him to push for jail time:

McClain said the video would have been enough evidence against Rice to get a conviction at trial, even without Palmer’s cooperation. But all that would have come after the headlines and the daily coverage would be a probationary sentence, “and it’s not fair to the victim to put her through that when that was the difference.”

Ultimately, the law would have made it difficult for McClain to prosecute more harshly without the cooperation of Janay Rice (who married the player following his indictment). If the prosecution is without a complaining witness -- which it seems they would have been in the Rice case -- it makes it all the more difficult to secure a conviction from a jury, even when there is video evidence of a violent assault.

“I’m very glad that people are repulsed by the video, because this type of violence is an ugly, ugly thing,” McClain said. “But the fact that this assault was on video makes it no more nor any less ugly than those hundreds of domestic violence situations where similar violence was inflicted on a victim and it’s not captured on videotape. Reality is reality whether it’s captured on videotape or not. And the reality of violence is that it is always ugly.”