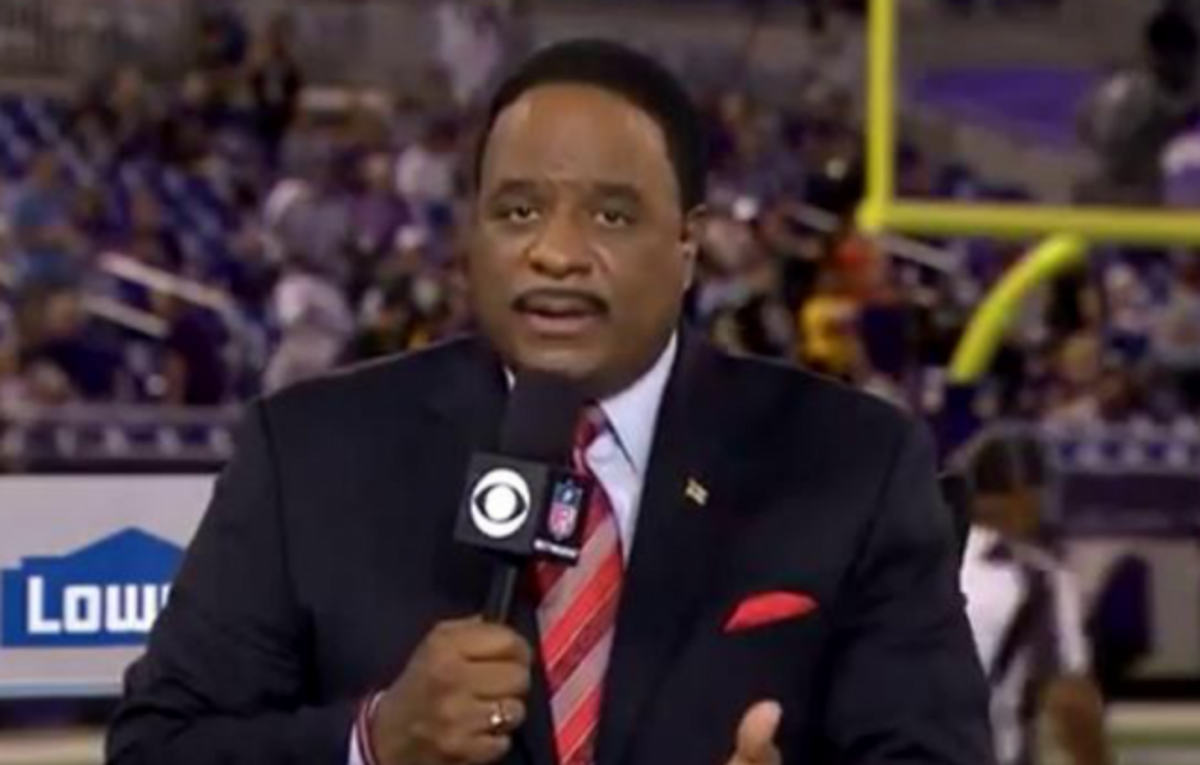 At the end of Thursday night's pre-game program before the Ravens-Steelers faceoff, CBS anchor James Brown delivered a powerful closing speech offering a glimmer of hope that the NFL might finally have to do something about its massive domestic violence problem. Brown criticized the league's permissiveness of violence and abuse, and urged men to take responsibility for their role in the devaluation of women:

Now, wouldn't it be productive if this collective outrage [around the abuse of Janay Rice] could be channeled to truly hear and address the long-suffering cries for help from so many women, and, as they said, do something about it. An ongoing, comprehensive education of men, about what healthy, respectful manhood is all about. And it starts with how we view women.

Brown went on to address the problems with our language, of how saying "you throw like a girl" or "you're a sissy" is not innocuous, but rather reflects "an attitude that devalues women, and attitudes will eventually manifest in some fashion." This realization isn't new -- but it is new coming from the media that hold the NFL and other sports leagues accountable, and it's a much-needed call to action.

Watch the rest of Brown's powerful speech below: