How I switched sides in the technology wars

My slow, painful transition from cheerleader to critic, all at one online magazine 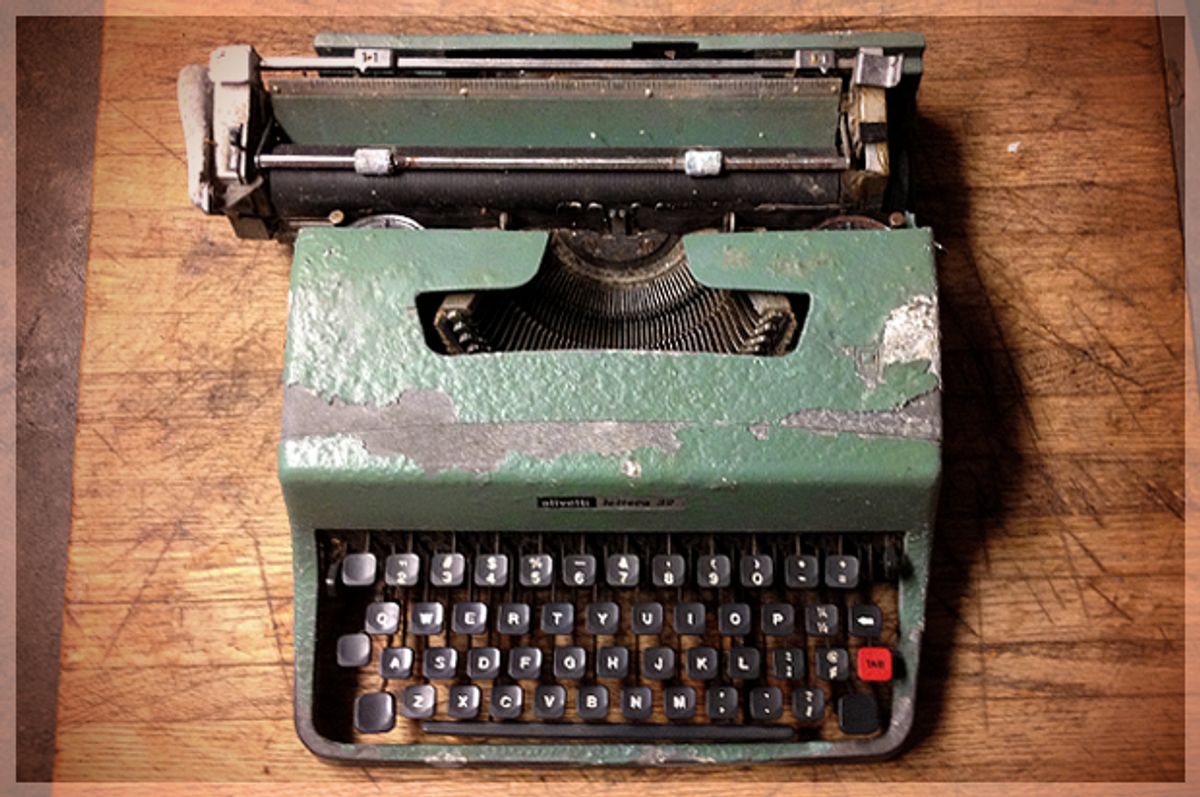 In the fall of 1995, a few days after Salon first ventured out into the strange new territory of the World Wide Web, I reviewed the site for an online magazine called Web Review. I said nice things about the quality of the content, but concluded that "the medium fails Salon's message."

The superb writing, graceful layout and inspired selection of story ideas deserve better than the pale light of my monitor and the discomfort of my desk chair. There's too much content to sort through and the articles, though shorter than those in the New Yorker, are still too long to be enjoyably read online. And that's the rub. SALON, more than anything else I've come across on the Web, falls victim to the fundamental deficiencies of online reading.

Ha. Ha. Ha. I was a grumpy codger even when the Web was young. But the joke was on me. A few months later I was freelancing for Salon. A year later I was hired as the magazine's first full-time reporter. My beat: The Internet. And God only knows how many words I've written for the delectation of Salon's online readers in the years since.

But eighteen years later, the time has finally come to move on to new challenges. The future of journalism is still being invented and there's a book I want to write. And 18 years, in this day and age, is an eternity to spend at one job.

But it's still hard to get my head around the fact that I'm leaving. I've helped Salon cover five presidential elections, the dot-com boom, the bust, 9/11, the great financial crash, and the rise of the smartphone. I've been a reporter, editor, blogger, pundit and then reporter again. I even tried to write a book on Salon.

When I started out with Salon, I sometimes had to explain to the people I was interviewing what exactly this thing we called the Internet was before I could explain what exactly an "Internet magazine" was. Eighteen years later, that's no longer necessary. The Internet is embedded in every facet of our existence. And a funny thing happened to me along the way. I made a slow, painful transition from cheerleader to critic. You might even say I switched sides in the tech culture wars.

Of course that kind of binary thinking betrays a mindset too locked down in ones and zeroes to capture the messiness and nuance of what's really going on. I still love technology. I love my smartphone. I'm excited by new ways of doing things and the unlimited potential of the future.

And I've always felt the duty and desire to be a critic. I will never forget how my jaw dropped when my superiors at Salon announced that we were going to have an IPO. But, but, but -- I'd spent the previous year mocking the greed and chicanery of and endless sequence of dot-com fiascos. Oh well. What is it that Chairman Mao wrote? "All contradictory things are interconnected...."

Still, there's some truth to the Benedict Arnold framing. Where once I evangelized, now I feel disposed to caution. Where once I gleefully trumpeted the way everything was going to change and everybody better get on board the train before they were run over on the tracks, now I find myself wondering when all this change is going to translate into a truly better world, one with greater social justice, a better deal, instead of a raw deal, for labor, and less income inequality, rather than more. And where once I was fascinated and seduced by geek culture, now I am repelled by Silicon Valley arrogance and hubris.

What I will always treasure about Salon is how generously it supported me all along the way, whether I was ranting or reporting, to tell the truth as I saw it. From my first editor, Scott Rosenberg, to my last, Peter Finocchiaro, my idiosyncratic passions have been encouraged and cheered on. From my first editor-in-chief, David Talbot, to my last, David Daley, Salon's top bosses have  always let me run free. (Except for when they wanted three blog posts a day about the debt ceiling showdown for weeks on end. But I'm successfully repressing those memories.)

It's been a hell of a ride. I've seen my own industry and profession chaotically transformed by the changes that I've been covering, and to this day, I'm not completely sure how I managed to stay employed throughout it all. As the inimitable Gary Kamiya wrote in his history of the first 10 years of Salon, "We have been showered in massive tulipmania loot, seen our stock go from $15.13 to one cent, and cheated the Grim Reaper who comes to whack failing little rags so many times he finally picked up his scythe in disgust and went home."

Seriously, I'm amazed Salon is still here, and even more amazed that I'm leaving Salon. But I won't leave without one last thank you to the most important people of all -- the readers without whom Salon would never have lasted a week, much less nearly two decades. You don't always agree with me, and some of you have on occasion said mean things to me. But I love you all, and award extra special credit to those of you who think I'm wrong about everything but still keep reading. I must have been doing something right. Long live Salon.