Last week U2 released their latest album, "Songs of Innocence," for free directly to iTunes accounts 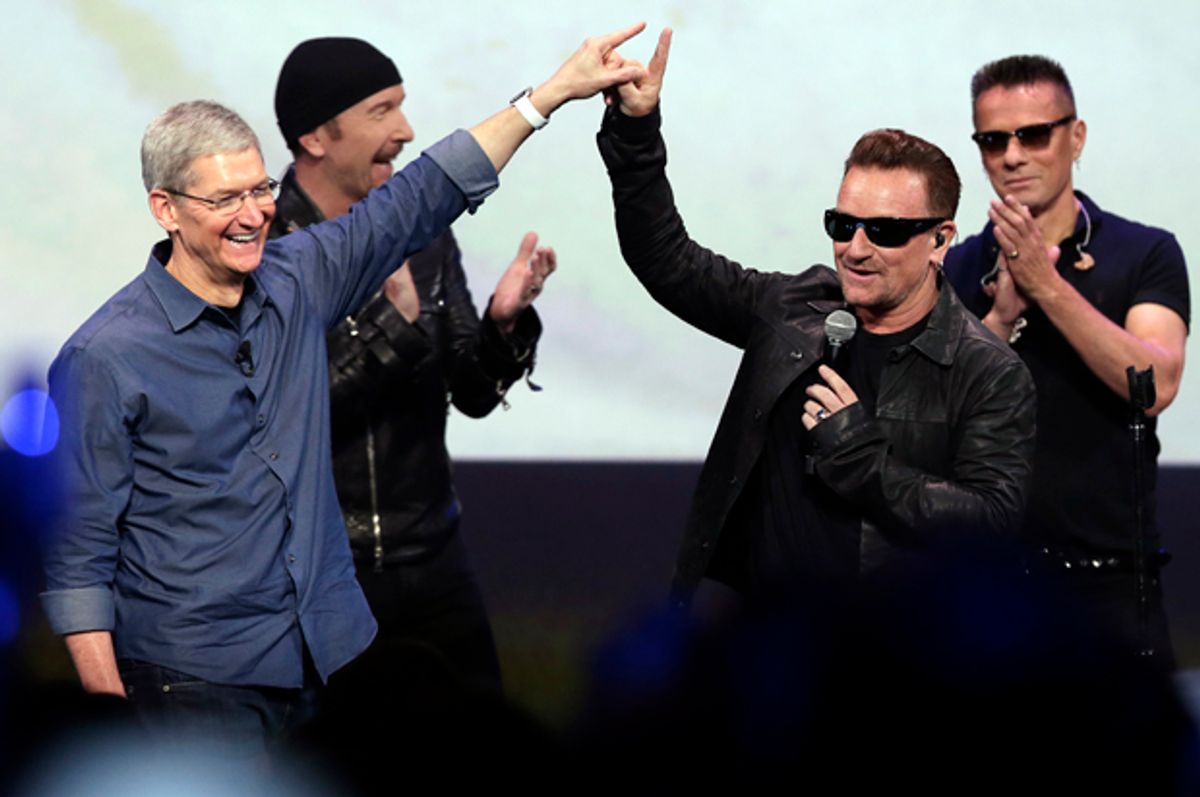 Apple released instructions for how to remove U2's latest album, "Songs of Innocence," from users' iTunes libraries on Monday. An Apple Support post explained how to delete the album, which many had a lot of [negative] feelings about. To remove just follow these steps:

"Once the album has been removed from your account, it will no longer be available for you to redownload as a previous purchase," Apple warned. "If you later decide you want the album, you will need to get it again. The album is free to everyone until October 13, 2014, and will be available for purchase after that date."

Last week, in conjunction with Apple's product launch extravaganza, which introduced the iPhone 6/6 Plus and Apple Watch, Tim Cook and Bono stood together onstage and shared the news that U2 was releasing their new album for free to around 500 million iTunes subscribers.

“I do believe you have over half a billion subscribers to iTunes," Bono stated. "So — could you get this to them?”

“If we gave it away for free,” Cook answered.

The issue is that not all iTunes subscribers want U2's new album. (And they wasted no time tweeting their displeasure.)

The beauty about music -- and the wide variety of it -- is that people can choose what they'd like to listen to, purchase or download.

While the intention -- a "gift," as Bono called it -- fell in line with this era, where many expect content to be free on the Web, this experiment was ultimately flawed.

The expectation that iTunes subscribers would welcome the album in their library (with your choice to download or not), is a bit presumptuous. Not to mention eerie that companies have that much access to their personal music library, and say in distributing content. A more sinister line of reasoning could be drawn: We provide you this service, and therefore we have power to intrude.

If you don't care, though, hey, free music. And if you do care, at least now you can remove it.