"This is gut-wrenching ... it makes you sick" 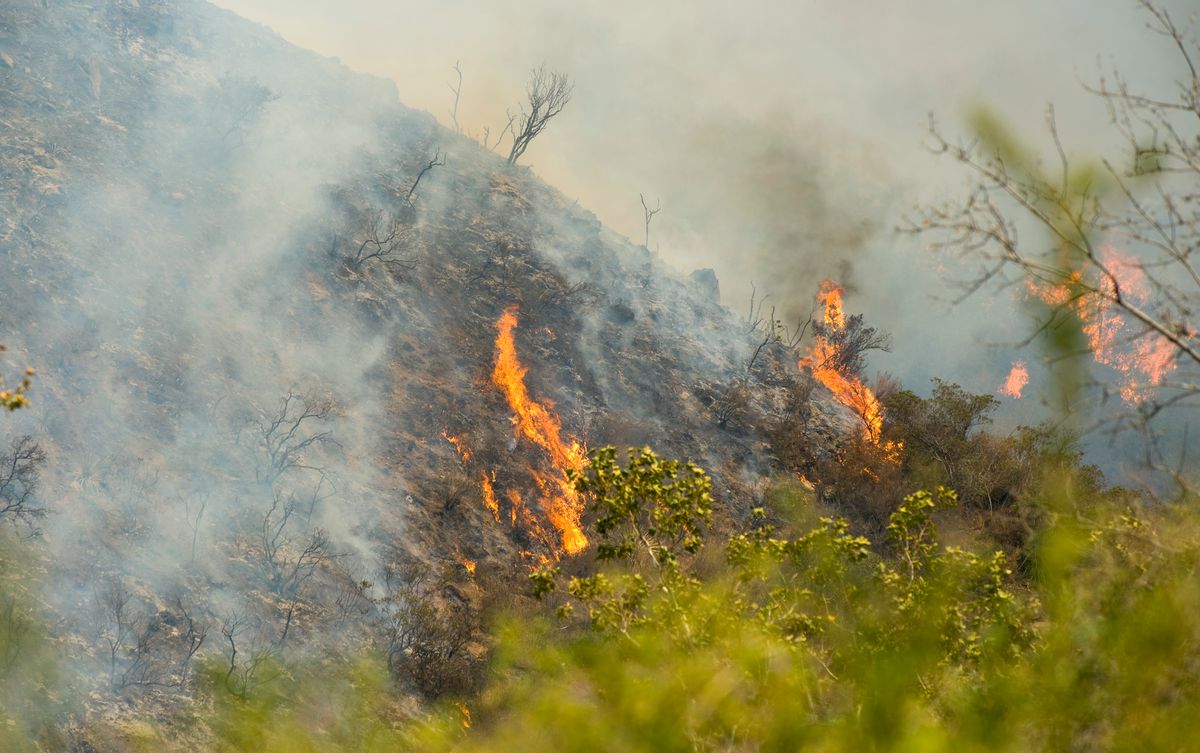 On Sunday,  hundreds of California residents were forced to evacuate their homes as wildfires ravaged the area, seriously damaging or destroying 21 buildings. The fire started around 1:30 p.m. just outside of Oakhurst, a town just south of Yosemite National Park, and, spurred on by powerful winds, quickly burned at least 320 acres.

Jon Cunningham, a 72-year-old Oakhurst resident, abandoned all his belongings as he and his wife escaped the blaze. "My wife and I looked back and saw our backyard was burning," he said in an interview with the Fresno Bee. "So we didn't take much time. She drove one car, I drove the other car and we just left." They lost photo albums, handmade furniture, a 1930s piano.

Cal Fire Battalion Chief Chris Christopherson was horrified by the damage: "This is gut-wrenching," he said. "It makes you sick."

The fire is 20 percent contained, with local and state government officials scrambling to do more. Gov. Jerry Brown has secured a grant from the Federal Emergency Management Agency, which will cover three-quarters of the cost to fight the fire.

Other areas in the state have also been affected by fires. The Associated Press reports:

Further north, a wildfire about 60 miles east of Sacramento forced the evacuation of 133 homes. El-Dorado County Sheriff's officials said residents of another 406 homes were being told to prepare to flee.

[CalFire spokesman Daniel] Berlant said the blaze started in a remote area Saturday, but exploded on Sunday when it reached a canyon full of thick, dry brush. It has blackened 4 square miles, and was 10 percent contained.

The residents were evacuated after the fire broke out Friday. The U.S. Forest Service downgraded the fire's size from 2 ½ square miles to 1 ½ square miles due to better mapping of the blaze.

Six firefighters have suffered minor injuries, many of them heat-related as the region baked under triple-digit temperatures.

Meanwhile, California continues to face one of the most severe droughts in history, resulting in unusually dry conditions.

For a better idea of the destruction, watch the below footage from the Fresno Bee.