One 3-letter word has the White House spooked: Why it's so cagey about saying "war"

The administration is unclear whether we're "at war" with ISIS, and America is unclear on what it wants from "war" 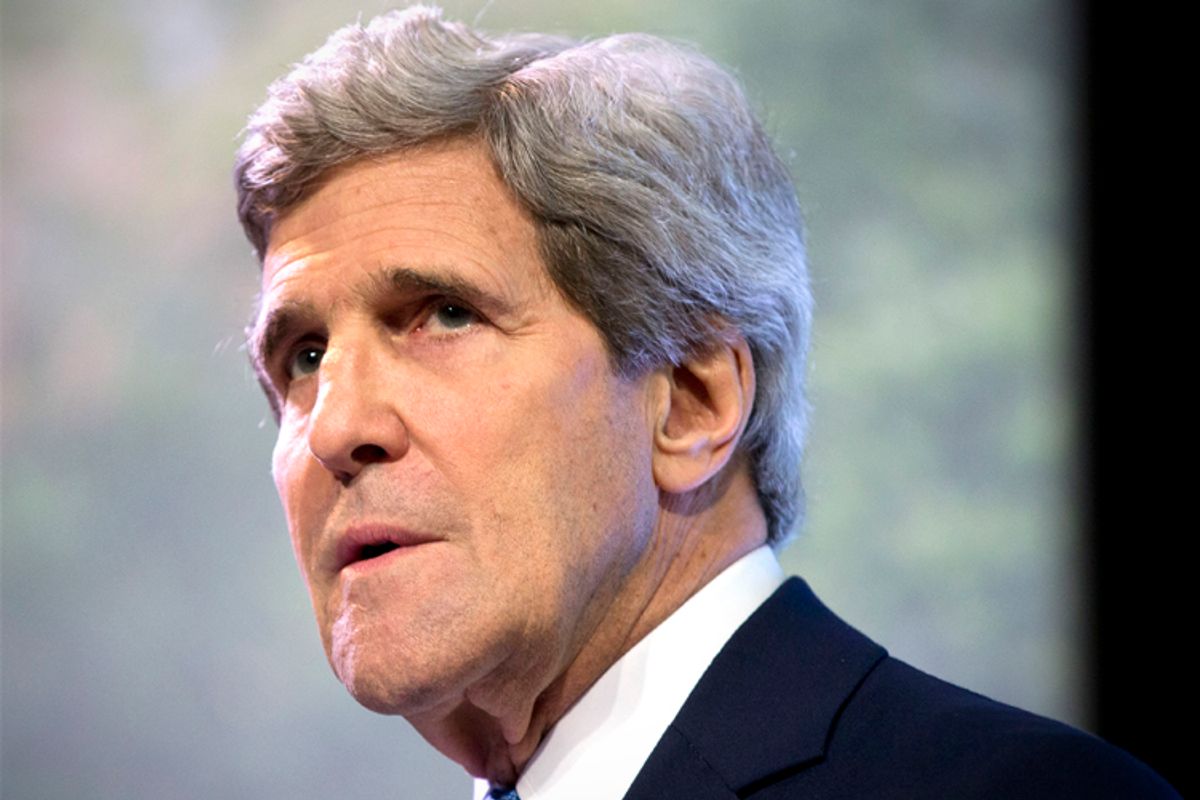 President Obama’s speech last week on how he planned to tackle the Islamic State left a number of people asking whether the United States is now at “war” with the terrorist group. The obvious answer is “yes,” given that it is now our policy to use war planes to drop war bombs on ISIS soldiers, whether they be in Iraq or Syria (where they are fighting in a war). The issue remains unresolved, however, as a political matter given that Congress – the only body actually empowered to declare a state of war – has given every indication that they’re perfectly happy to sit this one out until after the election.

And this, people are asking: Are we in a “war” with the Islamic State? According to the administration: Yes, this is war. Or wait, no … “war” isn’t the right word. Or maybe you can call it “war” but it’s not really a “war”-type war. No, hold on – yeah, it’s a war. Definitely a war. Maybe.

That is the cumulative impact of the various contradictory and at some times nonsensical statements put out by senior administration officials on the issue of whether we’re fighting a war.

From the “not a ‘war’-type war” camp, we have National Security Adviser Susan Rice: “I don't know whether you want to call it a war or a sustained counterterrorism campaign or -- I think, frankly, this is a counterterrorism operation that will take time. It will be sustained. We will not have American combat forces on the ground fighting, as we did in Iraq and Afghanistan, which is what I think the American people think of when they think of a war.”

And from the “yes, this is war” camp, White House press secretary Josh Earnest: “I think what you could conclude from this is the United States is at war with ISIL in the same way we are at war with al-Qaida and its affiliates all around the globe.”

So basically, the message from the administration is that this conflict with ISIS is whatever you want it to be. And the White House has an interest in muddying the waters on the “war” versus “not war” issue.

While watching Obama talk, it occurred to me that it was the sort of speech one would give if one were trying to thread the needle of public opinion on foreign policy, which is difficult (if not impossible) given that the American public tends to be schizophrenic on foreign policy issues, particularly in the post-Iraq War epoch.

NBC’s poll from last week showed that people are broadly terrified of the Islamic State and believe that we should attack them in Iraq and Syria. At the same time, they were divided on what sort of action should be taken: airstrikes only (40 percent) versus airstrikes and combat troops (34 percent). However, polling from earlier this summer (when ISIS was routing the Iraqi army and overrunning major cities) showed that while Americans backed military involvement, they were overwhelmingly concerned that “U.S. intervention in Iraq would lead to a long and costly involvement there.”

The White House is pretty clearly trying to do what it can to appeal to an American public that is pulling it in several different directions at once. Obama promised to defeat and destroy ISIS, but also made clear our military role would be limited. “It will take time to eradicate a cancer like ISIL,” Obama said, “but I want the American people to understand how this effort will be different from the wars in Iraq and Afghanistan.”

America wants to fight terrorism, but we don’t want “boots on the ground.” We believe threats should be confronted, but we aren’t ready to sit around waiting for results. “Americans want the free pony,” Dan Drezner wrote in June. “They want the U.S. to not expend blood and treasure overseas, but they also want the liberal order not to fray.”

The problem is that there is no way to craft a policy that will satisfy these competing demands. Obama’s promise to “destroy” ISIS probably sounds pretty good to the person shaken by videos of American journalists being brutally killed, but the promise is belied by the contours of his strategy, which assumes the cooperation of uncertain and unenthusiastic allies over a long stretch of time. When Josh Earnest said that we’re “at war with ISIL in the same way we are at war with al-Qaida,” it’s easy to see how that could inspire a twinge of us-versus-them nationalistic fervor, but it also serves to remind that we’ve been “at war with al-Qaida” for over 13 years now (if you don’t count the Clinton-era missile strikes).

Of course, that’s assuming we are actually in a “war,” however the White House wants to define it.