Wisconsin's divisive GOP governor, who is in a tight race for reelection, picks an anti-welfare fight with the feds 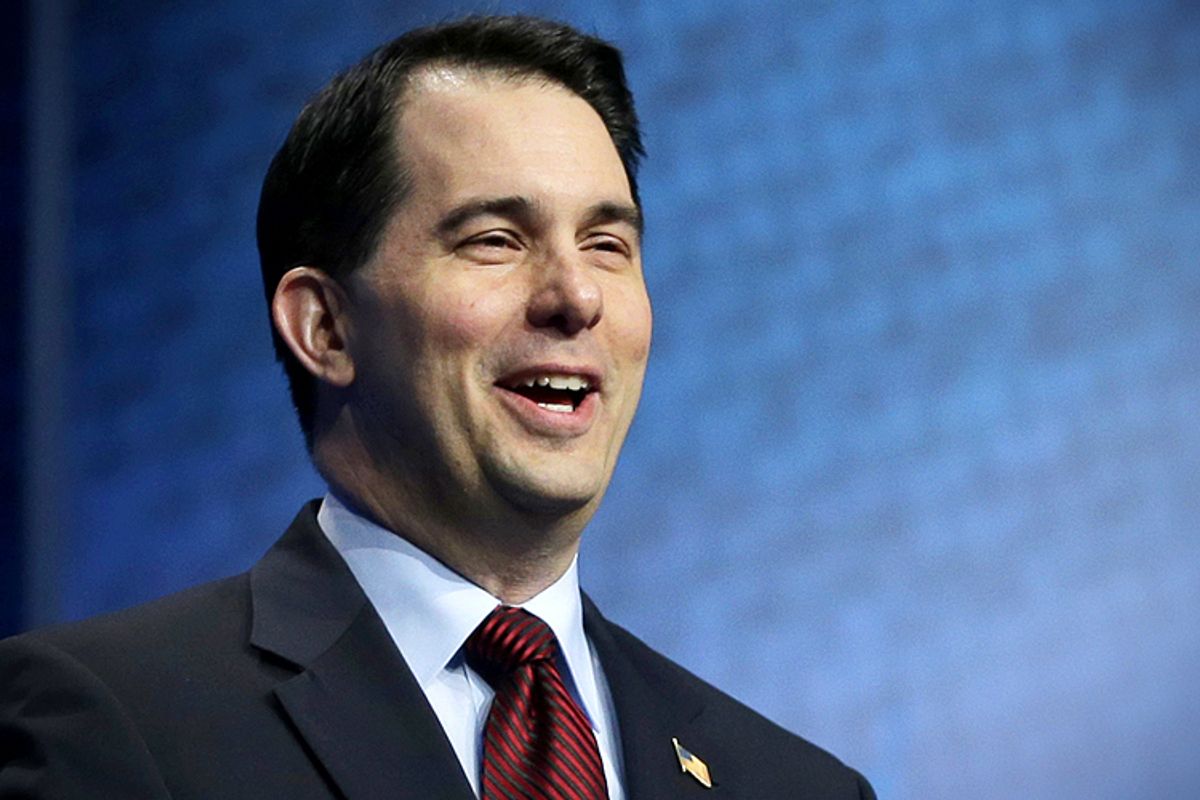 In the midst of a reelection campaign that has been more of a challenge than was his recall victory in 2012 — and which we're sure has nothing to do with any of this, anyway — Wisconsin's superstar GOP governor, Scott Walker, has made it clear that he'd welcome a chance to take on the federal government in court in defense of his policy to drug test recipients of federal aid.

"We believe that there will potentially be a fight with the federal government and in court," Walker told the Wisconsin Journal Sentinel, expressing hope that his proposal to drug test those getting food stamps or unemployment insurance, both of which are provided by the federal government but administered by the states, will be challenged by the Department of Justice.

Despite what many advocates for the poor insist, Walker said, the policy's goal "is not to make it harder to get government assistance; it's to make it easier to get a job."

Walker and the Wisconsin GOP's drug testing idea may be a newly relevant part of Wisconsin's 2014 gubernatorial race, but members of the Republican Party all across the U.S., on both the state and federal levels, have spent much of the time since the Great Recession advocating for policies to make accessing public assistance more difficult.

Recently, Florida's controversial bill to drug test welfare applicants was shot down by a federal judge. Last year, House Republicans tried and failed to mandate food stamp recipients undergo urinalysis. And as recently as June, Georgia Republicans — whose leader, Gov. Nathan Deal is also in a tight reelection race — were also toying with a similar idea.