The big college ranking sham: Why you must ignore U.S. News and World's Report list

Students and parents are making life-changing decisions based on a single list. Here's why it's a waste of time 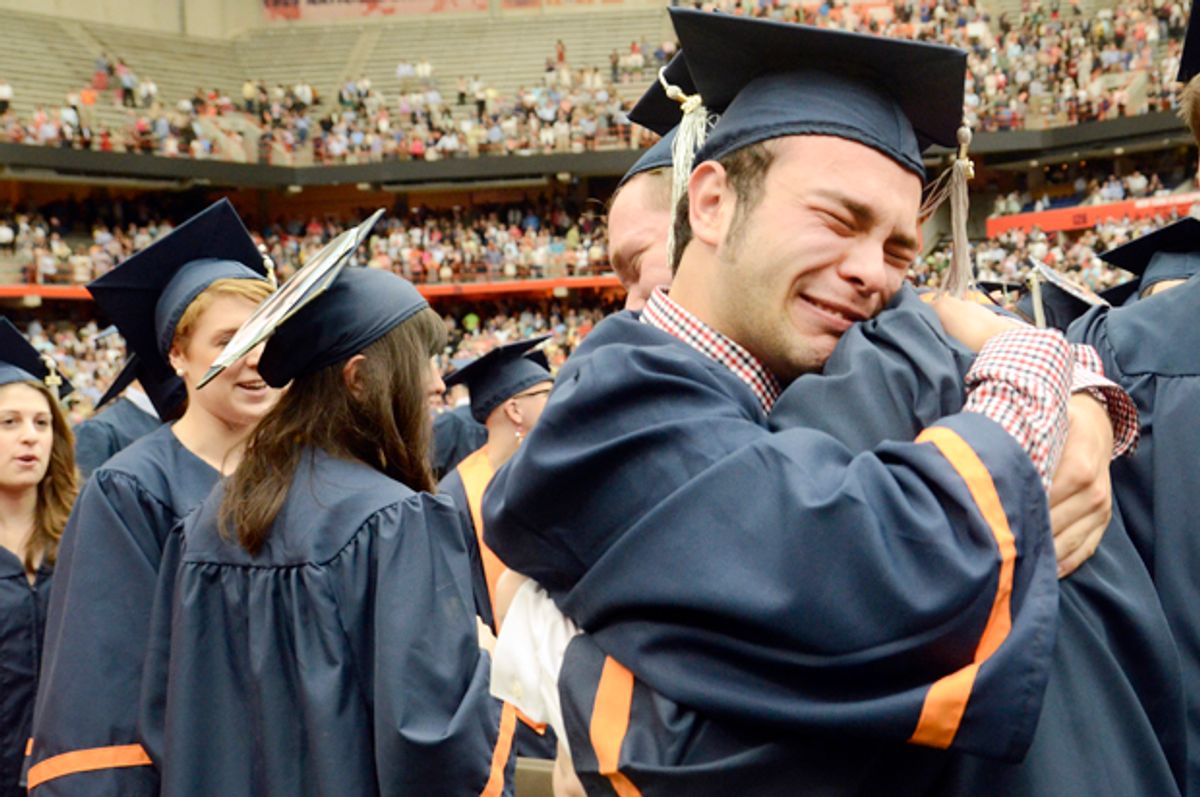 If you are like many young Americans, you have probably seen U.S. News and World Report's newest college rankings, which were released last week. Ignore them.

First, you won't be surprised with the results (hint: It was a toss-up between Harvard, Yale and Princeton for the top spot). Second, these rankings exhibit a callous disregard for college affordability, prioritizing schools that spend more money on flashy amenities rather than scholarships and grants. Third, the magazine glamorizes selectivity, which creates a culture of exclusion that shuns low-income students the hardest.

Over the past 30 years, college tuition increased by roughly 1,120 percent and the gap between high- and low-income kids with access to it has widened - from 31 percent to 45 percent. With college students' biggest worry being their student loan debt, one would think that affordability would factor into U.S. News and World Report's ranking formula. You would be wrong. Not only are they not considered, but often the ranking methods actually encourage higher college spending in other, less needed areas.

Take a look at what Harvard University promotes on the first page of its college admissions brochure: “You can fit a football field in the clean room of the Laboratory for Integrated Science and Engineering.” While a school's resources are important, the fact that Harvard University takes the time to detail the vast expanse of its amenities (70 individual libraries, a 3,000 acre forest research station, 12 teaching museums, a 265-acre arboretum making up just some of them, in case you were wondering) in the first few pages of its brochure shows just how significant they are to a college's image. What brochures don't tell you is that these extensive amenities are covered by the rising college tuition. This is especially true for public universities, where tuition covers nearly half of their revenue.

The dependence on tuition – and the pressure for fancy amenities – comes at the price of lower-income families, as only 14 percent of students at the country's most competitive colleges come from the lower 50 percent of families by income. Despite many top universities' supposed dedication to diversifying, this disturbing percentage has not changed over the past two decades. Not surprisingly, this bias, however, is noted nowhere in U.S. News and World Report's national ranking system, which does not evaluate a college's affordability.
What the report does account for is “student selectivity,” which makes up 12.5 percent of a college's overall ranking. This factor relies heavily (65 percent) on enrollees' SAT and ACT scores (tests already notorious for favoring affluent families and showing no proof of predicting college success) as well as high school standing and the ratio of students admitted to applicants.  In essence, we now have a system where colleges boast openly about excluding the masses -- a perverse marketing strategy to say the least. While higher education was once viewed as the key to social mobility, it is sadly becoming a token of class privilege. This is a stance that the U.S. News and World Report endorses by promoting exclusion as a valuable barometer of a college's worth.

Then there is the most the most influential component of the rankings – "undergraduate academic reputation." This factor is based on academic peer assessment surveys sent to college presidents, provosts and deans of admission, along with high school counselors, to measure what U.S. News and World Report calls the “intangibles” of the college experience. Intangibles can have value. But in the college ranking system, they boil down to one very tangible element: name-branding. Nothing could be less relevant to a student's education while attending college.

So what are the alternative ranking systems? In his State of the Union address, President Obama endorsed a “college scorecard” that would rate colleges based on their debt levels and job placement statistics as opposed to prestige and marketing allure. The Department of Education would ask schools to answer questions such as, “How much debt does the average student leave with?” and “How well do those graduates do in the workforce over various different periods of time?” This is an important first step toward a better culture of rankings, as it will allow students and their families to make a more educated decision on the college or university that is right for their wallets, in addition to the "intangibles."

Matthew Segal is the co-founder of OurTime.org, the nation’s largest nonpartisan organization that advocates on behalf of young Americans.