Students learning about global warming will be taught that things might "even out," among other lies 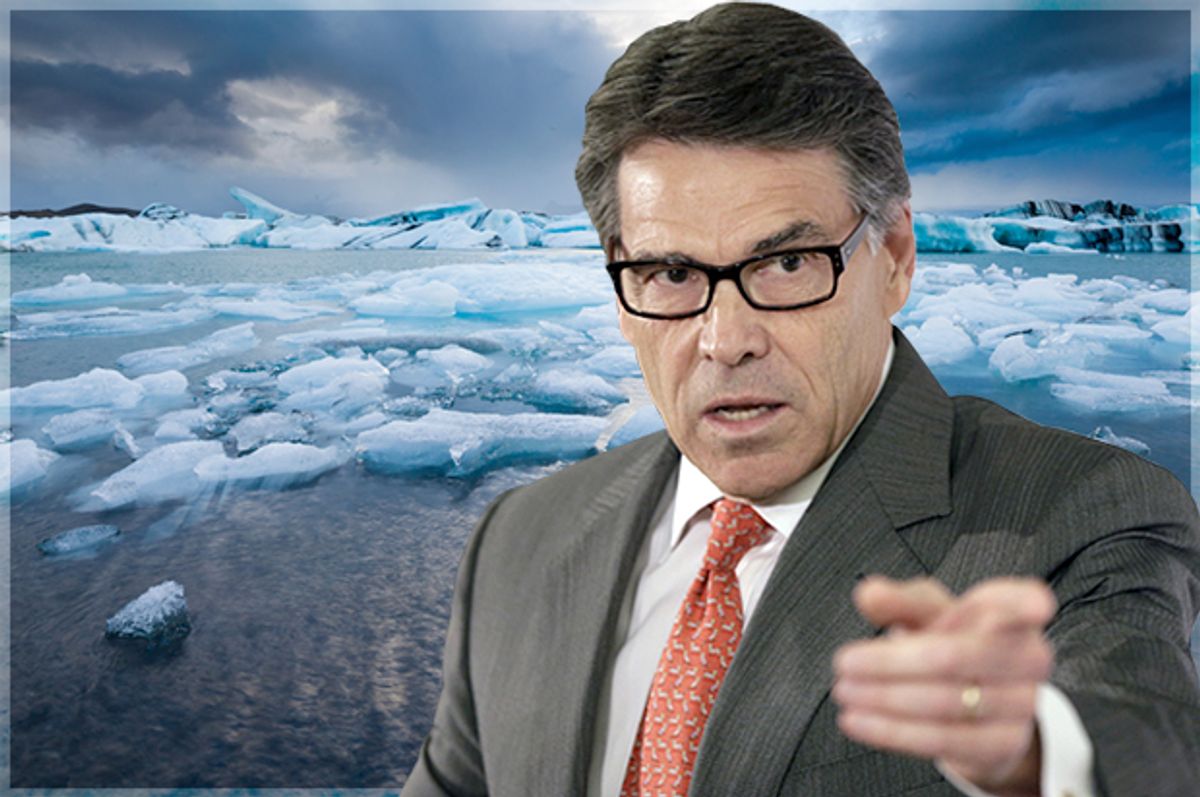 As the world grapples with the planet-size question of how far we can go, and how quickly, to prevent and prepare for the worst effects of climate change, schoolchildren in Texas could soon be debating this question: “Is Global Warming a Result of Human Activity?"

That'd be a fine way to teach students that yes, the scientific community overwhelmingly agrees that global warming is a result of human activity, and then to explain why. But a proposed sixth-grade textbook flagged by National Center for Science Education (NSCE) instead uses the question to introduce an excerpt from the climate-denying Heartland Institute's fact-denying article, “Global Warming: Not a Crisis.”  It reads, in part:

Scientists agree that Earth's climate is changing. They do not agree on what is causing the change. Is it just another natural warming cycle like so many cycles that have occurred in the past? Scientists who support this position cite thousands of years' worth of natural climatic change as evidence. Or is climate change anthropogenic—caused by human activity? Scientists who support this position cite the warming effect of rapidly increasing amounts of greenhouse gases in the atmosphere. Greenhouse gases occur naturally, but they also result from the burning of fossil fuels. Which side's evidence is more convincing?

The exercise, NCSE argues, isn't just giving students inaccurate information; it's also doing a terrible job of teaching them how to evaluate evidence. The Heartland passage goes on to claim that "many scientists" question the conclusions of the U.N.'s Intergovernmental Panel on Climate Change (IPCC) that warming is "very likely due to the observed increase in anthropogenic greenhouse gas concentrations," without, apparently, explaining that a) that isn't true and b) an international panel of the world's leading climate experts isn't exactly comparable to a group that not only lacks resources like "hundreds of scientific experts and reviewers, as well as thousands of peer-reviewed articles," but also deliberately spreads misinformation meant to sow dissent and confusion about the IPCC's expert conclusions.

We've reached the point where teaching students that "scientists disagree about what is causing climate change" (from a sixth grade social studies book) isn't just creating a false balance, it's imparting a bald-faced lie. Other really bad information called out in NCSE's report includes several scientifically inaccurate passages, including one that "appears to be rooted in a misunderstanding of what the problem with the ozone hole is and how the sun's radiation interacts with the Earth system," along with this gem, for K-5 students:

Some scientists say it is natural for the Earth's temperature to be higher for a few years. They predict we'll have some cooler years and things will even out.

Just to be clear, the NCSE reviewers assert that “we are not aware of any currently publishing climatologists who are predicting a cooling trend where ‘things will even out.’”

"If these textbooks are approved with biased information, it will be bad news for Texas schoolchildren, who will have to confront climate change throughout their lives and deserve to know what they're up against," warns an online petition being circulated by the Texas Freedom Network, which commissioned the NCSE report. Scarier still, it adds, there's no guarantee the lies will stay in Texas. The state, by virtue of having one of the country's largest public school systems, has an unusual amount of sway over textbook publishers, so that anything that gets approved there has a good chance of making it into classrooms in the rest of the country.