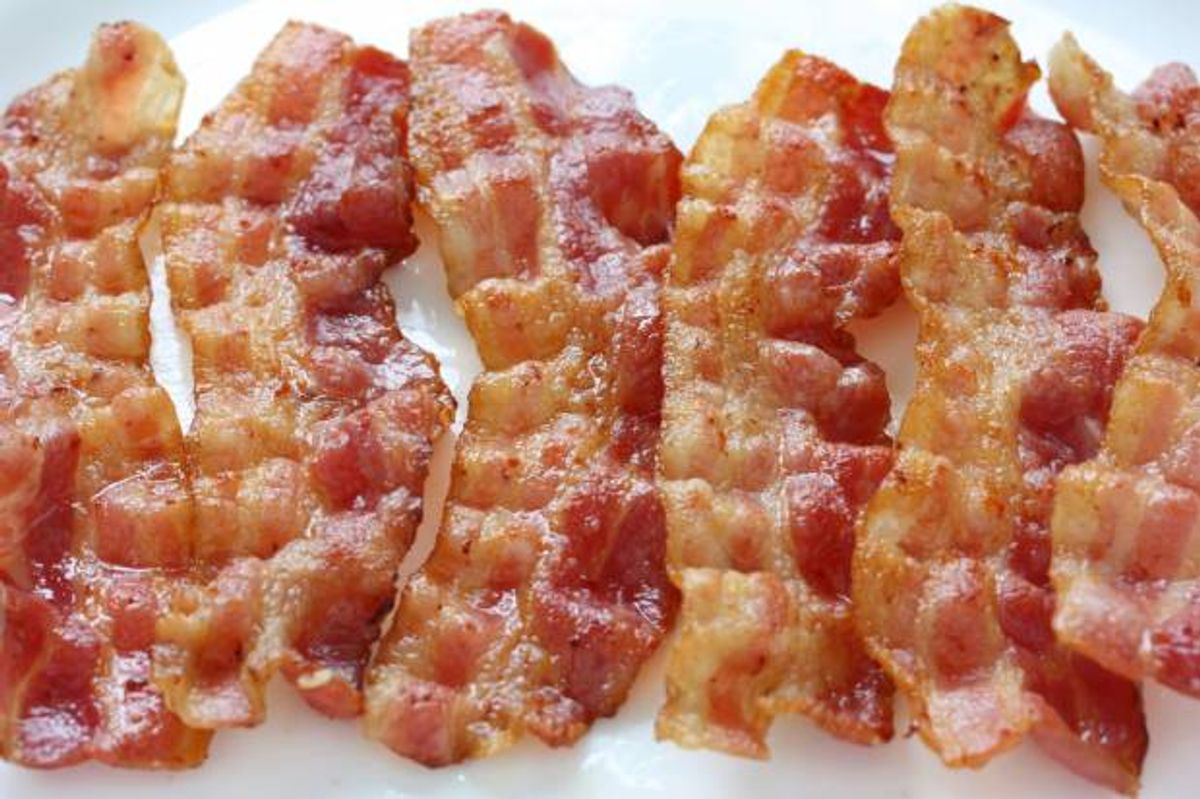 Bryan Fischer, the Director of Issue Analysis for Government and Public Policy at the American Family Association, hosts a daily radio show called "Focal Point," described on its website as the "home of muscular Christianity," which sounds very tough.

On Monday's show, Fischer presented indisputable proof that the United States is a Christian nation:

"Do you want one single item of proof that America is a Christian nation? And not a Jewish nation? And not an Islamic nation? One single bit of proof is all you need. We freely allow restaurants and grocery stores to sell and to serve bacon. That can only happen in a Christian country. You can't do that in Israel. I've been to Israel. You go into the hotel to eat dinner; you go into a restaurant... you can't get bacon there! You're not gonna get it! Because it is a Jewish country. You go to a Muslim country, you are not going to get pork; you're not going to get bacon; you're not going to get a ham sandwich anywhere. Why? Because it is a Muslim land. The sheer fact that we clearly allow the consumption of bacon is absolute proof that we are in fact a Christian nation."

Other than, like, my wanting to be included in what constitutes the United States, that argument has me sold!