"Gotham" is the Batman retelling we didn't need 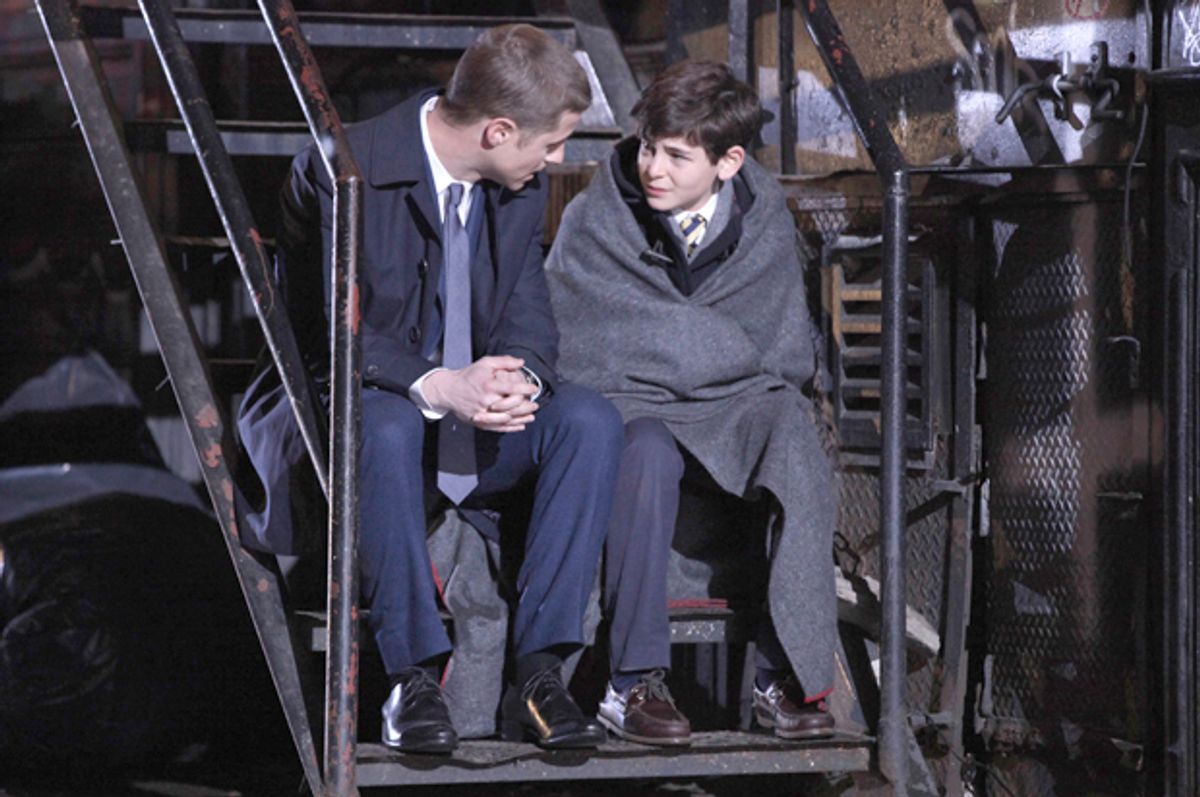 This past summer, "The Amazing Spider-Man 2," starring Andrew Garfield (the fifth "Spider-Man" movie overall), kicked off a slow box office summer by dramatically underperforming. Though it still made plenty of money, its roughly $203 million take stateside fell far short of what anyone had come to expect from a movie with "Spider" and "Man" in its title. And yet, could anyone be too surprised? The story of Peter Parker had been told from beginning to satisfying-enough ending in a trilogy that ended in 2007. Not nearly enough time had passed to merit going through the cycle again. Isn't there some new story to tell?

The story of Batman is more suited to reimagining -- it's been everything from campy to deadly serious -- but it's every bit as overexposed. Fox's new series "Gotham," premiering Sept. 22, comes between the Christopher Nolan "Dark Knight" trilogy, which concluded in 2012, and the forthcoming "Batman v Superman," planned for 2016; it proves how little new there is to say about the venerable superhero. The show is competently made, but who craved another new story about Batman?

The events depicted in "Gotham" take place before Bruce Wayne's adulthood, as the future Gotham City police commissioner, Jim Gordon, spends his days as a young cop investigating the murder of Wayne's wealthy industrialist parents and its possible ties to a criminal network that includes a young Penguin. But pondering how Gordon will combat the criminals of Gotham is a bit like watching a TV series about shipbuilders constructing the Titanic. We already know how this story ends, with Gordon enlisting the adult Wayne and all the villains losing. Everything in between is either debates between the Gotham P.D. and the major crimes unit (about which no one could possibly care) or a Batman origin story, something so programmatic that it hardly needs to be retold again.

In the first episode, there are plenty of nods to the supervillains of the Batman movies -- a young girl named Ivy tending to her plants, a comedian with a sinister grin -- but they add up to nothing meaningful. Simply acknowledging that there's a Batman universe isn't really enough to drive a show. "Gotham" does the very best it can with a fundamentally flawed premise -- that there's more to say, right now, about Batman, and it should be said in the same grave, pointlessly "deep" manner as the Nolan movies, with their endless discursiveness about the Need to Protect the People. If you think the pilot could be complete without a debate over whether deceiving the public for their own good is ethical, you don't know Batman!

In an ideal world, "Gotham" would either exist 10 or more years after everybody stopped caring about the source material -- like MTV's "Teen Wolf" or the CW's "Arrow" -- or would be meaningfully different enough from "The Dark Knight" to make it a real risk. "Gotham" is dopishly serious, introducing familiar characters with great portentousness (look at this little girl ominously feeding her cat!) and engaging in moral debates that feel connected to nothing. Occasionally, though, it indulges a strange thought, particularly in Jada Pinkett Smith's performance as a crime boss who works out of a burlesque-style strip club and spits out every line with what looks like a child's imitation of malice. Her performance is a mess -- and "Gotham" needs more of her energy.

After all, something that gets lost in endless retellings, each darker than the last, is that this is a story that presumes all the world's ills are orchestrated by evil forces. As a story intended to make statements about the way of the world, it's so simplistic as to be a failure. If "Gotham" is allowed to become something campy, strange and eccentric, rather than checking narrative boxes and posing moral conundrums, it might do something more impressive than elucidating the nature of good and evil -- it might be entertaining.