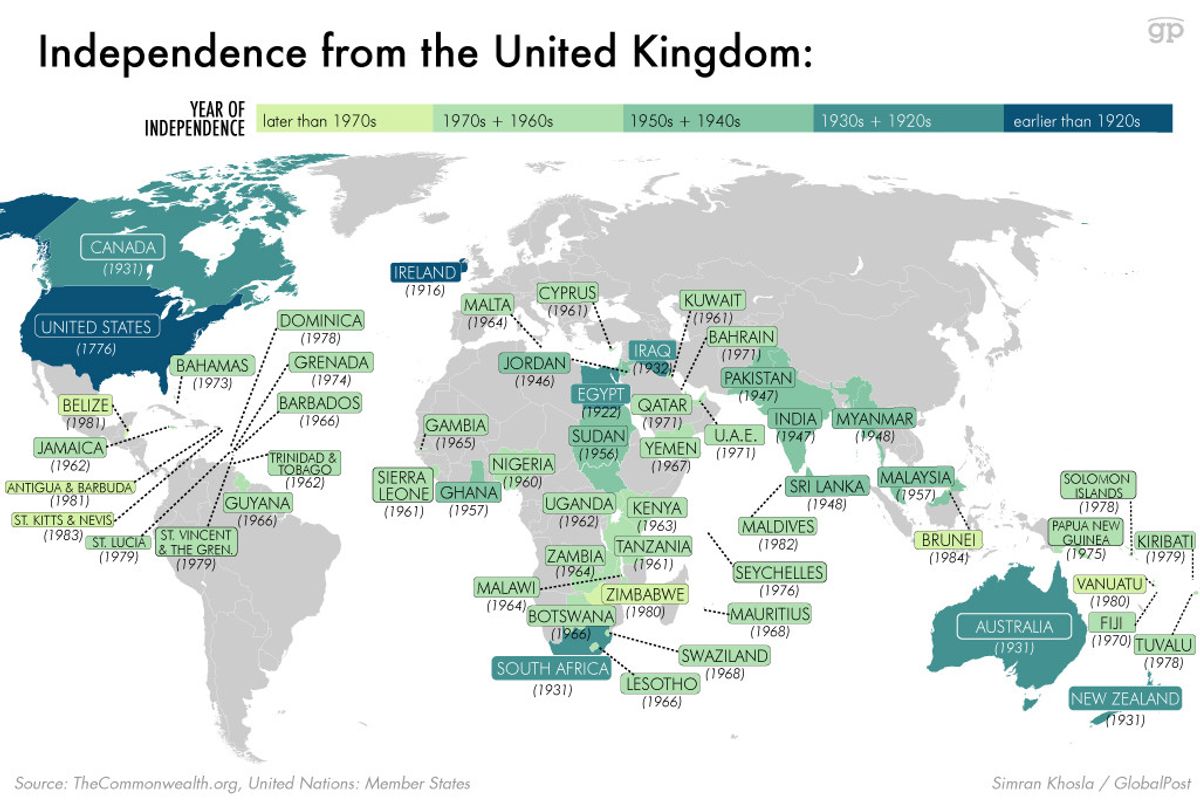 Scots will head to the polls on Thursday to vote on a referendum that could make Scotland an independent nation, making the 307-year-old United Kingdom not so united anymore.

There's been a scramble to convince the country's 4.2 million registered voters to vote "no," after a major poll last week showed that the results might be in favor of independence. Just today, British Prime Minister David Cameron gave an impassioned speech, in a bid to keep the United Kingdom together. It went a little something like this:

The pros and cons of independence were summed up brilliantly by British comedian John Oliver on his show, Last Week Tonight. He ultimately ended the segment with a plea to Scots to vote "no":

If Scotland does becomes independent this week, it will join a long list of nations that have freed themselves from the Empire's chokehold. The map below shows you all the countries that used to be part of the British Empire, and the date their independence was recognized by the UK: