Los Angeles schools will relinquish grenade launchers ... but not rifles or armored vehicles 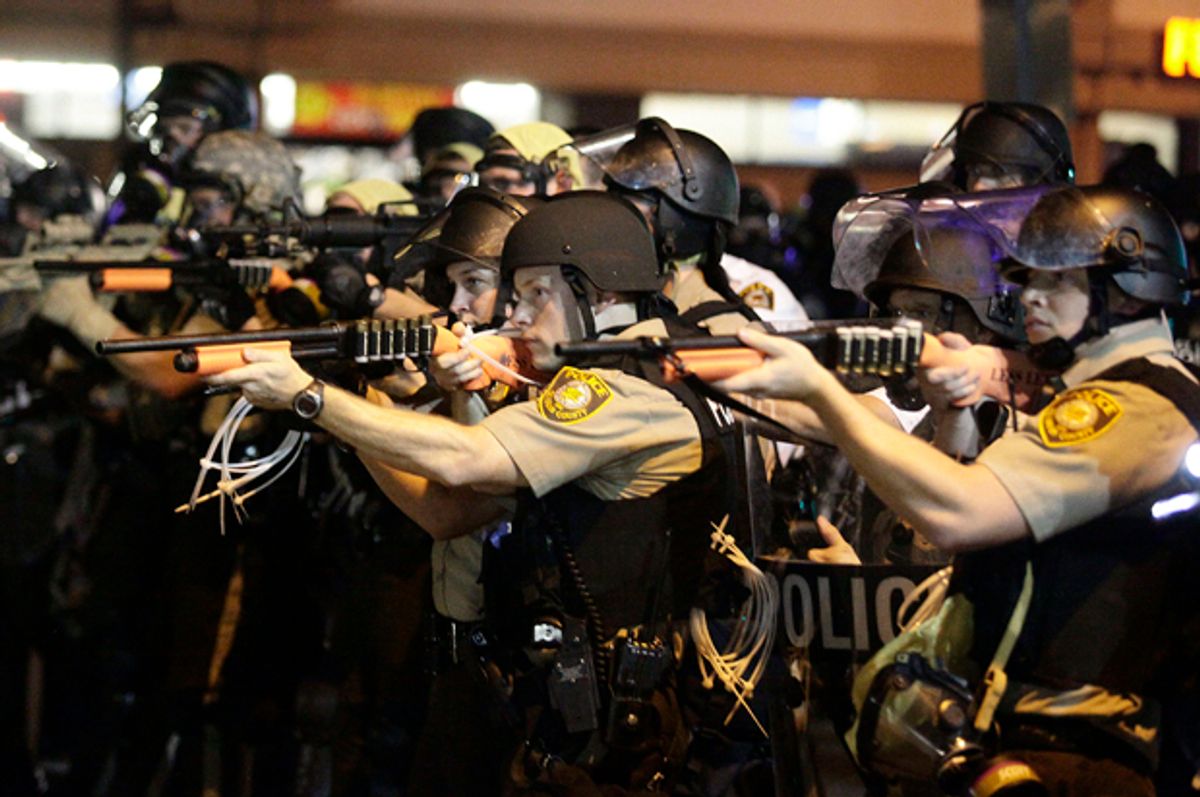 The Los Angeles Unified school police announced on Tuesday their intention to give up military-grade weaponry obtained through the 1033 federal program that gives civilian police departments surplus military equipment. The school police said it intended to relinquish three grenade launchers, but notably will keep 61 rifles and one Mine Resistant Ambush Protected (MRAP) armored vehicle.

L.A. Unified is one of at least 22 school systems in eight states that participate in the program... More than $5 billion in surplus military equipment has been distributed to law enforcement agencies nationwide, including school police, since 1997.

School police departments have increased their presence and force in recent years, particularly after the 2012 massacre in Newtown, Conn., in which a gunman killed 26 people -- 20 of them children -- at Sandy Hook Elementary School...

L.A. Unified says that the M-16 automatic rifles, which were modified to semiautomatic since they were acquired in 2001 are "essential life-saving items" and will continue to be available to trained officers. The armored vehicle will be used only under extraordinary circumstances, officials said.

According to the Washington Post, at least 120 school-affiliated law enforcement agencies have received some gear from the program, including at least five grenade launchers, eight MRAP vehicles and hundreds of rifles. In a letter addressed to Attorney General Eric Holder, Defense Secretary Chuck Hagel and Education Secretary Arne Duncan, the NAACP Legal Defense Fund and over 20 other groups called for the end of the 1033 in America's schools.

"This isn't just about the weapons, it's also about inserting these weapons in school climates that are already fraught with tension and hostility between students of color and school police," said Janel A. George, education policy counsel with the NAACP Legal Defense and Educational Fund. "It's about inserting that and exacerbating those tensions."

President Barack Obama recently called for a review of the program after protesters in Ferguson, Missouri, were met with an excessively militarized police.