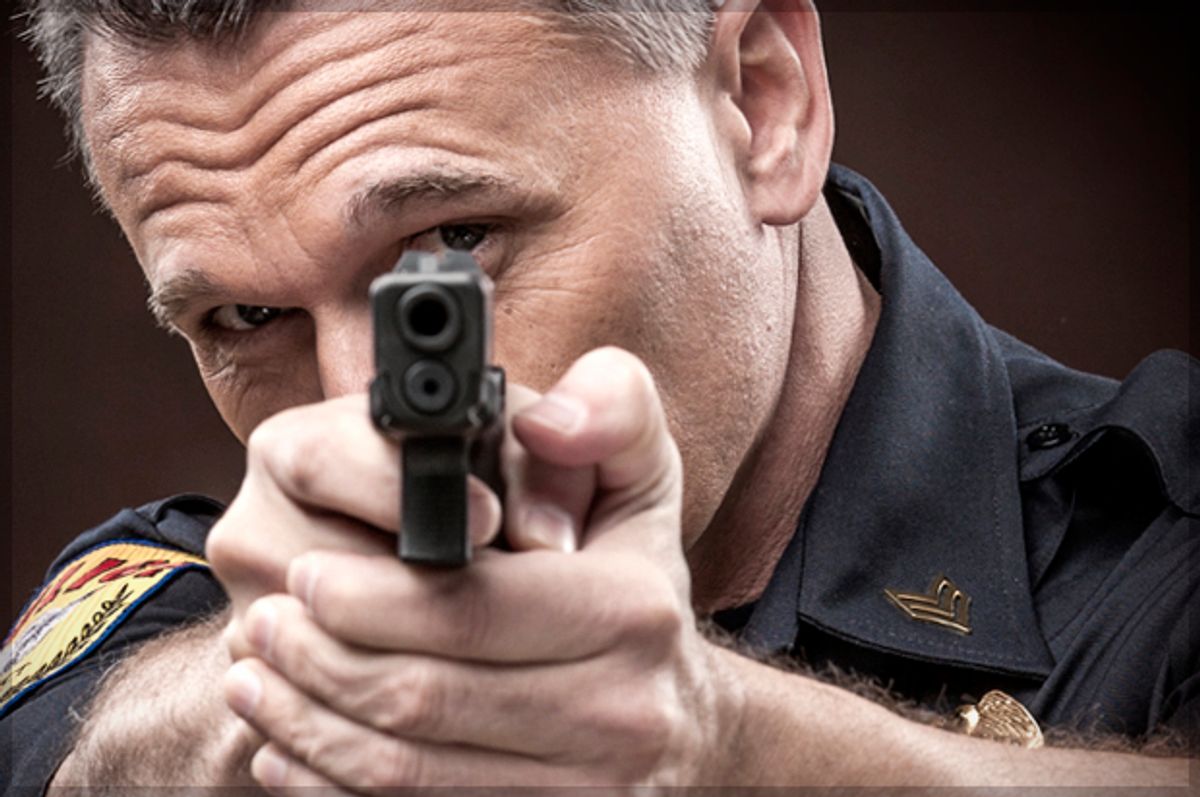 For the first time in a long while, the mainstream of American society is thinking and talking about the use of lethal force by officers of the law — even if the nation lacks a reliable database through which it could analyze the problem. Most of the focus has been on the behavior of law enforcement officers in Missouri and New York City; a new report makes a compelling and chilling case that the severity of the issue in the greater Los Angeles area is greater than we think.

Produced by the Los Angeles Youth Justice Coalition (YJC), an activist organization that focuses on how often and why police decide to use lethal force, the study, titled "Don't Shoot to Kill," claims that since the year 2000 alone, 589 people were killed by law enforcement in Los Angeles County. Since just 2007, the number killed has been 315. Overall, that's about one death per week, YJC says, with the rate of homicidal force increasing during periods that saw an overall decrease in homicide crime.

Moreover, the report finds that those being killed by L.A. County law enforcement are overwhelmingly young, non-white men. Of the more than 300 people killed from 2007 to 2014, YJC alleges, 97 percent were male, 82 percent were black or Latino and more than 50 percent were younger than 30.

While the report takes into consideration all 57 law enforcement agencies operating in the county, it finds that when it comes to killing, not all organizations are equal. "We do know that, by far, the highest numbers [of police killings] are [committed by] county sheriffs and LAPD, with Long Beach and Inglewood leading among smaller cities," Kim McGill, an organizer with YJC, told the Huffington Post. By contrast, "many departments had no killings," McGill said.

The "Don't Shoot to Kill" report arrives at a tense moment for Los Angeles. In August, LAPD officers shot and killed an unarmed black man named Ezell Ford. The names of the officers have since been made public, but the LAPD has placed Ford's autopsy report under "investigative hold."

A little more than a week before Ford's killing, another man, Omar Abrego, was allegedly beaten to death by LAPD officers. The deaths of both Ford and Abrego have inspired multiple protests, and the community remains distraught by unanswered questions at the center of each case.

The YJC report offers a number of detailed recommendations to help reduce police and community violence. It calls on U.S. Attorney General Eric Holder to launch a civil rights investigation into officer-involved shootings and the use of force countywide. It also calls for demilitarizing the police through the elimination of surplus military equipment, as well as the end of stop-and-frisk searches, gang databases and gang injunctions.

"We know personally that police violence isn’t only the bullets that pierce our dome, but the police baton that breaks our bones, and the battering ram that breaks our homes," the YJC report concludes, quoting from a statement authored by the group that was originally read at Ford's burial in August.