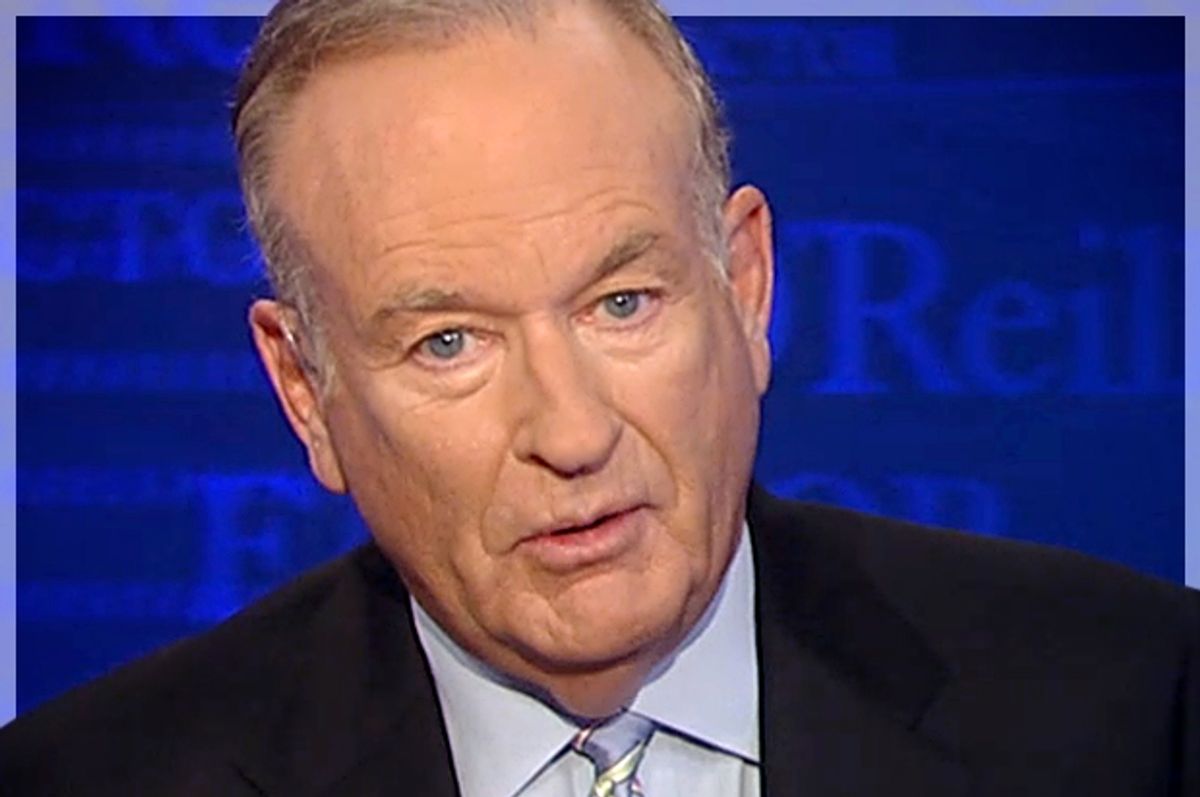 O'Reilly's guest, Fox co-host Martha MacCallum, presented a poll that found that the majority of Americans believe that spanking children is OK, though MacCallum did well to point out that child abuse and spanking are very different things in terms of public opinion. Even so, she continues, spanking doesn't work:  "You end up producing a child who treats their child the same way," she says.

The entire segment, O'Reilly tries to get MacCallum to admit that sometimes, just a little bit of smacking is a good thing, at the very least just to get the kid's attention.

"By hitting them?" MacCallum responds.

"No, I didn't say that. I am not going to condemn Americans tonight who have spanked their children gently or lightly. I'm not going to do that here on 'The Factor.' I don't think that's right, because each child is different. And if you're trying to protect your child from something, and you give them a little whack when they're younger and they remember that whack because it startles them, that might accomplish it."