The Air Force finally dumps its "under God" requirement

A sane reversal after a wrongheaded religious controversy 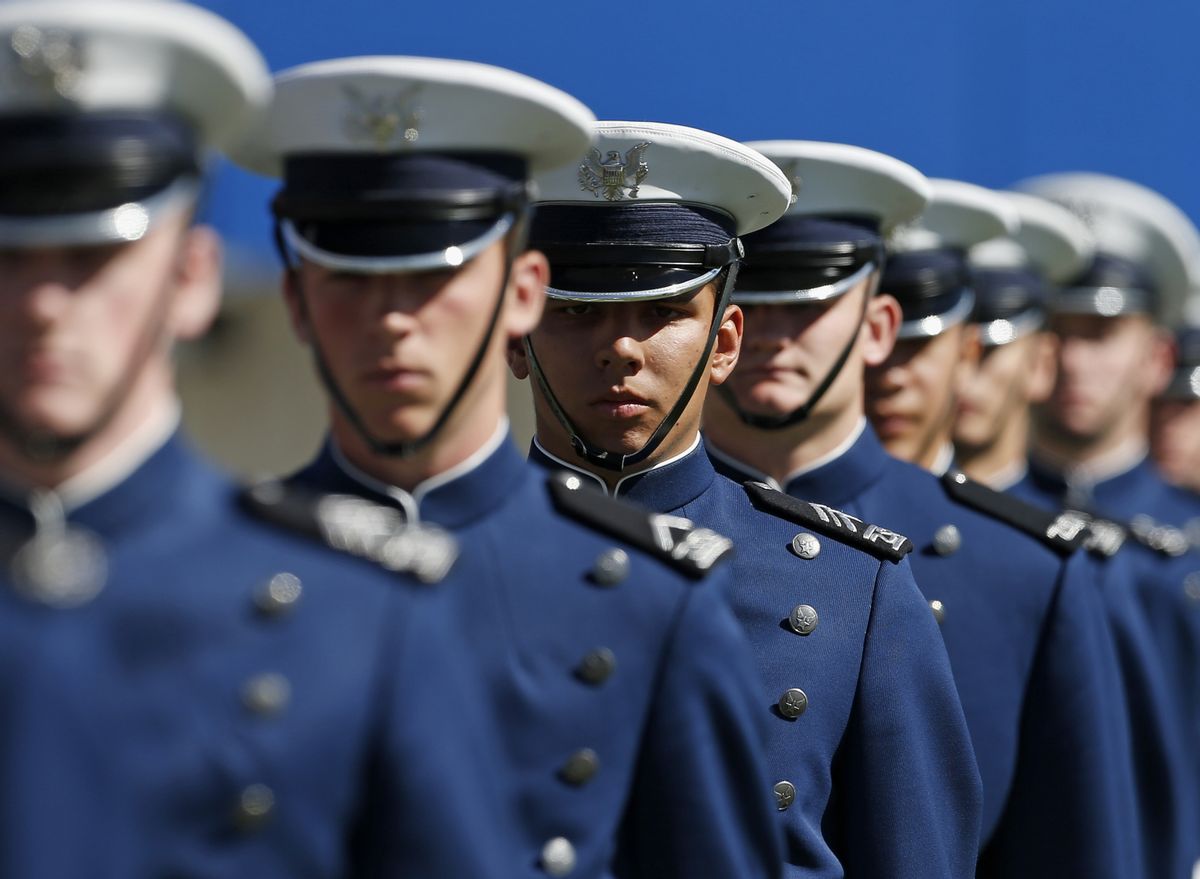 It's official – again -- you can serve your country without serving God.

It's an abrupt and welcome turnaround. This month, the Air Force found itself with egg on its collective face after it was revealed that an atheist sergeant at Creech Air Force Base in Nevada was told he could not reenlist unless he agreed to include the phrase "so help me God" in his military oath. He was informed of the decision after he'd crossed the words out on his contract.  Amazingly, as Raw Story noted earlier in September, the God requirement was a recent innovation – the Air Force changed its previously optional policy to compel oath takers to include God only last October. Other branches of the military traditionally leave it to the oath taker's choice. Air Force spokeswoman Rose Richeson told Air Force Times two weeks ago that "Reciting 'So help me God' in the reenlistment and commissioning oaths is a statutory requirement." And as American Humanist Association attorney Monica Miller noted at the time, "This is the only branch to my knowledge that’s actually requiring everyone in all instances to use the religious language."

The idea that God has to be a mandatory part of the American experience is a fairly new one. The Pledge of Allegiance – which has faced similar recent challenges from atheists  -- didn't even originally include the phrase "under God" until the 1950s. And despite the pushback from religious groups insistent upon imposing their version of God into our secular state, we've been making strides lately toward a more encompassing America for everybody. Five years ago, Barack Obama included the "non-believers" demographic in his inauguration speech. Last year, Barney Frank cheerfully answered to the description of "pot-smoking atheist" and said he'd been disappointed that he'd missed the experience of having "my husband, Jim, hold the Constitution, not the Bible, and affirm, not swear, that I was going to be a wonderful senator." Politicians like Tammy Baldwin and Mark Pocan have similarly declared themselves undeclared, without detriment to their careers.

It's highly unlikely that the unnamed airman in Nevada is the only atheist dwelling in the Air Force ranks. But he was honest enough to take a stand and refuse to take a vow involving something he doesn't believe in -- displaying bravery and integrity and proving yet again that those are qualities that no single group has a monopoly on. And as a result, he shed a light on a standard for acceptance that rightly deserved to be abolished, and prompted a new review of the policy. It worked. Fortunately, on Wednesday the Air Force announced, "We take any instance in which Airmen report concerns regarding religious freedom seriously" and said that the requirement had been withdrawn, effective immediately. It added, "Now that the Department of Defense General Counsel has provided an opinion, the Airman's enlistment paperwork will be processed to completion."