Tinder for cuddling: This app will find you a random stranger to spoon

In a totally nonsexual way, they swear! Salon spoke to Cuddlr's creator about the pleasures of platonic embraces 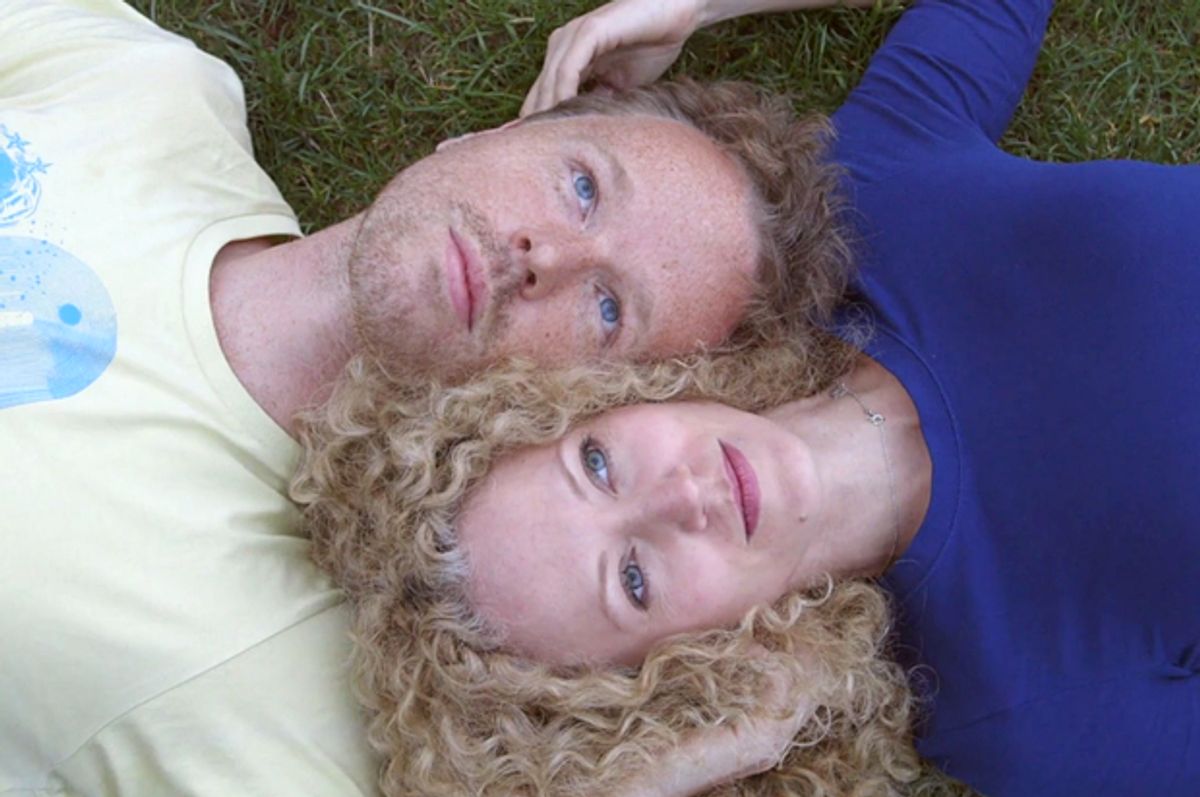 All of that is to say, I might be the very last person on the face of this planet who should review an app that is essentially the Tinder of cuddling. So instead of reviewing Cuddlr, which launches in the iTunes store on Thursday, I've decided to interview the founder to try to make sense of snuggle matchmaking. But first, here's how it works: You log on, link up with your Facebook profile and start browsing for nearby cuddle partners. If someone looks especially smush-able, you send them a cuddle invite and they have 15 minutes to accept it. If all goes well, the app then leads you to each other for a body-pressing sesh in public or private, wherever you want. Afterward, you evaluate the cuddle, which allows users to warn each other off bad cuddlers, a category that could quite plausibly include anything from someone with bad personal hygiene to someone with roving hands.

Did I mention that Cuddlr is so committed to this platonic ideal that it omits users' age and gender? This is some next-level, über-enlightened -- perhaps blindly optimistic -- stuff. But again, highly selective snuggler over here! Plenty of people crave nonsexual touch from strangers and friends alike, as evidenced by the fact that cuddle parties are a thing and have been for a long while now. I certainly don't want to "yuck" anyone's "yum" -- or soundless, totally-not-sexual enjoyment, as it were. You be your own judge of whether our society is ready to embrace nonsexual but intimate touch with strangers.

I spoke with founder Charlie Williams about spooning styles, snuggle creepers and why cuddling is more intimate, but requires less commitment, than a first date.

How much information will you learn about a person from their profile? Are they dense Match.com-like profiles, just photos or somewhere in-between?

The profiles are very streamlined as a matter of design. Traditional dating sites like Match.com want you to spend a lot of time on the site, and so there’s tons of information: lots of photos, questions, essays. What we tried to do with Cuddlr is take away as much of that as possible. You’re not dating, you’re cuddling, so the goal is to remove unnecessary information so that you can decide “do I want to cuddle this person?” and then, if so, meet them in person.

The set of people you’d be interested in dating is probably much more specific than the set of people you’d consider cuddling. Straight people might not go on a date with someone of the same gender, but may consider cuddling them. So there’s no gender indication. OkCupid did a study showing that straight men spend a disproportionate amount of time contacting the youngest women on the site, that’s one of the reasons why there’s no age indication -- the app is rated 17-plus on the App Store, though. So the key pieces of information are: first name, one photo and the number of positive and negative cuddles you’ve had so far.

Some people have asked about including “preferred cuddling styles,” like whether someone prefers to be the big spoon or little spoon, or whether they prefer, say, sitting up. At the moment we’ve decided to keep all of that in the in-person part of the cuddle, to get the conversation started and encourage people to think about and verbalize what will make the cuddle best for them.

Why did you decide to start the app?

The app idea came from our designer, Jeff Kulak. We talked about it initially as a joke, the name being a play on the common “-r” trope for apps. But then we both quickly decided that there’s a real need for this, that we’d both actually use that app if it existed, and that it was technically feasible for us to make it happen. I sketched out some screen flow ideas and shared an early demo with Jeff. He gave it the design look that you see, and then it was all about fit and finish, and making sure people could go from downloading the app to finding people to actually cuddling with them as seamlessly as possible.

Do adults really want to cuddle with strangers?

I think we do. Not all strangers, of course. But, as I talk about in my Medium piece, we don’t get enough touch in our daily lives. And there’s a lot of space between the portion of people it might be nice to have a casual, PG-rated cuddle with and the smaller set you’d want to date or sleep with. I think as a culture we’re ready to consider cuddling as more than just something that happens before or after sex, but as something worth pursuing in its own right.

Do you expect people to leave it at cuddling?

Cuddling takes communication, respect for boundaries, and self-control. Some people will, of course, want to do more than cuddle. What we state in the app’s “Rules of the Road” is that you wait until the end of the cuddle, ask nicely, and be prepared to take either “yes” or “no” as an answer. Keep your cuddle a cuddle, don’t try to “change gears” midway through. And certainly don’t use this app to pick people up. Sex is a great thing too, but there are other apps for that. Use those ones if that’s what you’re looking for. Use Cuddlr when you want to hold and be held, to feel like all is right with the world, and to have a simple connection without expectation.

Will most of your customers be using cuddling as a dating litmus test -- in other words, will it be a way to vet potential dates or is it just cuddling for cuddling's sake?

There will be some of both, I’d expect. Some people interested in dating will welcome the simplicity it offers: meet for a short time in a public place and experience the other person, without weeks or months of trading messages first. A cuddle is longer than a hug, but shorter than a date, so you’re not faced with having to sit through a drink or two if you’ve decided someone isn’t for you: you can politely end a cuddle any time. People uninterested in dating, whether because they’re already in a relationship, or not pursuing a relationship, will enjoy having a way to experience a connection with someone without any pressure to dress up, find an activity, exchange numbers or even see each other again.

What's the cuddling protocol? Does it start immediately? Do you chat first? What if you realize that in-person you're a little creeped out by your would-be cuddle partner?

For a first-time cuddle you’ll probably want to start by saying hello, introducing yourselves and having a little talk about what you’d like from the cuddle: length, location, sitting or lying down, and so on. It’s possible that you’ll discover a mismatch here -- both people only want to be the little spoon, say -- in which case you can compromise or call off the cuddle. Nearly all the time, though, I’d hope people can find some form of contact that will work for both of them. If you meet the person and anything feels uncomfortable or “off,” we of course don’t recommend you continue with the cuddle. It’s OK to politely decline if you feel in any way unsafe or creeped out, although if it’s something the other person might be unaware of you may find a diplomatic way to let them know without hurting their feelings.

Would you say a cuddle meet-up is more or less intimate than a typical first date?

It’s going to depend on the people involved, of course, but I’d say it’s likely to be more intimate, but less involved: On a first date, you’re trying to decide if you want a second date. So you talk a lot about who you both are, what makes you tick, and possibly check each other out physically as well. Cuddling is almost the opposite: You exist in the same space physically and share touch, but there’s no further goal. If you like it, you can cuddle again. If you both decide you want to date, you can date. If you want to form a chess club, you can do that. But the core experience is just to enjoy the moment.

Will people really be using the app for platonic cuddling?

I hope so! Platonic cuddling isn’t something that’s part of our culture right now, so the people who want to make a space for it are going to have to build it with us. I see this as something where we’ll evolve the app as it grows an audience and people tell us how they use it and what they’d like to see added or changed next.

Is this part of a broader backlash to, or desire to escape from, Tinder?

I wouldn’t say this app is specifically a "backlash" to Tinder, but the core experience of Cuddlr is all about respecting and connecting, rather than looking and judging. So in that sense they are more or less opposite. I could easily see both apps sitting side-by-side on the same phone, and one person could use either one depending on what they’re looking for at a given moment.