Another celebration of the late comedian's "terrifyingly fast" wit 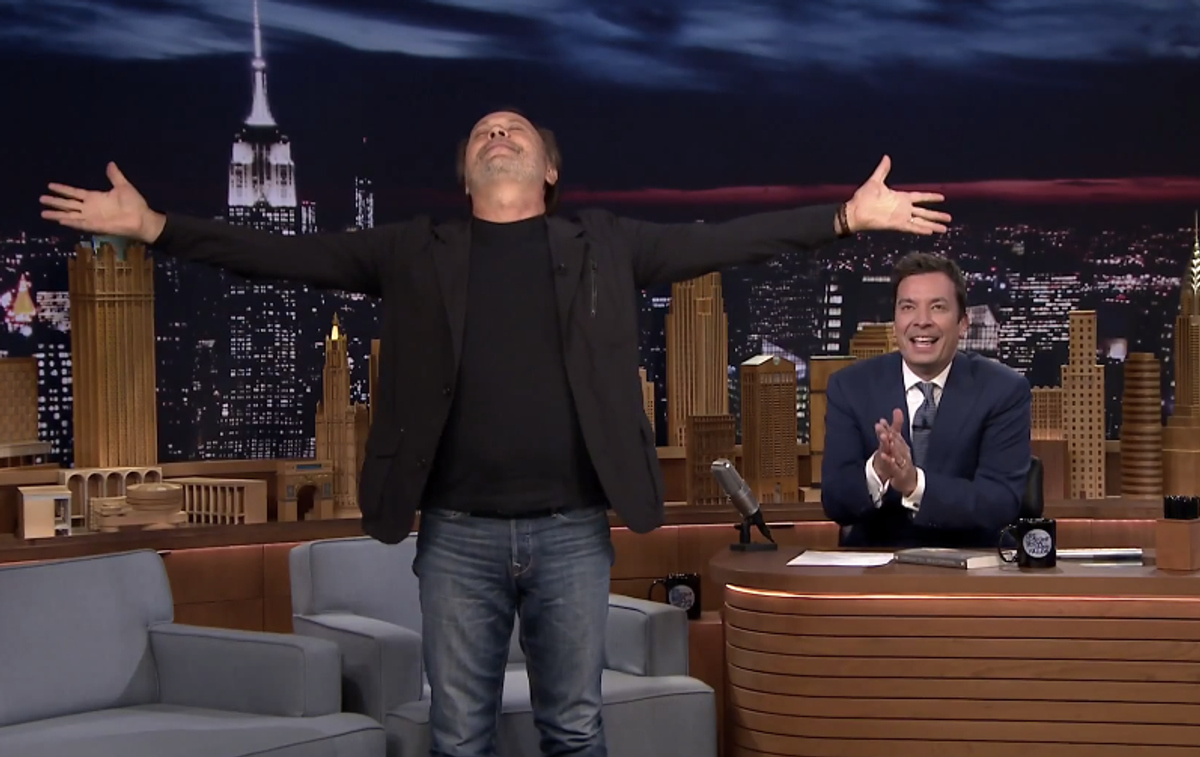 It's been about one month since the world lost one of its greatest, brightest minds, comedian Robin Williams. His longtime friend Billy Crystal, who is still mourning Williams' death and who gave a wonderful tribute to him at the Emmy Awards, appeared on "The Tonight Show" on Thursday night, where he swapped stories with host Jimmy Fallon about the legend who left too soon.

Among the stories that celebrate his "terrifyingly fast" wit: a hilarious bus ride with Fallon, Crystal and Williams, Martin Short, Rob Reiner, Danny DeVito and Jon Lovitz and the second Comic Relief event with Michael Dukakis.

A previous version of this story misidentified the "second Comic Relief event" attended by Billy Crystal and Robin Williams as a "campaign event." The error has been corrected.