Several female students had to be hospitalized for extreme intoxication -- plus one male, who shared a girl's drink 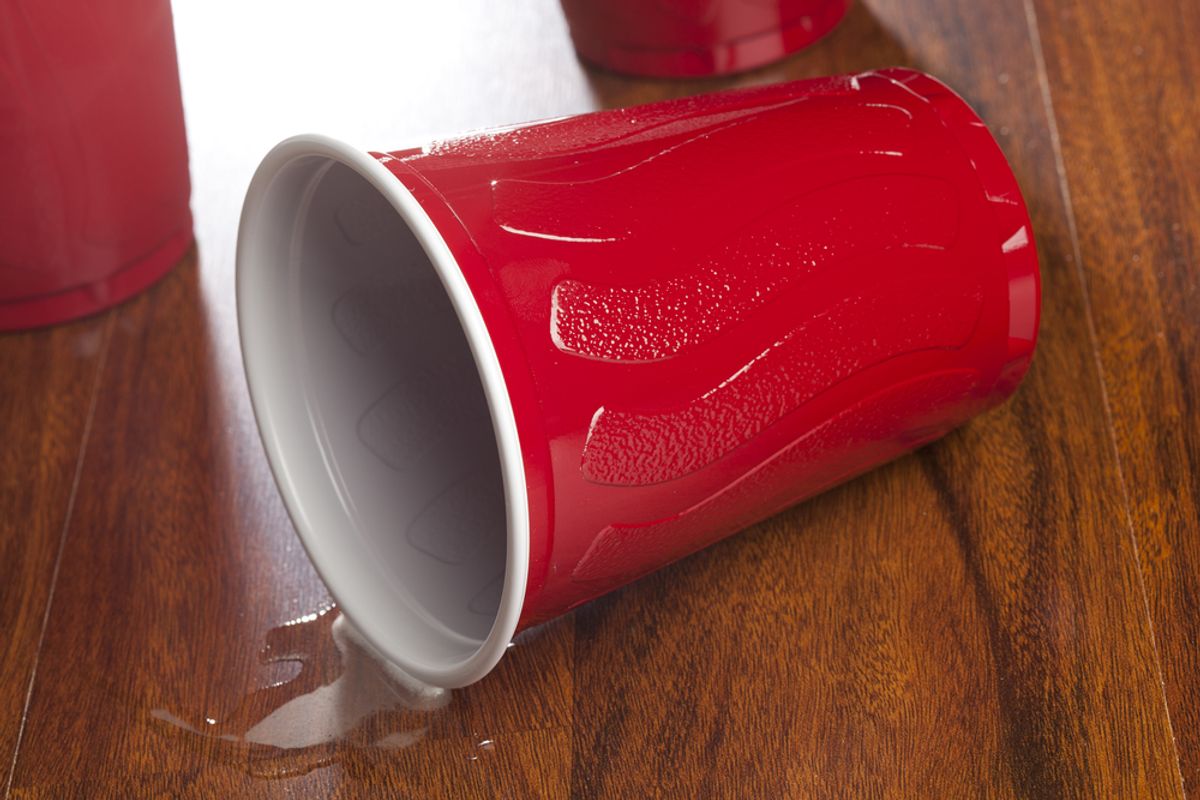 Police are investigating a reported color-coded system for drugging young women at a University of Wisconsin-Milwaukee fraternity after three female students and one male had to be hospitalized for extreme intoxication. According to the police report, members of the UWM chapter of Tau Kappa Epsilon drew different colored X-marks on the hands of visitors -- black for men, red for women -- at a house party last weekend. The red marks allowed female guests access to different beverages, which were likely spiked with at least one "date rape" drug; the male student who was hospitalized claimed he drank from his female friend's cup.

The Milwaukee Journal-Sentinel reports that police responded to multiple calls to an on-campus dormitory early on Saturday morning, where they discovered several students blacked out, so intoxicated they could barely stand. All said they had been drinking at the TKE house, and others who attended the party told law enforcement officials that they saw "bartenders" mixing some drinks conspicuously under the bar, returning "cloudy" vodka-based drinks to guests. So far, one UWM student -- likely a member of TKE -- has been arrested.

The fraternity was investigated last year on three sexual assault charges, the Journal-Sentinel reports, and the most recent investigation has prompted university officials to take action:

"We are deeply concerned about these allegations because the safety of our students is our No. 1 priority," UWM spokesman Tom Luljak said Thursday. "Our police are aggressively pursuing this investigation to determine exactly what happened and who may be involved." ...

UWM on Thursday suspended the fraternity's affiliation with the university for at least as long as it takes for police to conduct their investigation, Luljak said. Once the investigation is completed, additional actions could be taken by the university, he said.

Apparently, the alleged system of color-coding laced drinks for female students was not surprising to some visitors. From the police report:

Police followed up later with the women who were severely intoxicated. One told officers that a Facebook posting said Tau Kappa Epsilon had tried to "roofie" women -- that is, give women a "date rape" drug that renders them unconscious -- during the party the night before. She recalled a fraternity member got upset when she went behind the bar to pour drinks and was physically removed. She also told officers she had a "weird feeling and sensation prior to blacking out."

When asked if the party was a "special ladies' night party," one of the hospitalized women told an officer that it was not. "This is how it usually is," she said. "Girls always get wasted there."