Creationism is just the start: How right-wing Christians are warping America's schools 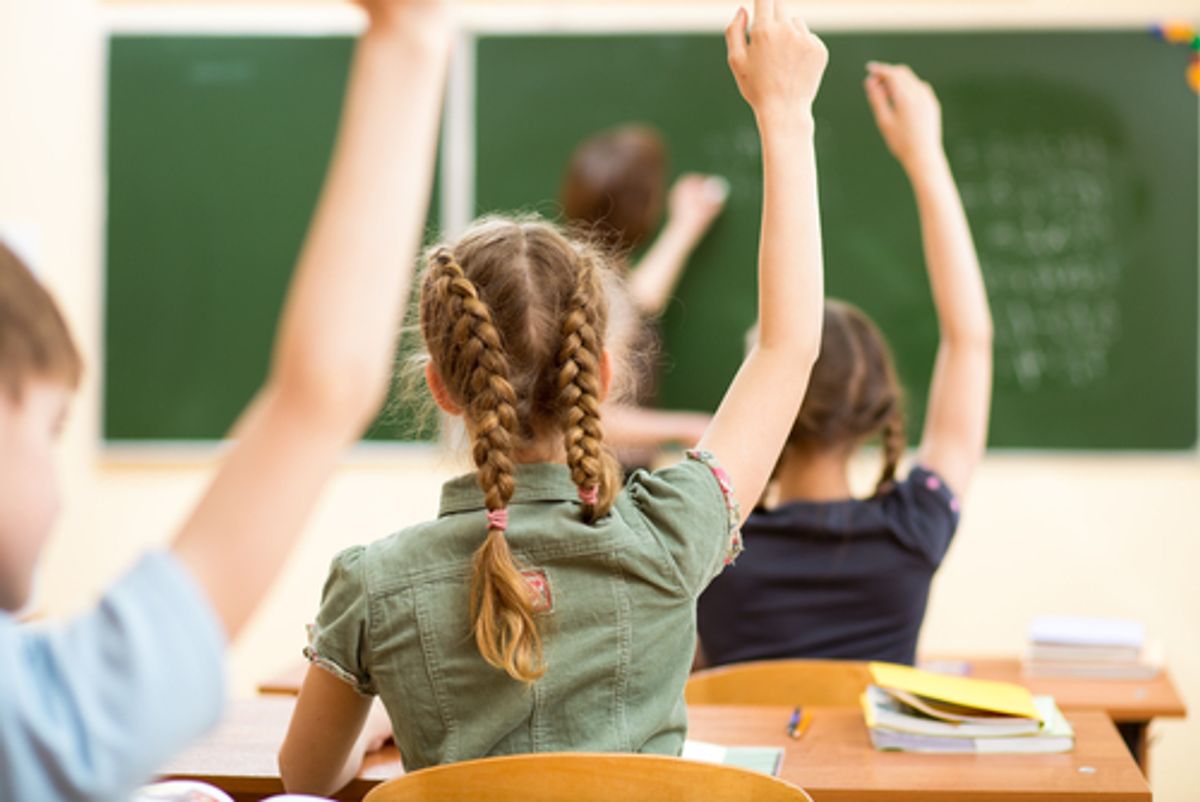 One of the biggest obstacles for the conservative movement when it comes to recruiting new members is, to be frank, reality itself. History, science, economics are all fields constantly churning out information that makes right-wing ideology look silly, nonsensical and even delusional. In response, the conservative movement has launched a massive media campaign against reality that spreads out on Fox News, talk radio and the web, but despite all this, conservatives are not satisfied. The kids are who conservatives really want. That’s why the right is relentless about its attempts to get into public schools, throw out actual information and replace it with false and misleading ideology. Whether or not they’ll actually be successful in tricking kids into becoming conservatives is up for debate, but in the meantime, they are doing a lot of damage to childrens' ability to get a decent education.

The latest battle in the ongoing war to turn public schools into propaganda machines for the right is being fought in the state of Texas. The state is often at the center of conservative-fomented education controversies, as right-wingers there keep trying to sneak creationism into the science classroom. Texas also continues to maintain its abysmally high teen pregnancy rate by pushing sex “education” that usually doesn’t bother to mention contraception. While the right has been losing some ground on those two issues, a new report from the Texas Freedom Network suggests that conservatives have been able to inject a shocking number of lies and disinformation into public school history classrooms.

And while it may be tempting to think kids getting a subpar education is a red state-only problem, in reality what happens to Texas affects the rest of the country, including blue states. Because of Texas' size, what they want in textbooks often becomes the only thing publishers are willing to offer. Your kid may be going to school in some other state, but what she reads in class may be decided by what some right-wingers in Texas want to indoctrinate kids into believing.

As the Washington Post reports, a group of 10 scholars in politics and history examined the proposed textbooks and found that they were stuffed full of lies and distortions, intended to trick students into believing right-wing myths about government, racism and whether or not America is supposed to be a “Christian nation.”

Emile Lester, a political science associate professor at the University of Mary Washington in Virginia, was one of the reviewers. The State Board of Education and “these textbooks have collaborated to make students’ knowledge of American history a casualty of the culture wars,” he writes in his report.

Edward Countryman, a professor of history at Southern Methodist University who also worked on the report, concurred, accusing the State Board of creating textbook standards that have a “combination of incoherence, poor construction, and attempted indoctrination” in lieu of actual intent to educate students.

Digging into the textbooks themselves, it becomes clear that one major theme is trying to trick students into believing that America was founded as a Christian nation and that there’s no real separation of church and state, despite the fact that this idea is found in the First Amendment to the Constitution. One textbook claims, falsely, that “the biblical idea of covenant” is what the nation’s founders based their concept of democracy on, even though the Bible is full of kings and princes but makes no mention of democracy. (In reality, the founders based their idea of democracy on the ideas of Enlightenment philosophers.) Another book argued that the founders drew inspiration from Moses, on the grounds that Moses created the idea of a “written code of behavior.” Needless to say, the concept that nations need laws has existed in all civilizations throughout recorded history, and as the Texas Freedom Network points out, the constitution’s guarantee of free exercise of religion comes in direct conflict with many of the 10 Commandments that require you to believe in God.

As the Texas Freedom Network report writes, “the Founders were reacting against several of the crucial elements of the moral, legal, and political tradition associated with Moses and the Ten Commandments.” That’s stating the case gently, as Moses explicitly set out to create a theocracy, whereas Thomas Jefferson argued that there should be a “wall of separation between church and state.” The fact of the matter is that these books are lying, bald-facedly, about the history of this country for the purpose of hoodwinking students into believing that ours is not a secular county and that it’s okay for the government to force Christian rituals and beliefs on the citizenry.

The attempts to indoctrinate children into the belief that America is basically a Christian theocracy are bad enough, but that’s not the only conservative agenda item the books are trying to trick students into buying. The books also try to subtly discredit the civil rights movement by implying that segregation wasn’t so bad, with one book arguing that white and black schools had “similar buildings, buses, and teachers,” which the researchers argue “severely understates the tremendous and widespread disadvantages of African-American schools.”

Researchers also found that the books were playing the role of propagandist for unregulated capitalism. One textbook argues that taxes have gone up since 1927, but society “does not appear to be much more civilized today than it was” back then. It’s an assertion that ignores the much reduced poverty and sickness, improved education, and even things like the federal highway system, all to make an ideological point. Another book argues that any government regulation whatsoever somehow means that capitalism ceases to be capitalism, a stance that would mean capitalism has never really existed in all of history.

That these books are stuffed full of lies and propaganda is not a surprise. From the get-go, the State Board of Education made it clear it  was far more interested in pushing a right-wing ideology on students than actually providing an education. In July, the Texas Freedom Network reviewed the 140 people selected to be on the panels reviewing textbooks. Being an actual expert in politics or history practically guaranteed you couldn’t get a slot, as “more than a dozen” Texas academics with expertise who applied got denied, while conservative “political activists and individuals without social studies degrees or teaching experience got places on the panels.” Only three of the 140 members of the panel are even current faculty members at Texas universities, but a pastor who used to own a car dealership somehow got a spot.

Textbooks should provide information instead of right-wing propaganda based on lies, but such is the stranglehold on power that Republicans have in the state of Texas that they can flaunt their desire to indoctrinate your children without much worry that the voters will kick them out over it.